Based on two meals a few months apart, I thought Birdsong was one of my favourite new restaurants in 2018 – the menu was focused, the kitchen worked like a well-oiled machine, and the front-of-house was well-trained. They were duly rewarded with a Michelin star at the end of the year. As they near their first anniversary, an anniversary of our own was occasion to celebrate, and I thought a revisit was in order. 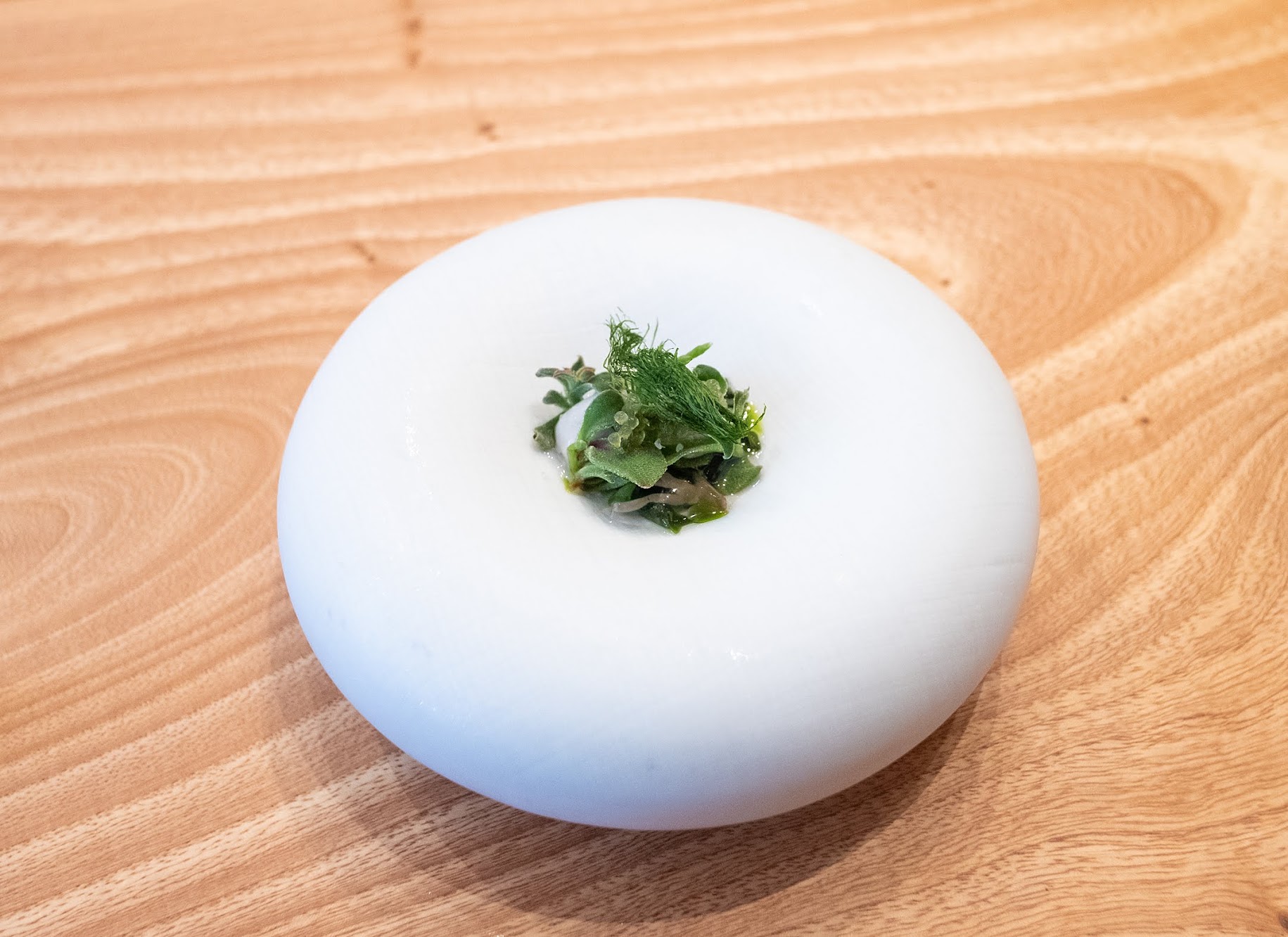 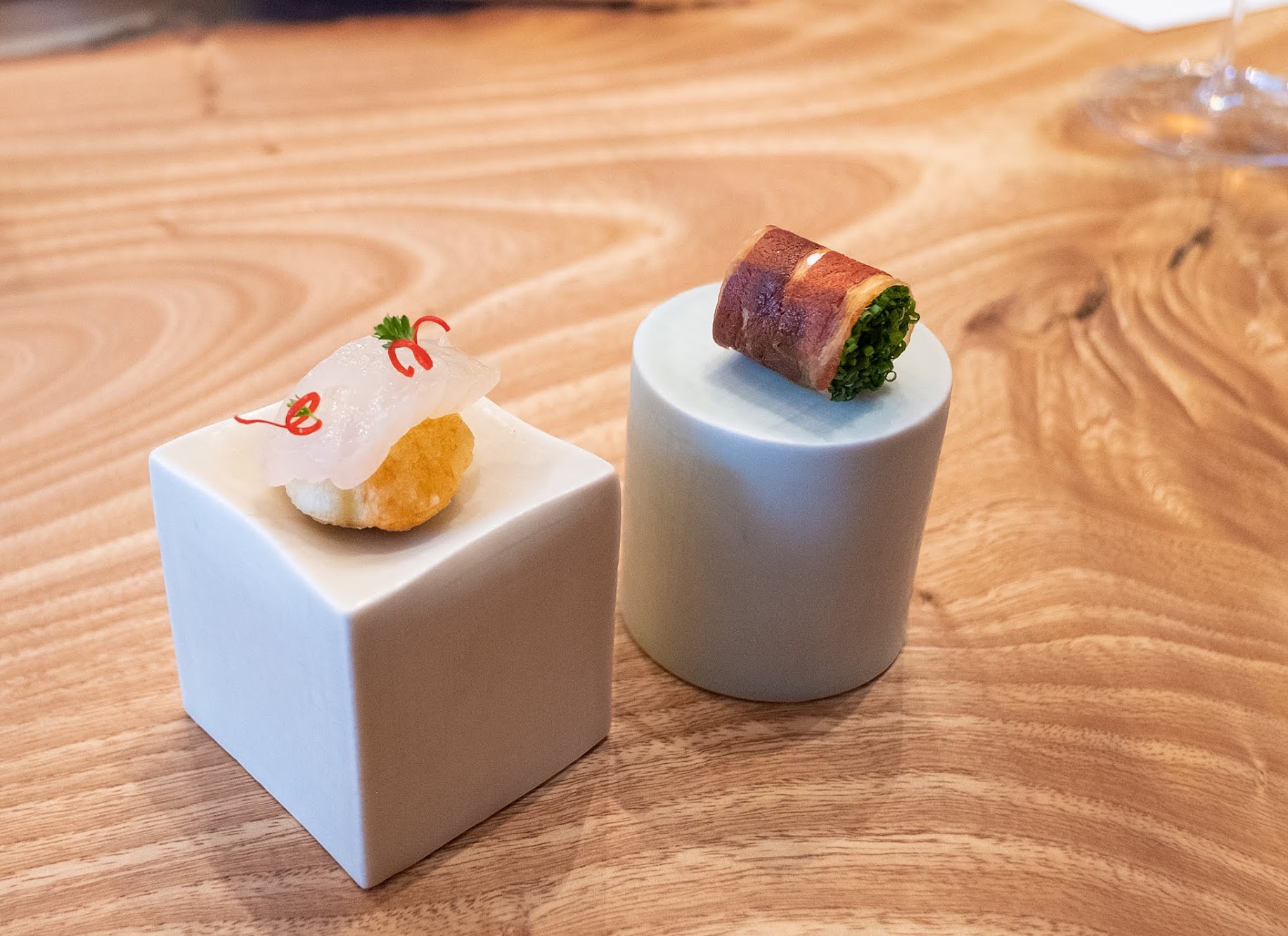 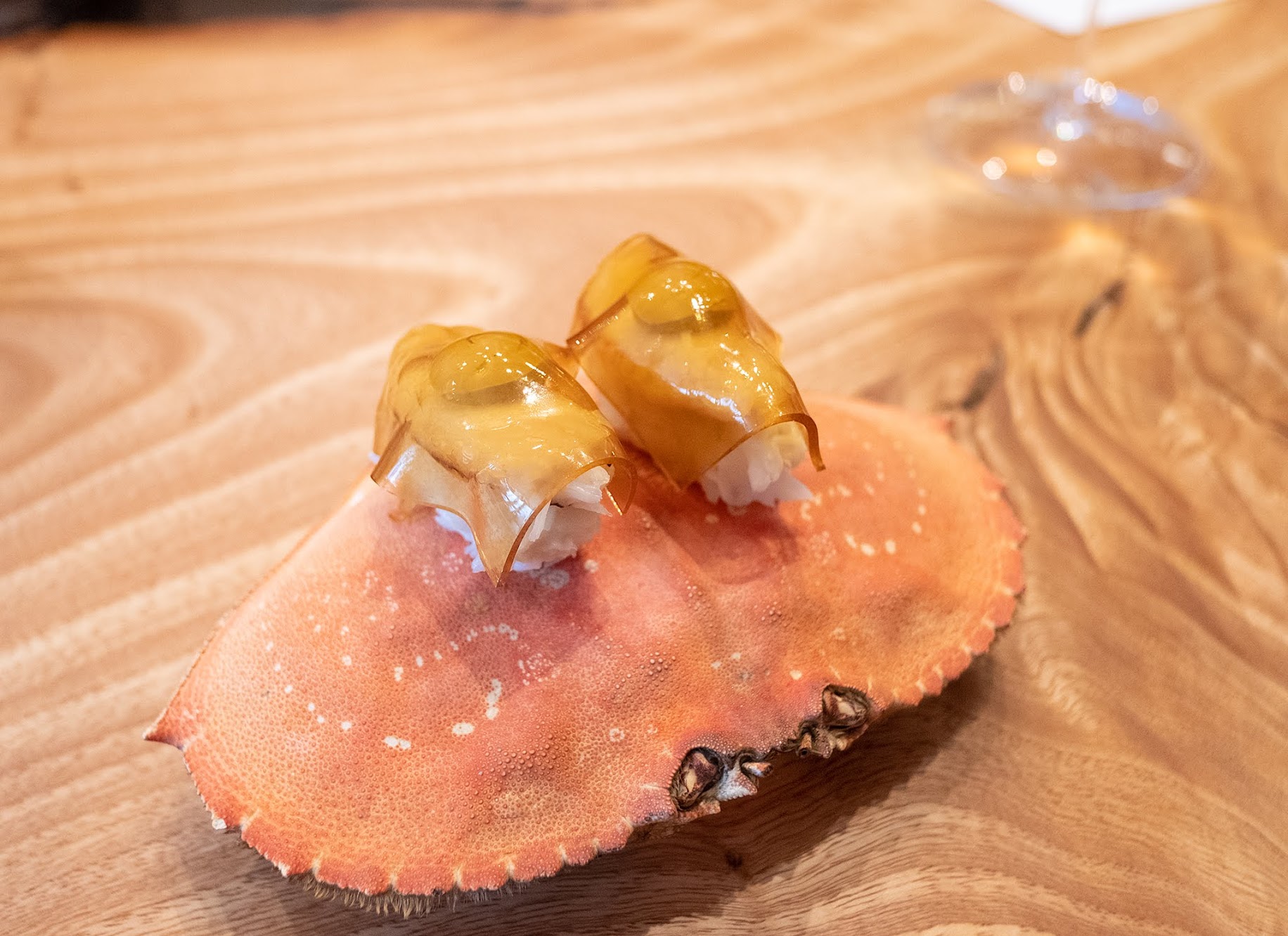 Dungeness crab cake and a jelly of its shell
The first three bites were familiar from my previous meals. The crab here was the first new course, and it was excellent. The kitchen very deftly used all the meat to create a combination of textures, while amplifying the crab’s sweetness. 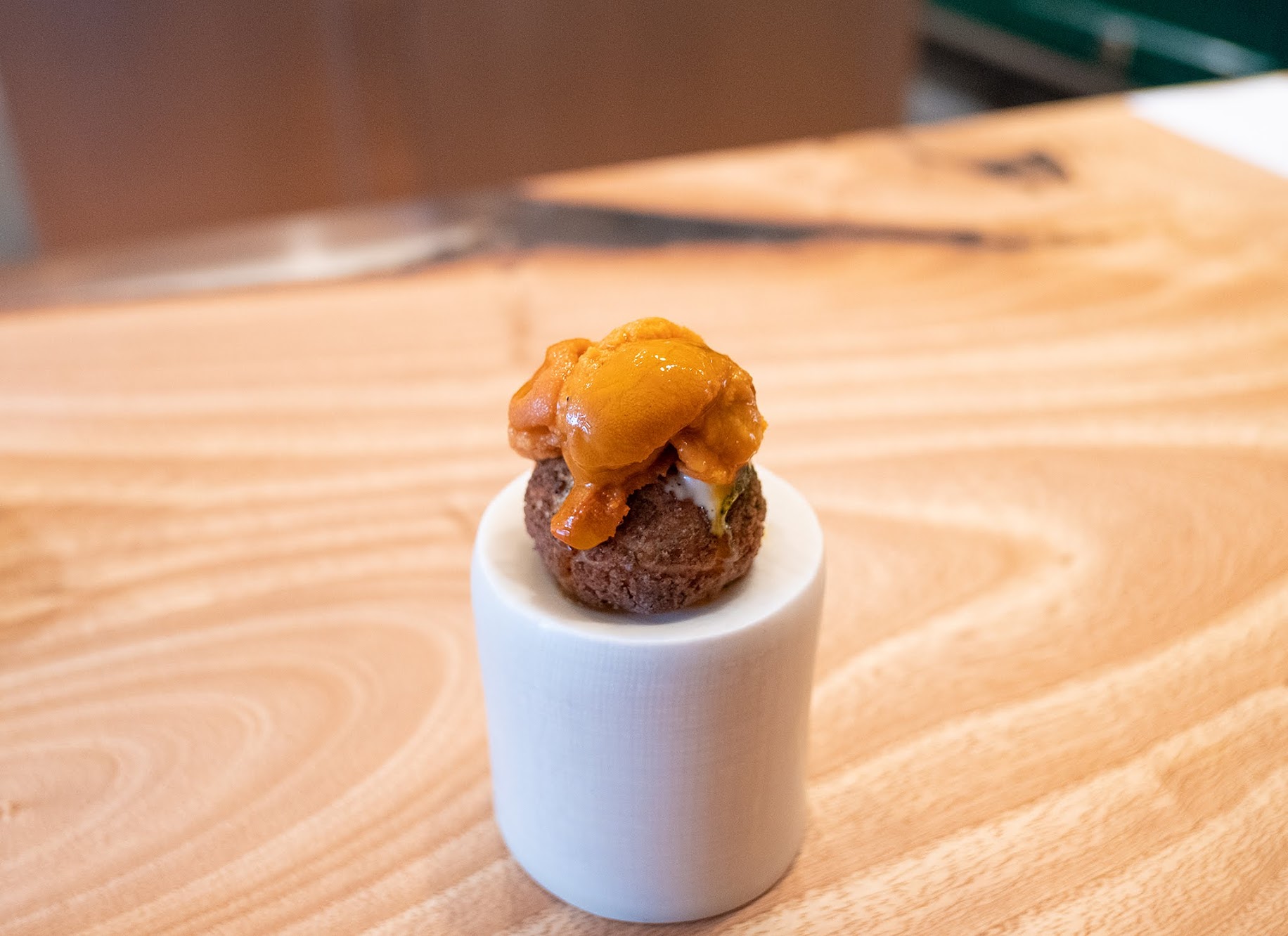 Fort Bragg uni, pâte à choux
Caramelized white miso hollandaise, fermented shitake
I don’t typically swoon over uni, but this was superb. Temperature, texture, flavour, balance – perfect. If it isn’t already, I hope this becomes a permanent amuse here – it has the makings of a signature bite. 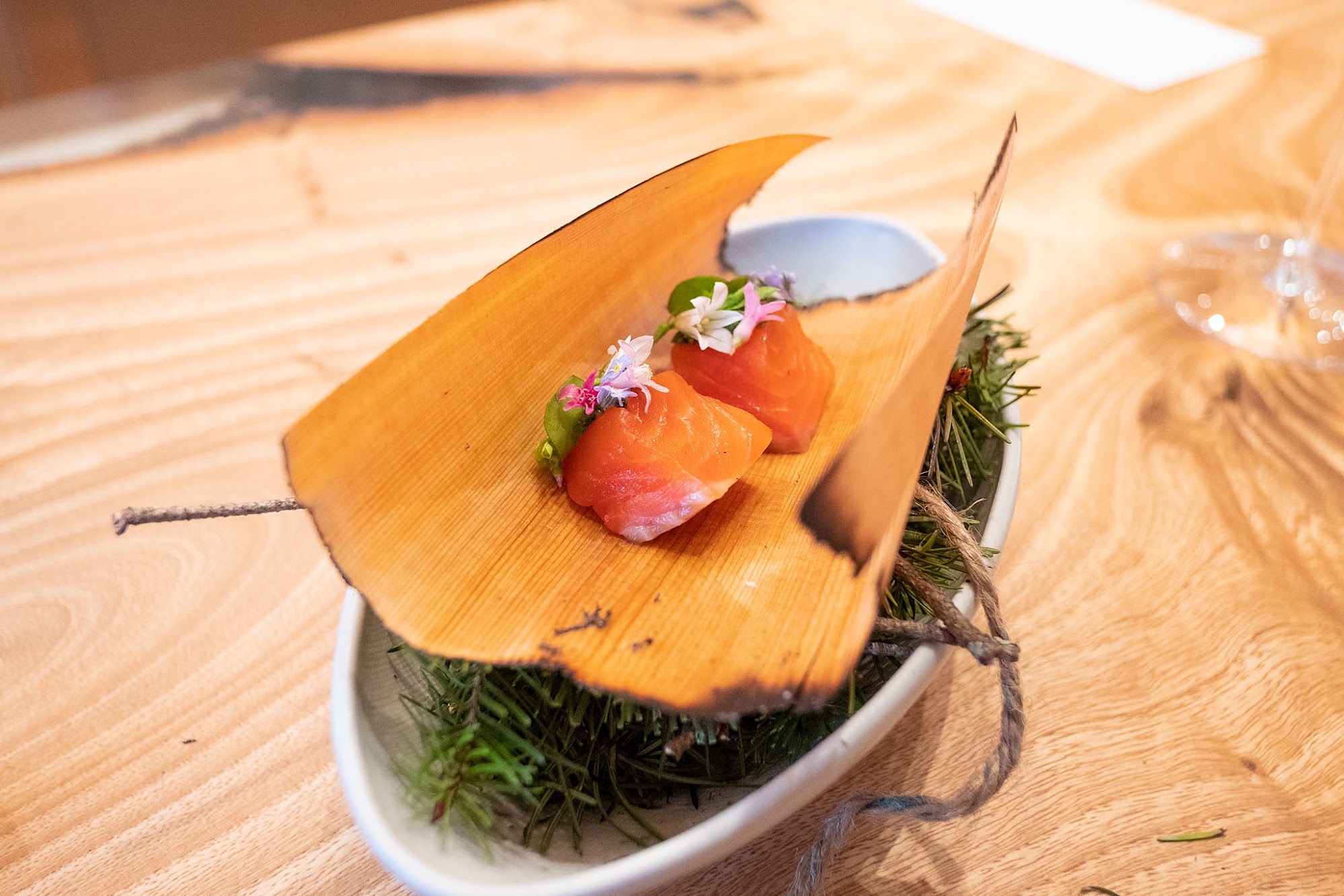 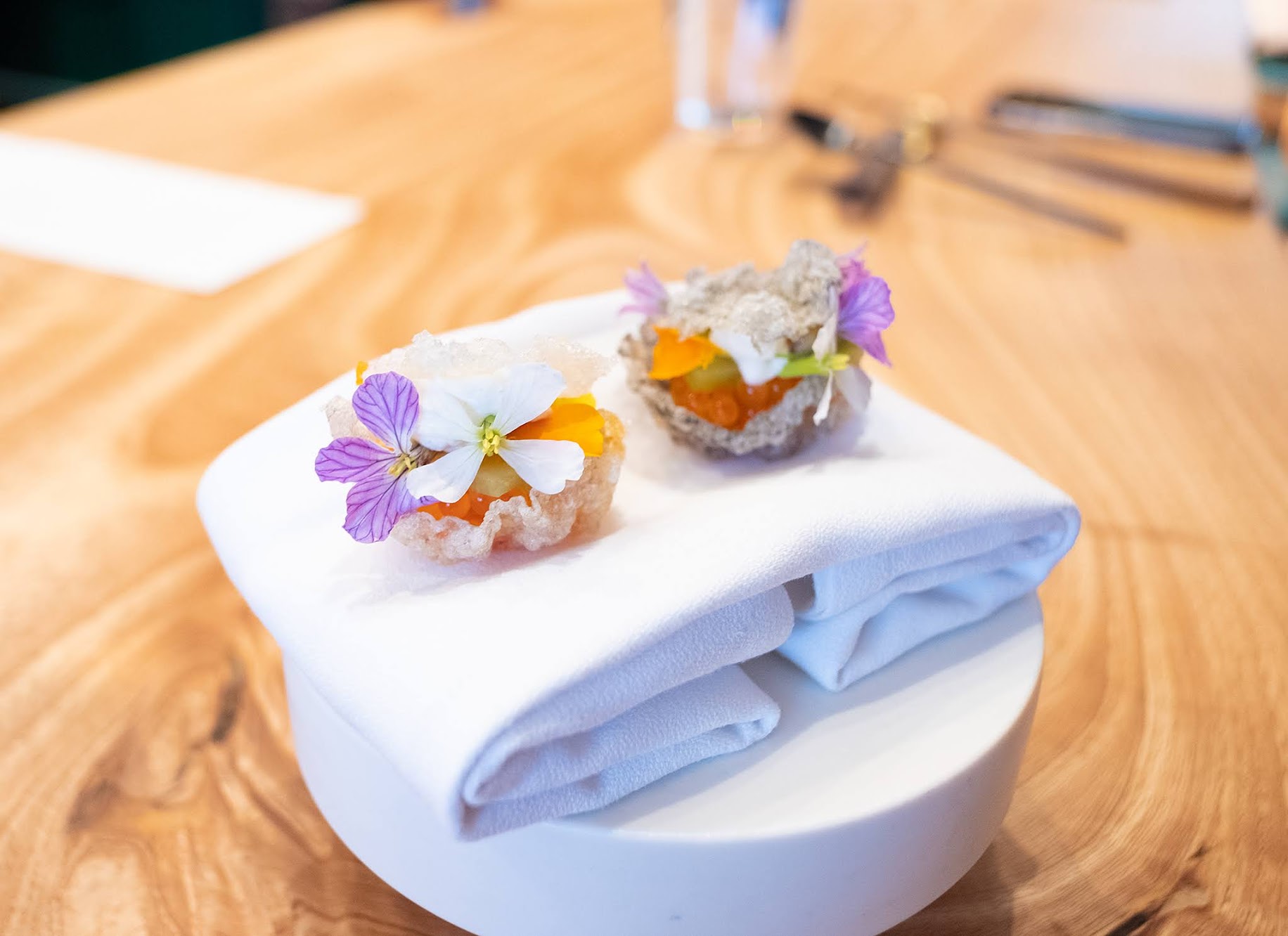 Sandwich of trout skin
Trout roe, spine meat, horseradish cream, cucumbers
The courses of Mt. Lassen trout were also holdovers from previous meals. A nice tweak to the skin sandwich was (I think) more emphasis on the horseradish – I don’t recall it being as pronounced in previous iterations, and I enjoyed the punchiness here. 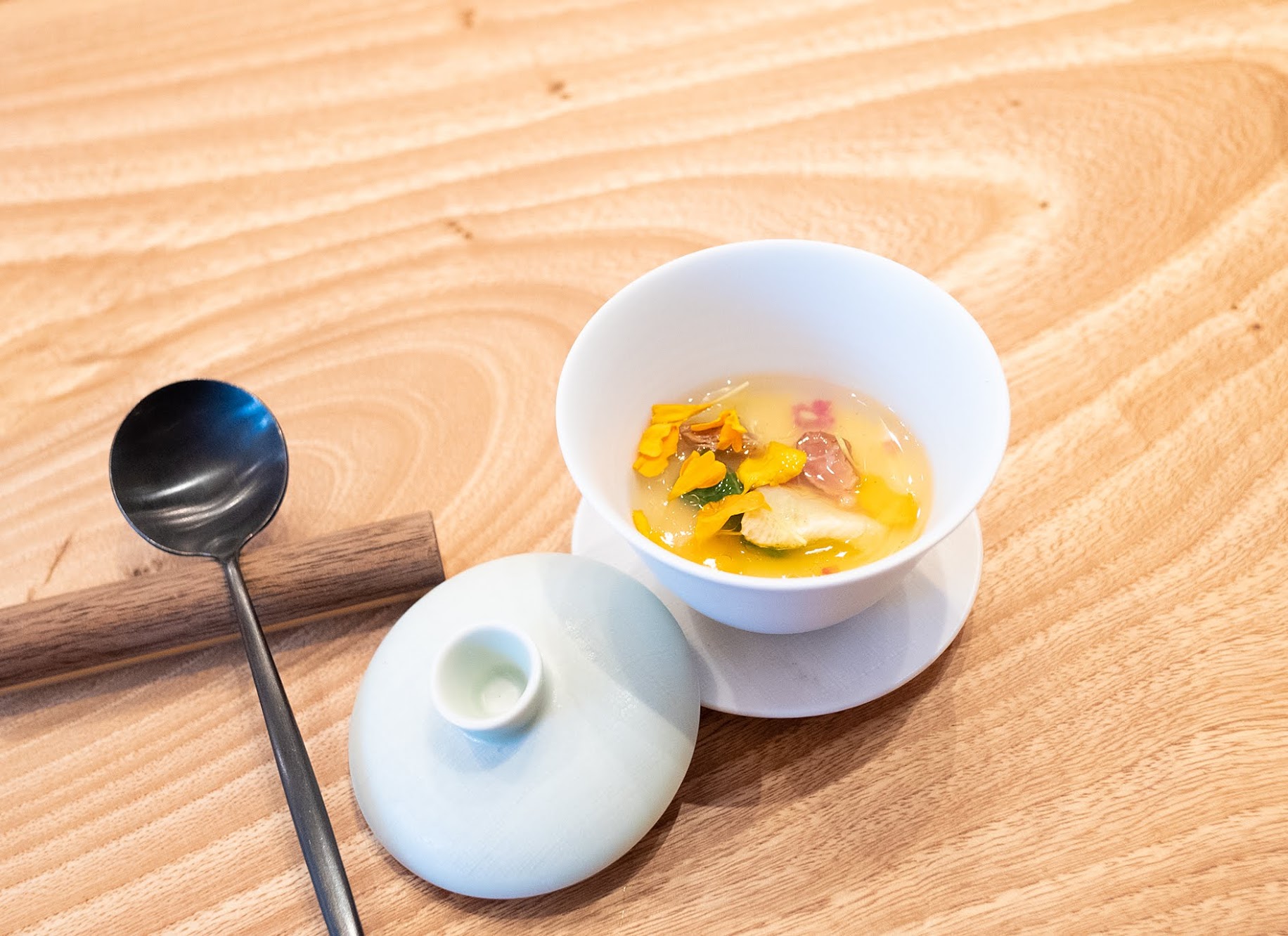 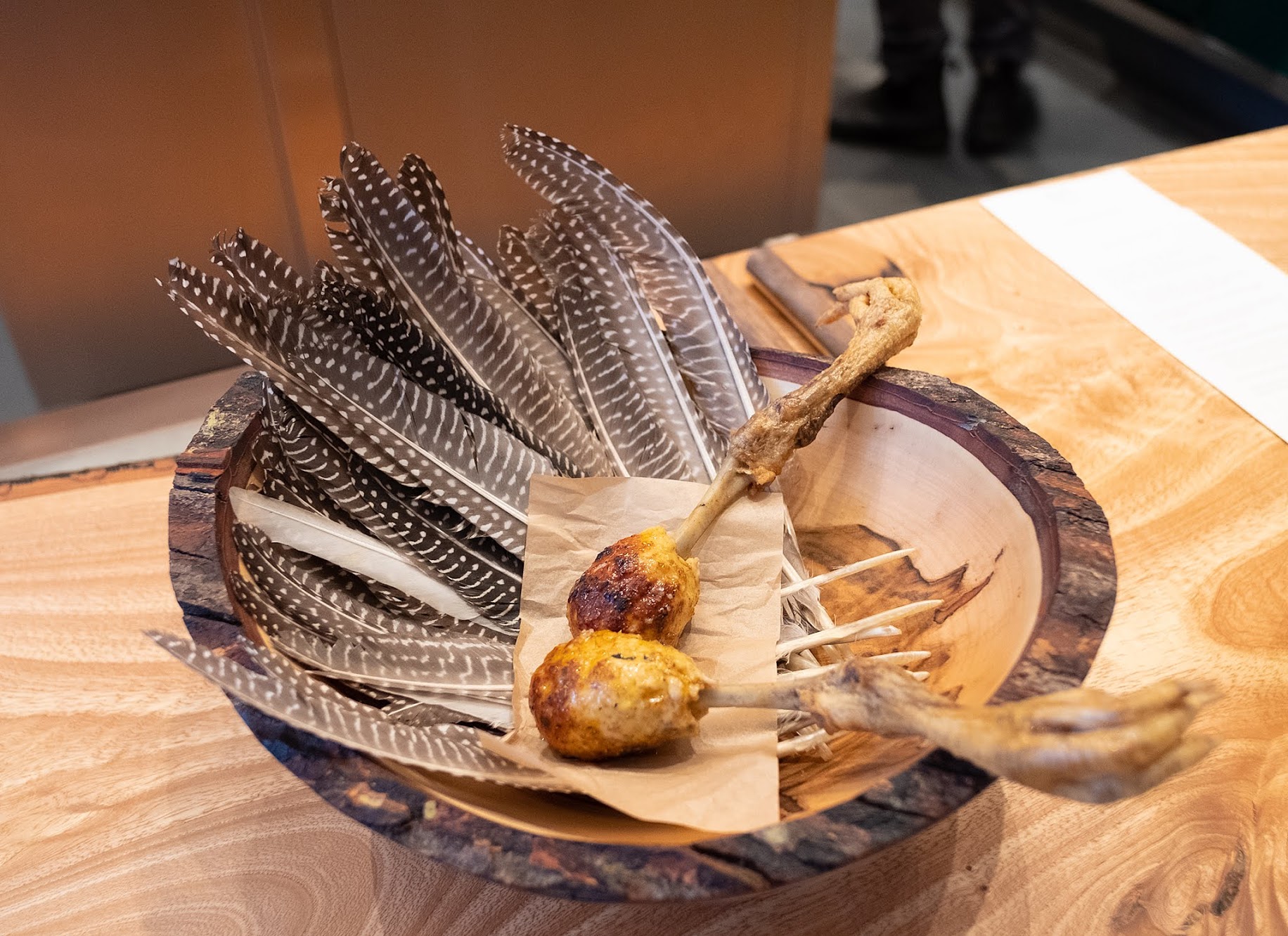 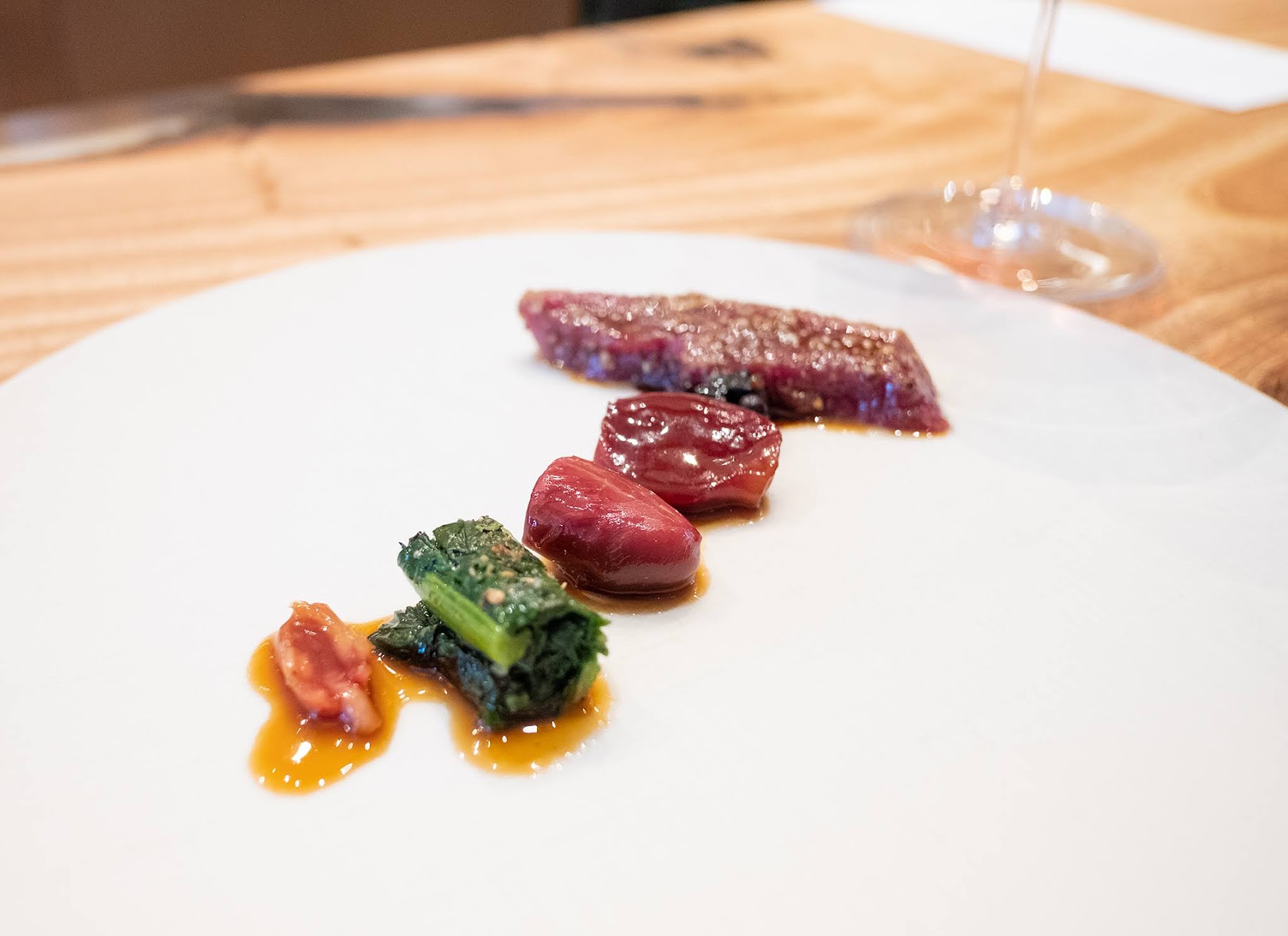 Aged Liberty Farms duck
Preserved huckleberries, black chestnut, mustard greens
Many parts of the bird were featured – breast (dressed in mustard spices), heart, gizzard, tongue, and even a ragout of various bits. Near-perfect cooking throughout, with my only niggle being that the dish was not quite warm enough. Still, I very much enjoyed contrasting all the different textures, and the seasoning was spot-on, with the mustard greens nicely balancing the minerality of the duck. 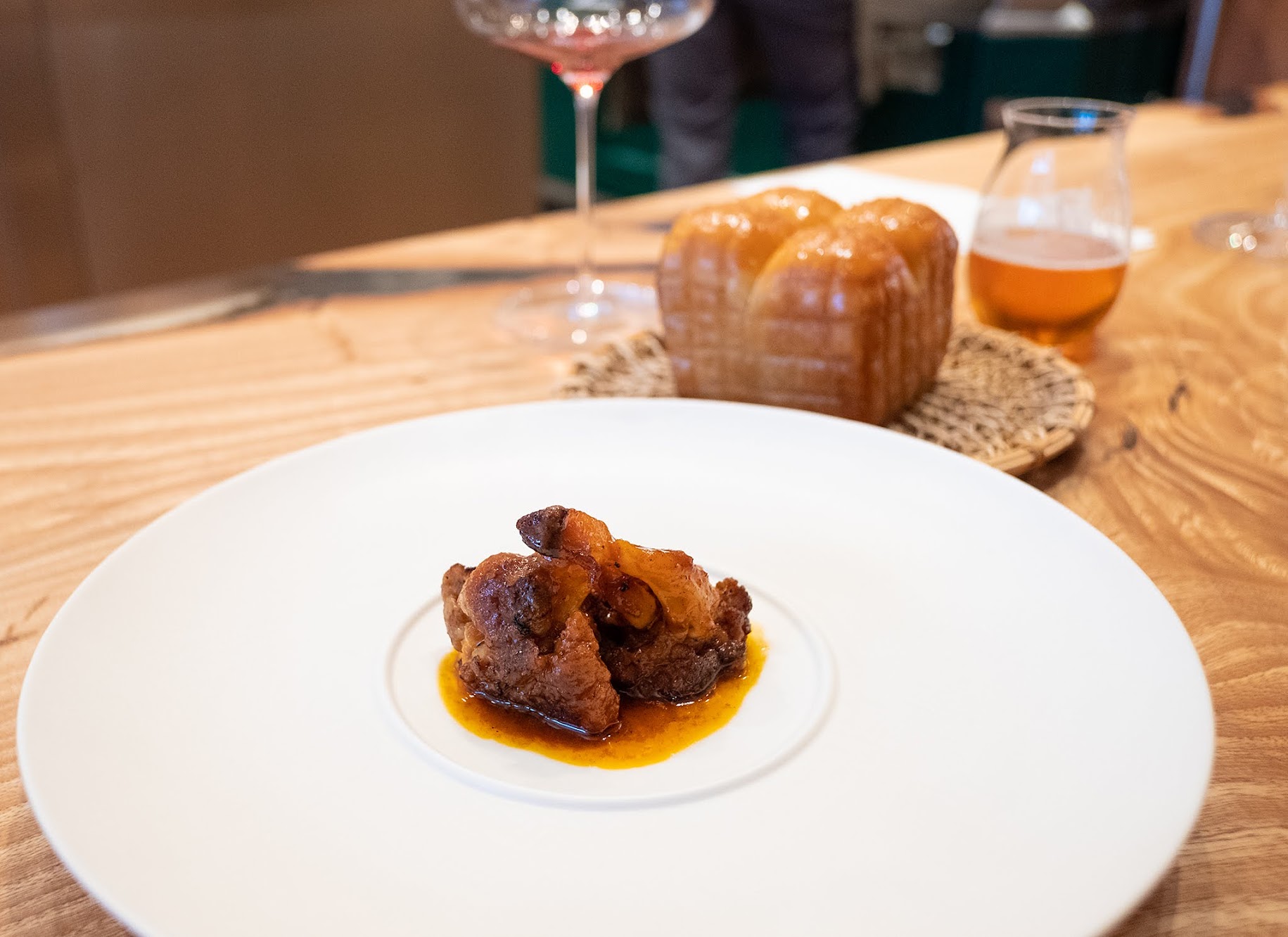 Country-fried cauliflower
“Raging Falcon” Birdsong hot sauce, Parker House rolls
I think Chris Bleidorn makes the best Parker House rolls in the city, and how better to take advantage of them than to sop up some housemade hot sauce from the fried cauliflower. This dish could’ve turned out clumsy, but instead showcased the kitchen’s ability to elevate the commonplace. 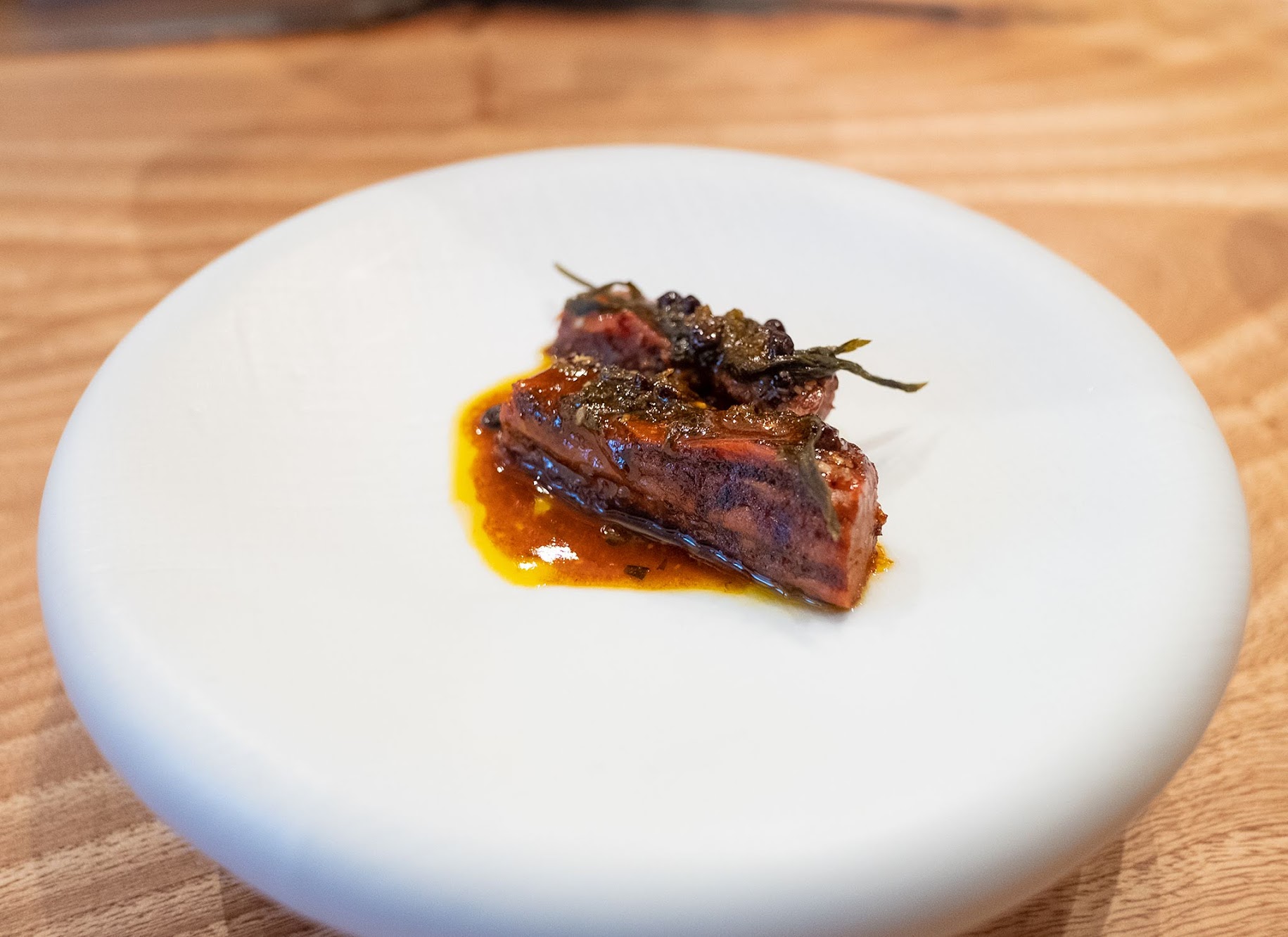 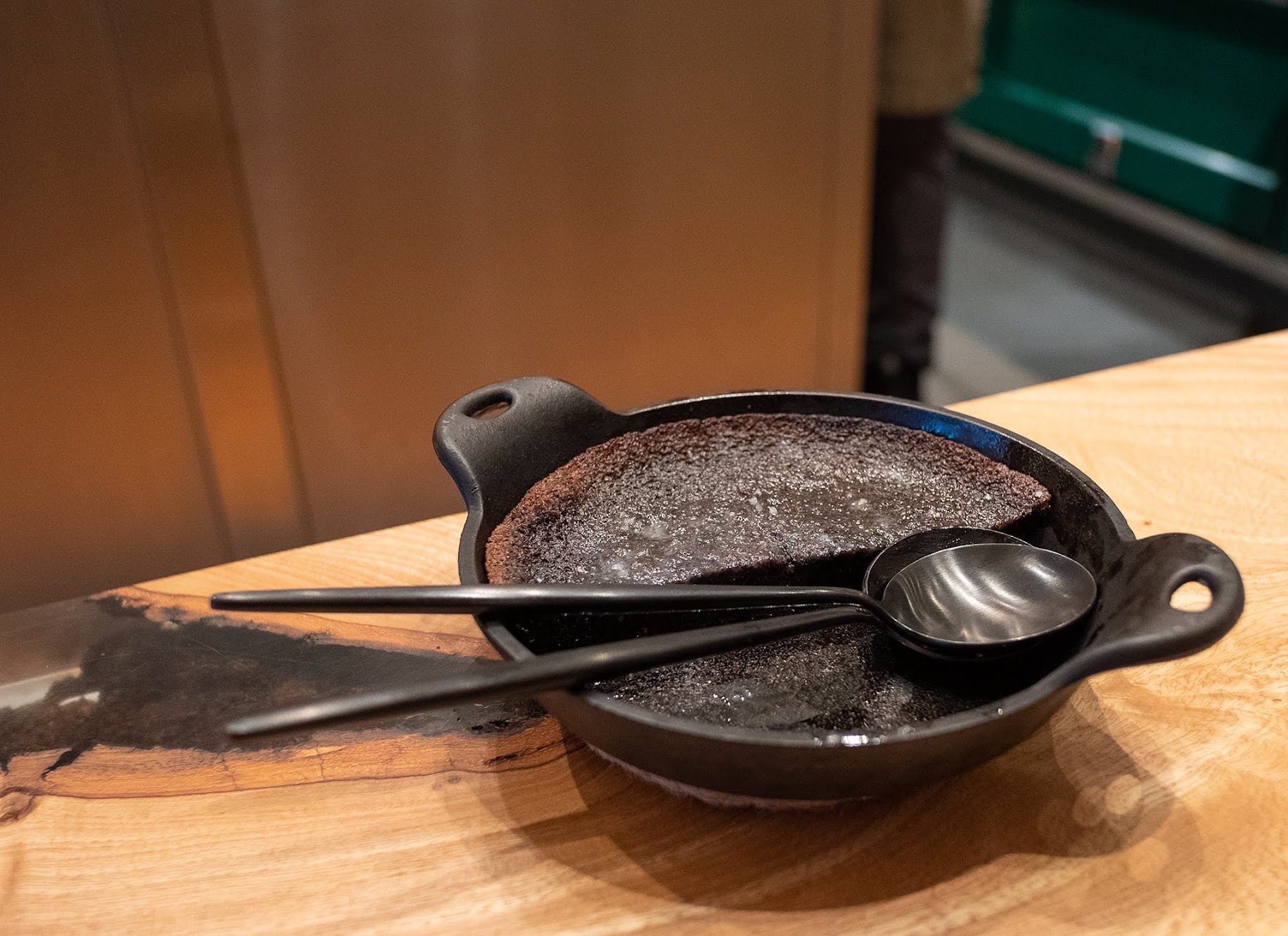 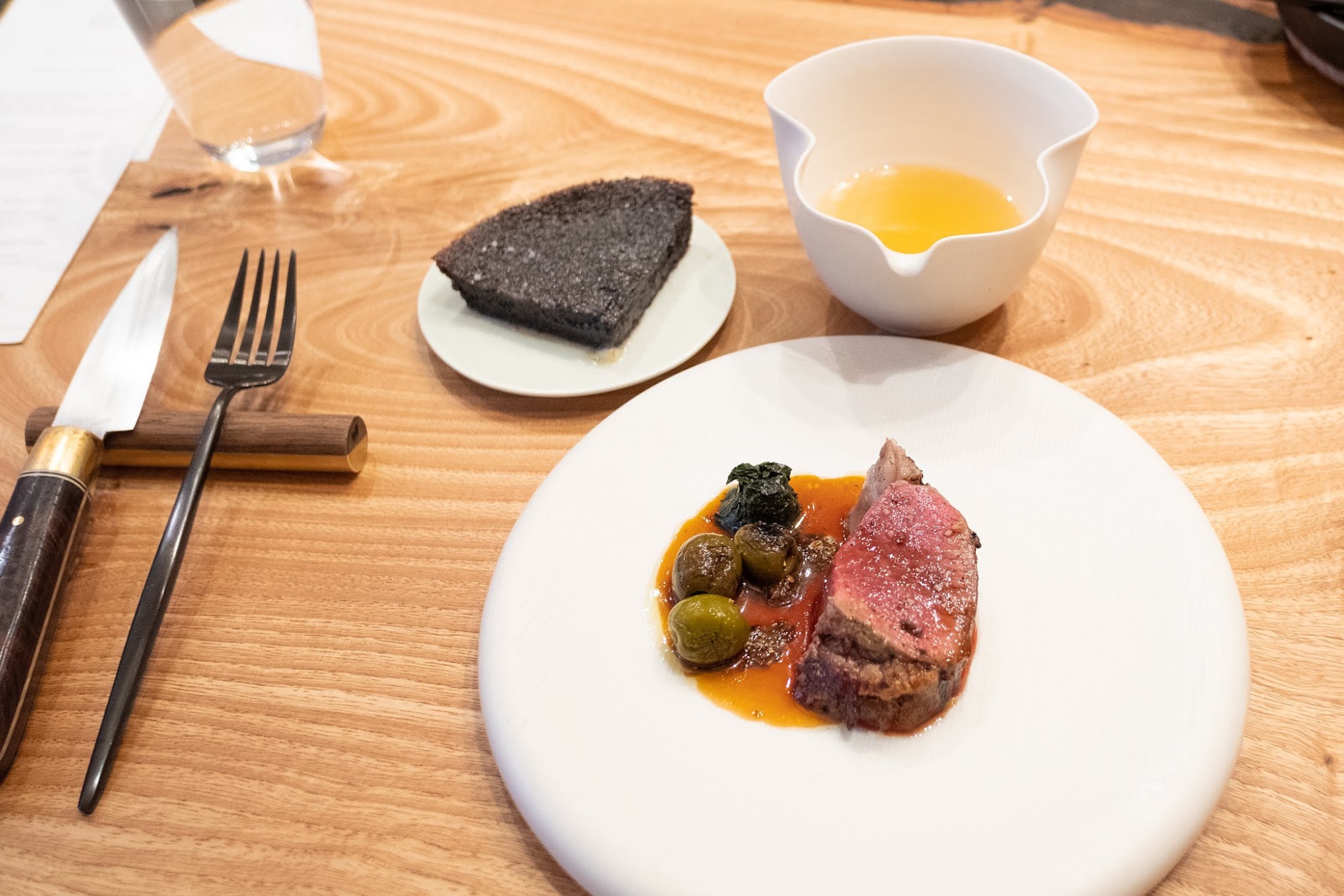 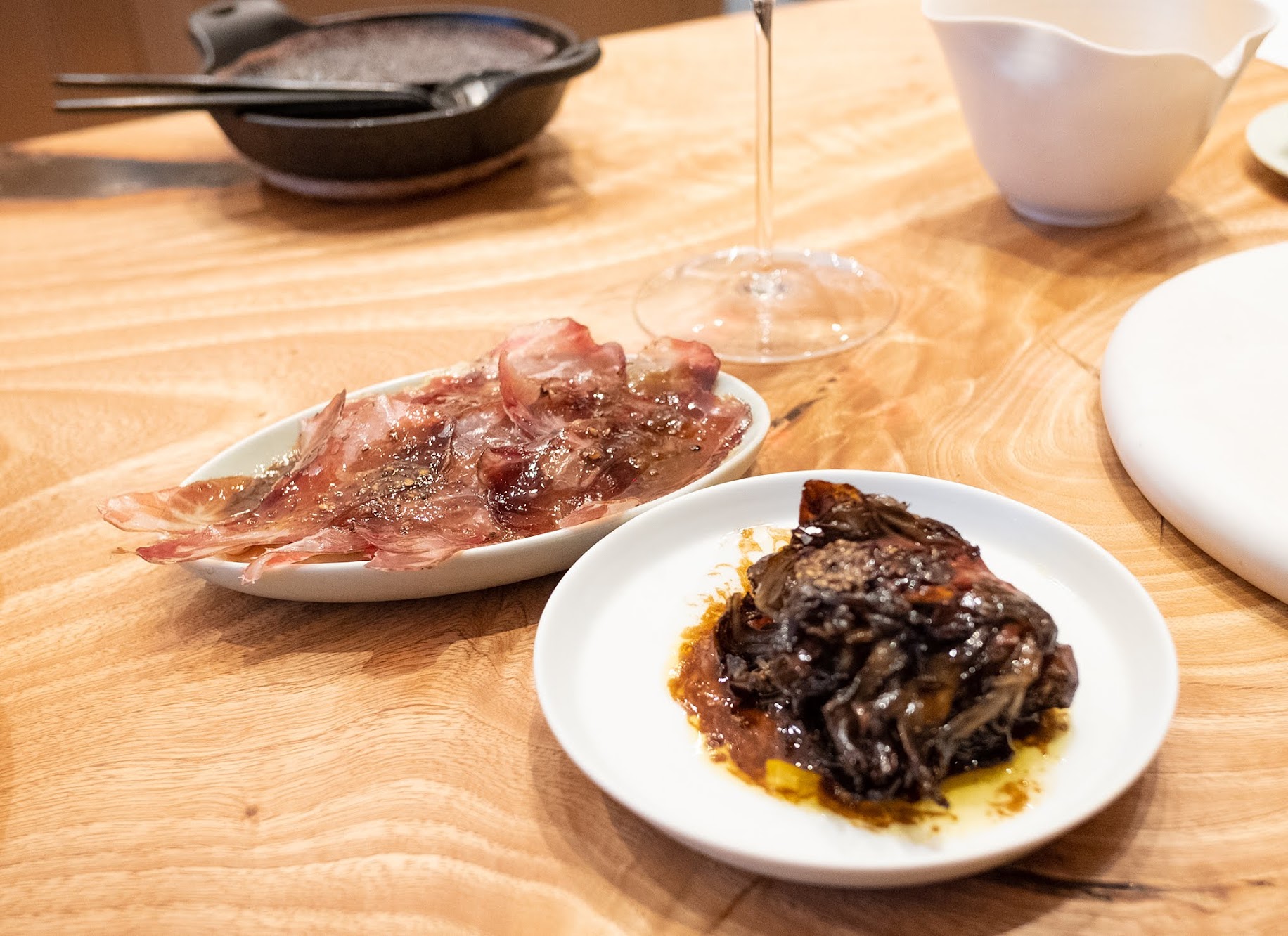 Grilled cardoons, lamb shoulder ham
Maitake, lamb loin farce, mushroom jus, toasted curry spices
A quartet of lamb arrived at the table simultaneously. There was whole muscle and a broth, then dried meat in the style of ham, and a farce with mushrooms – so many different flavours drawing from different parts of the world. Each bite burst with umami, and together the contrasting styles worked remarkably well. The accompanying (rather sweet) cornbread was perfect for sopping up the salty juices from every plate. Altogether, a very strong series of dishes. 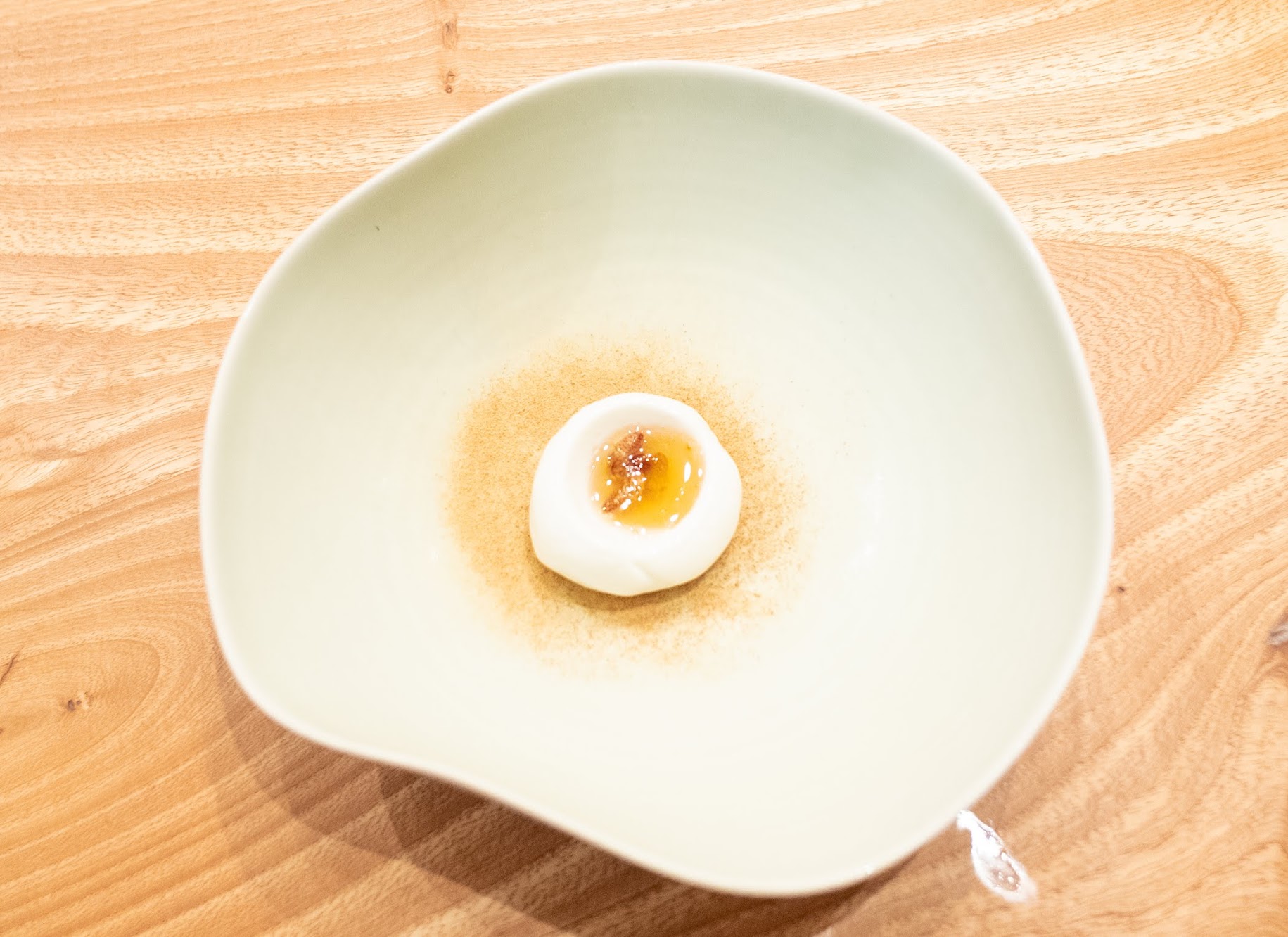 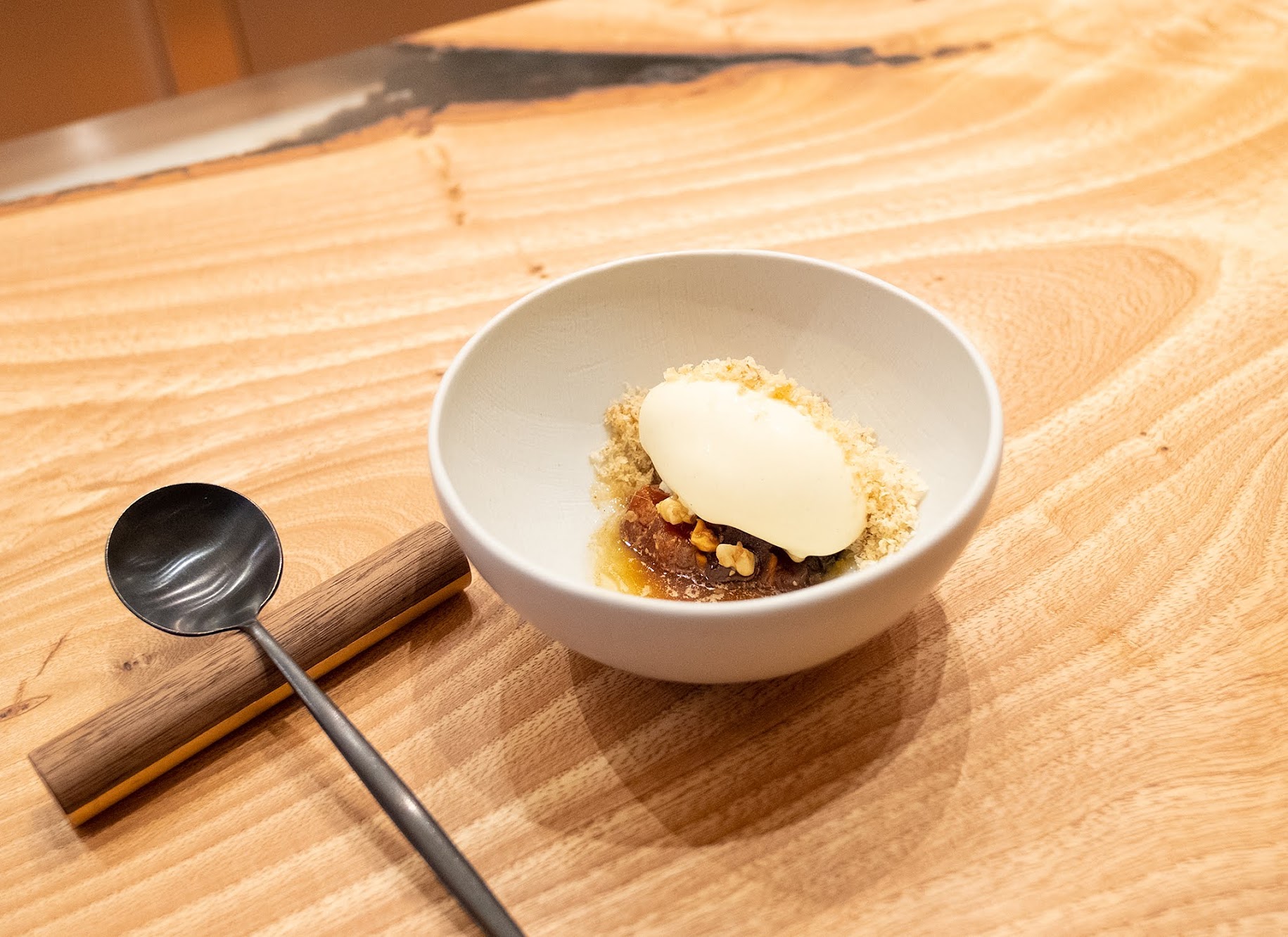 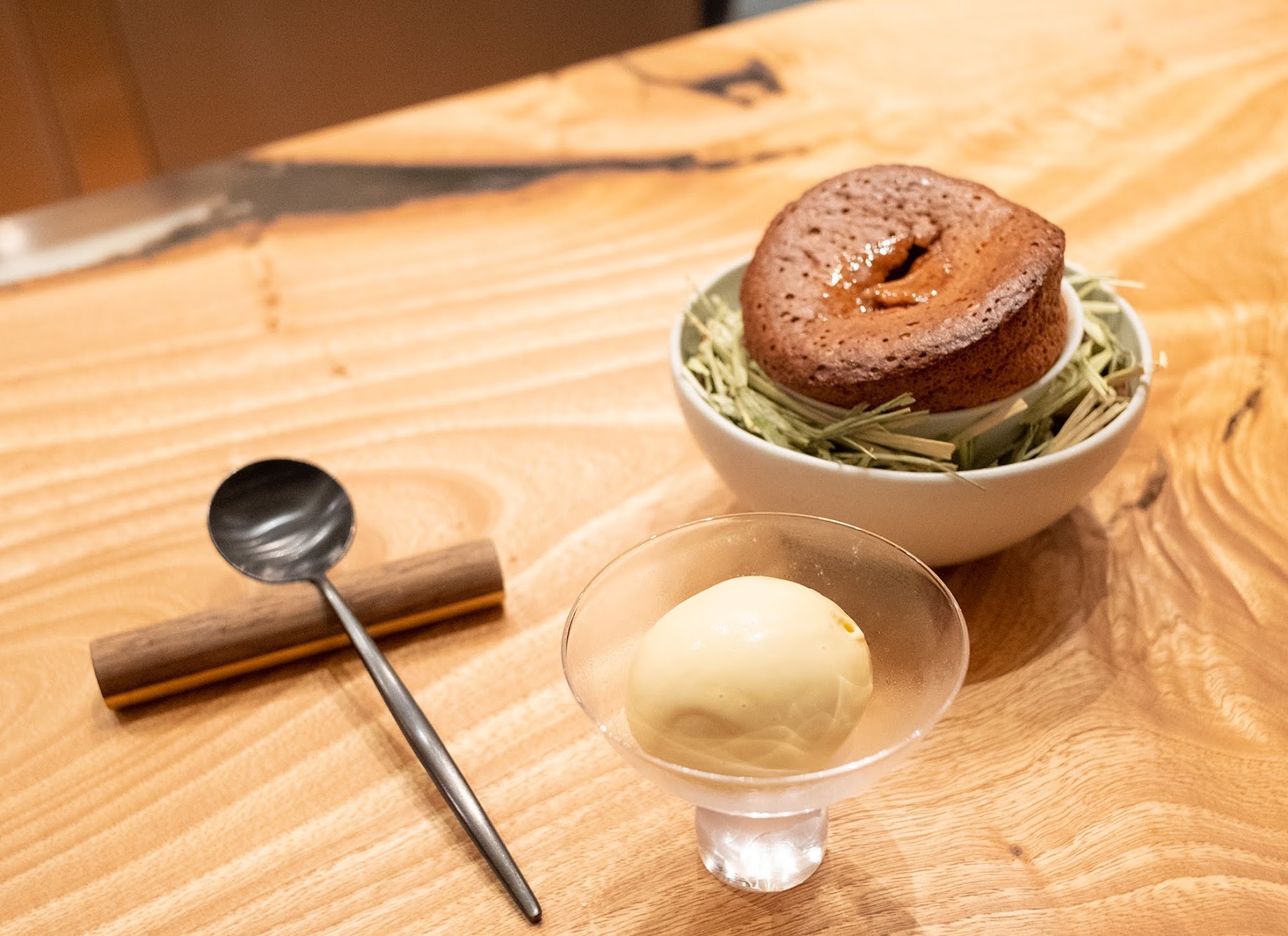 Just shy of a year old, and already such strong cooking from this growing team – this is why I have returned twice and plan to keep doing so. After our meal, we chatted briefly with Chris Bleidorn – among other things, he mentioned that Birdsong was the most expensive 1* restaurant in the area. Cognizant of that, his team wanted to make sure that guests got their money’s worth for the dinner. I deeply appreciate the thought, but I think there’s been an oversight – in fact, Birdsong is a 2* restaurant that just hasn’t been properly recognized yet.

One thought on “Birdsong”