Now this was a meal I’d been anticipating for a long time. I never made it to In de Wulf before it closed, so Kobe Desramaults has been a bit of a white whale for me. Chambre Séparée too will shutter in a year or two, when the building that houses it (a cinderblock office tower) undergoes a much-needed renovation – in fact, I walked past the restaurant twice on my way to dinner because I overlooked it. So, I wasn’t going to let him get away twice! I booked a seat at the U-shaped kitchen counter as soon as it became available.

There’s only one seating a night, albeit with diners slightly staggered, and it’s clear that everyone gets the same courses. All diners have a great view of the action, and the proximity of the hearth also means that everyone leaves with a parting gift of smoke on their bodies – equal parts charming and aggravating.

NB: Due to the length of the menu below, I’ve gone light on descriptions. 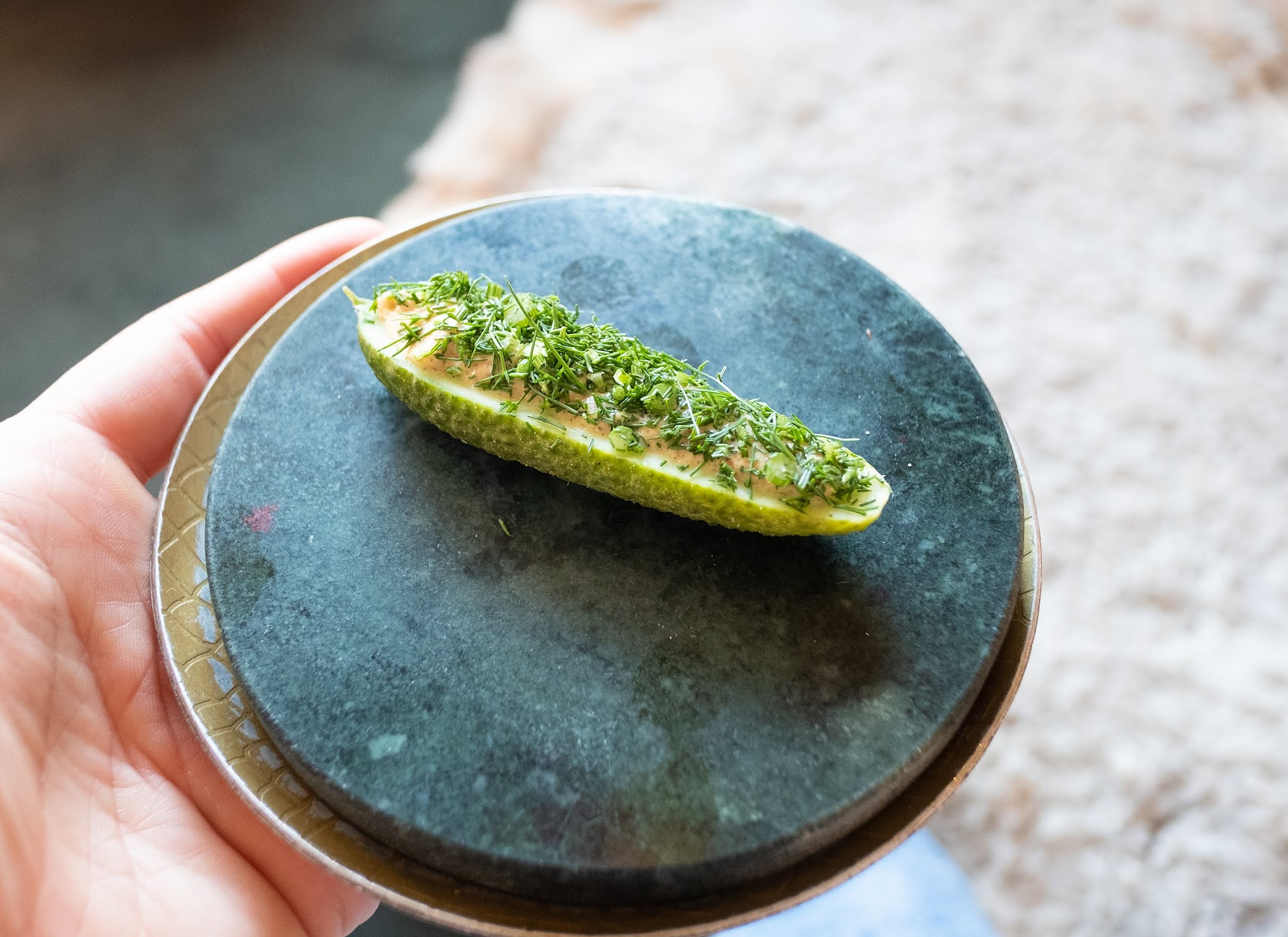 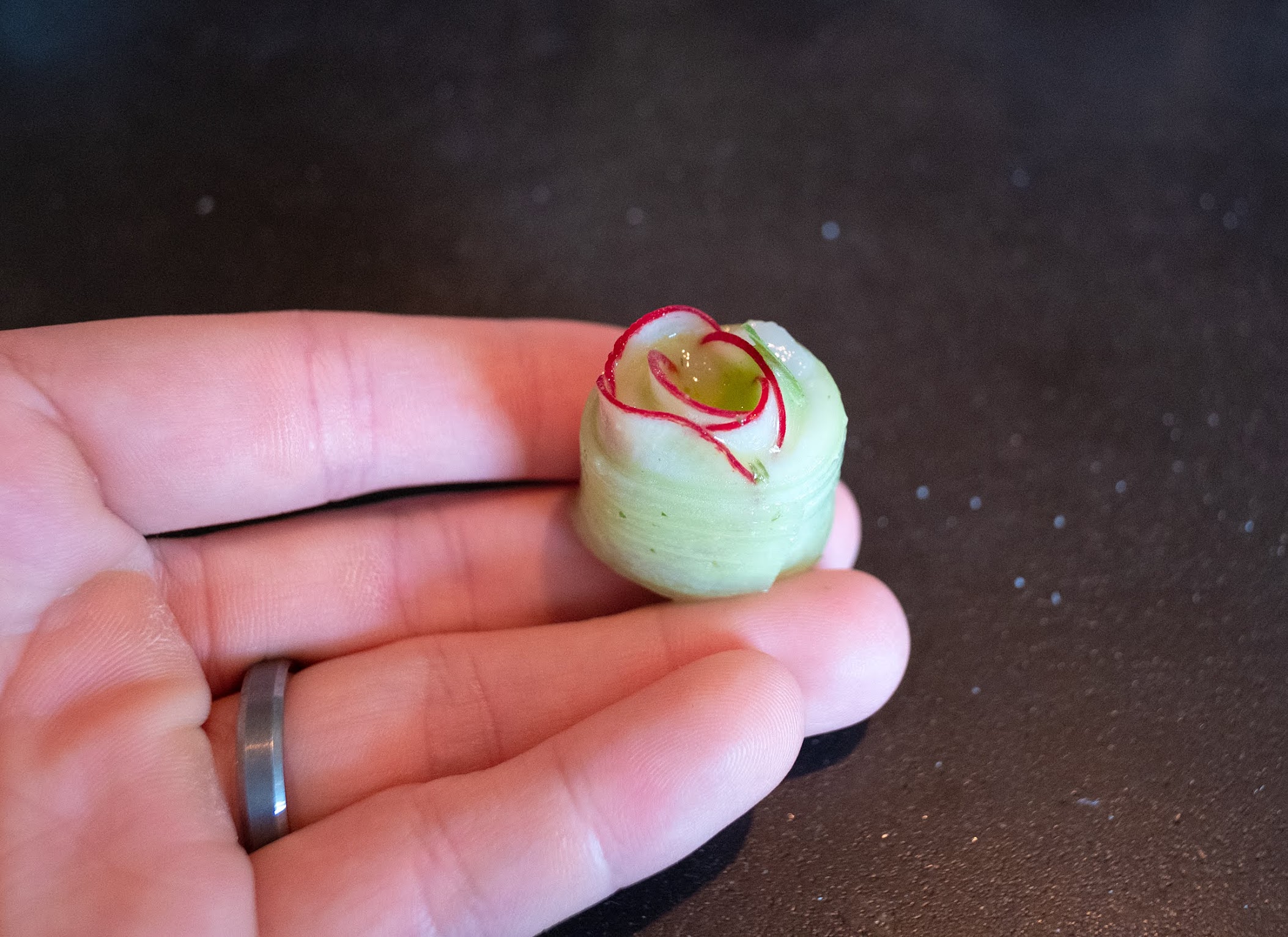 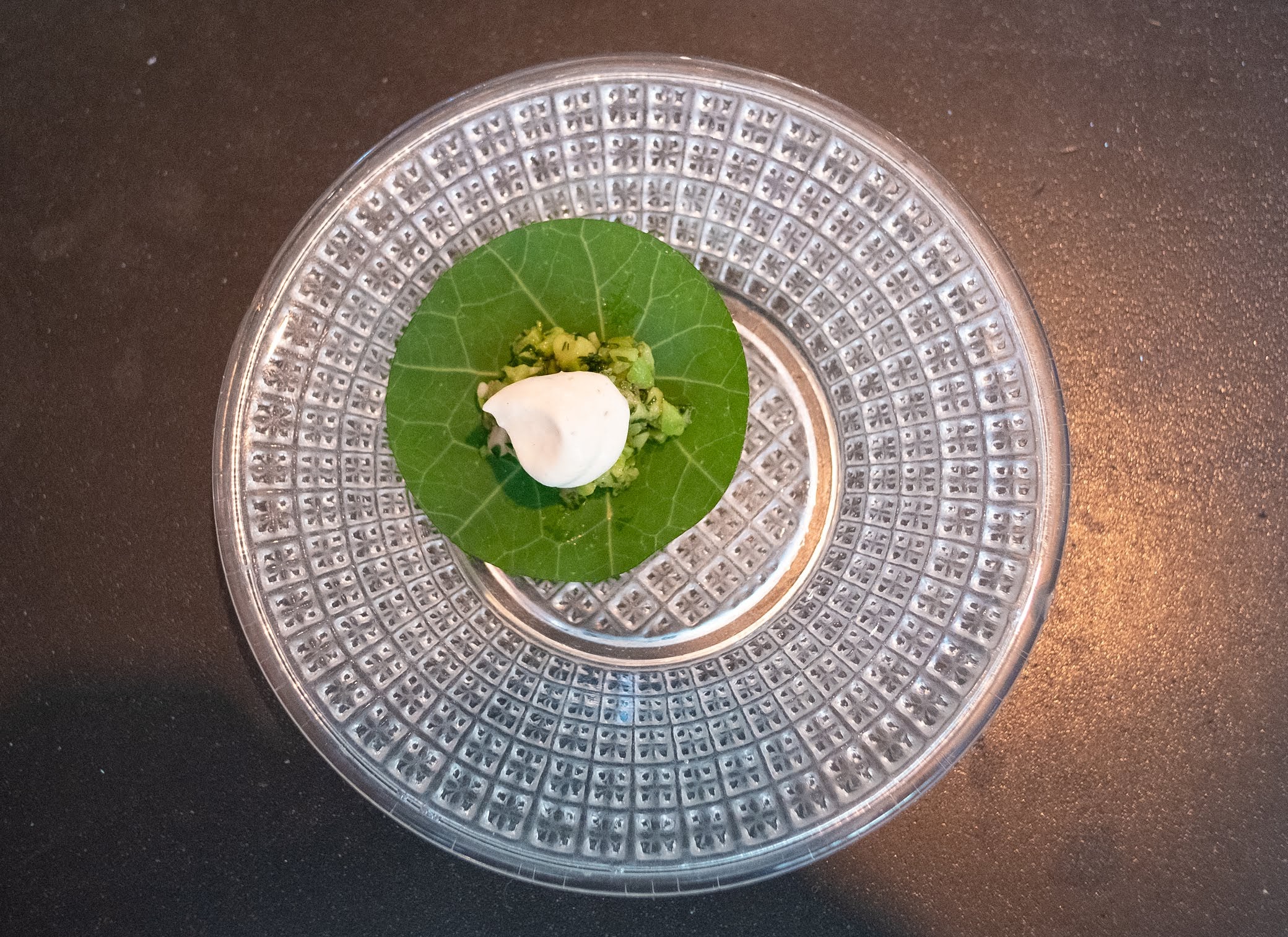 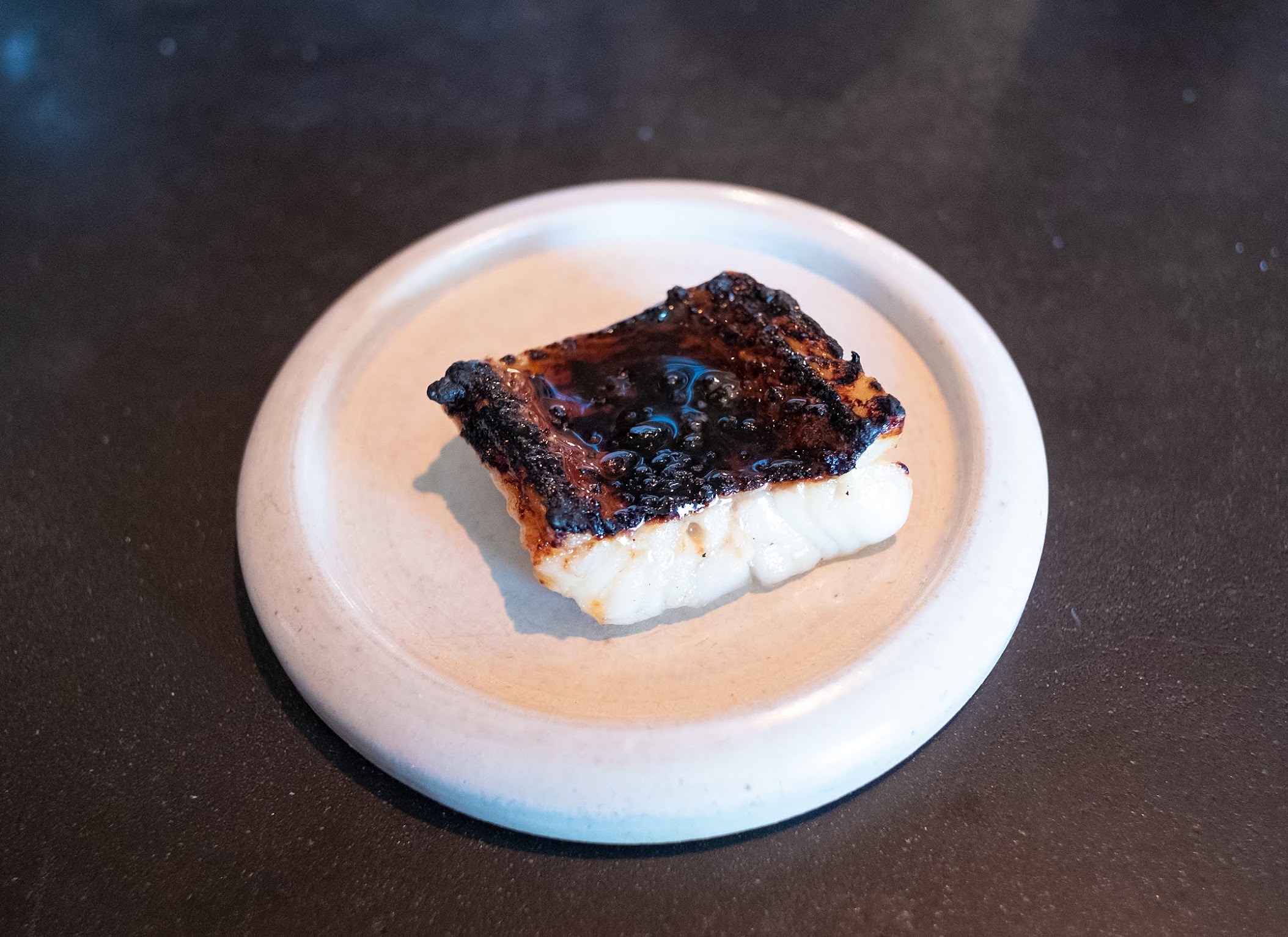 Weever
The firm-fleshed fish received a quick salt cure before going on the grill, where it received a brushing of fish sauce. This was the first “wow” course – lightly smoky, very nicely cooked, perfectly seasoned. 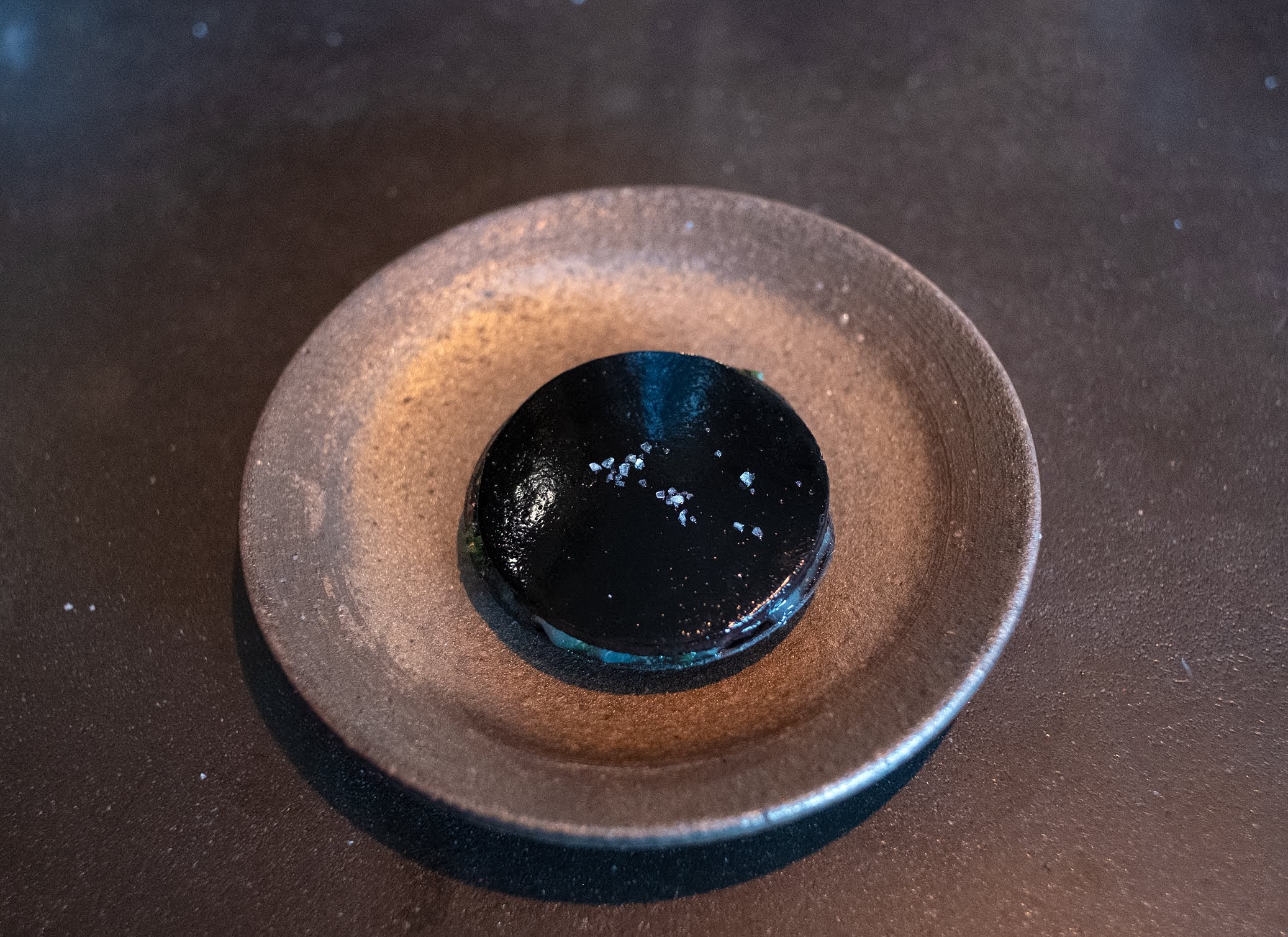 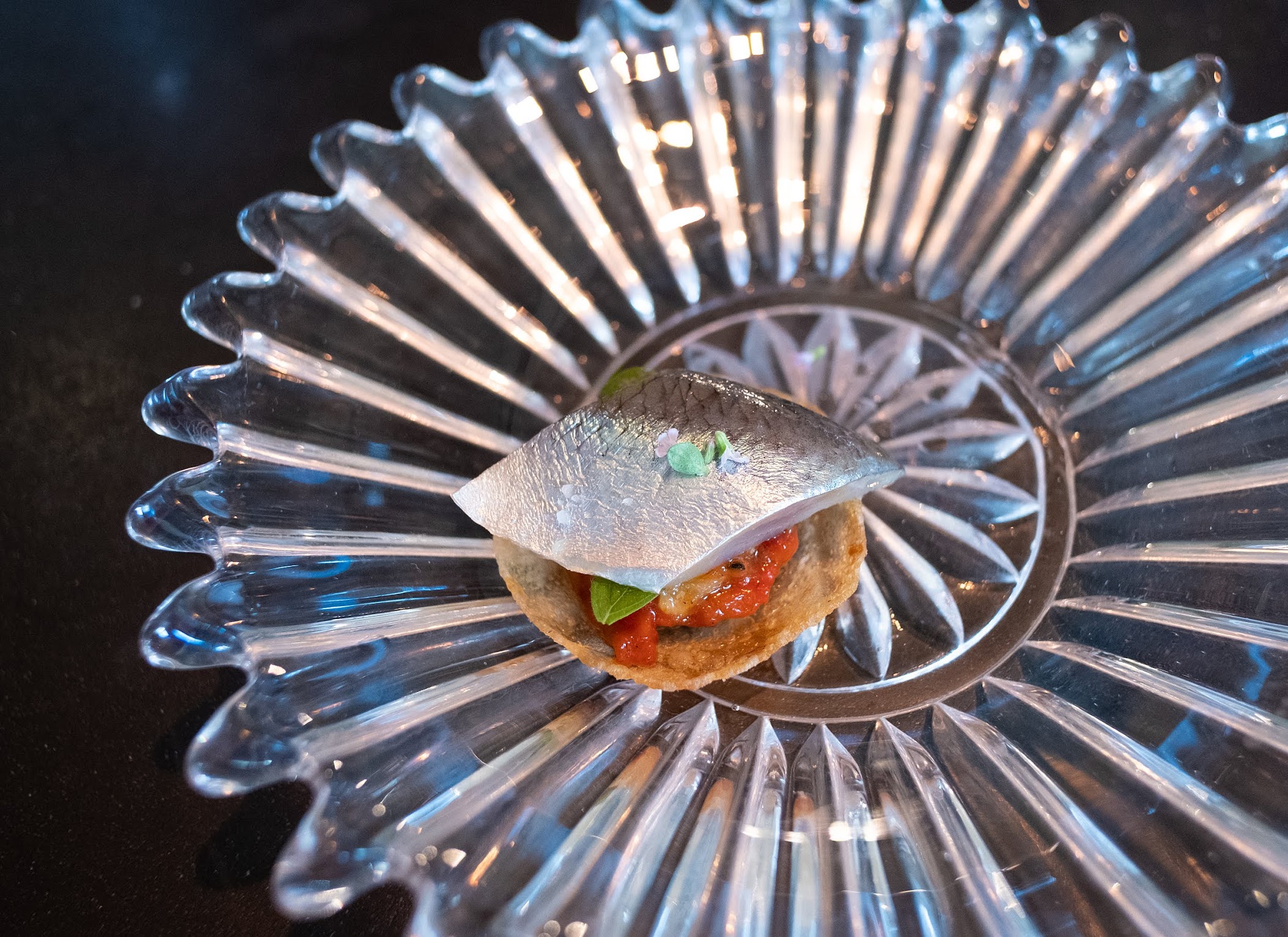 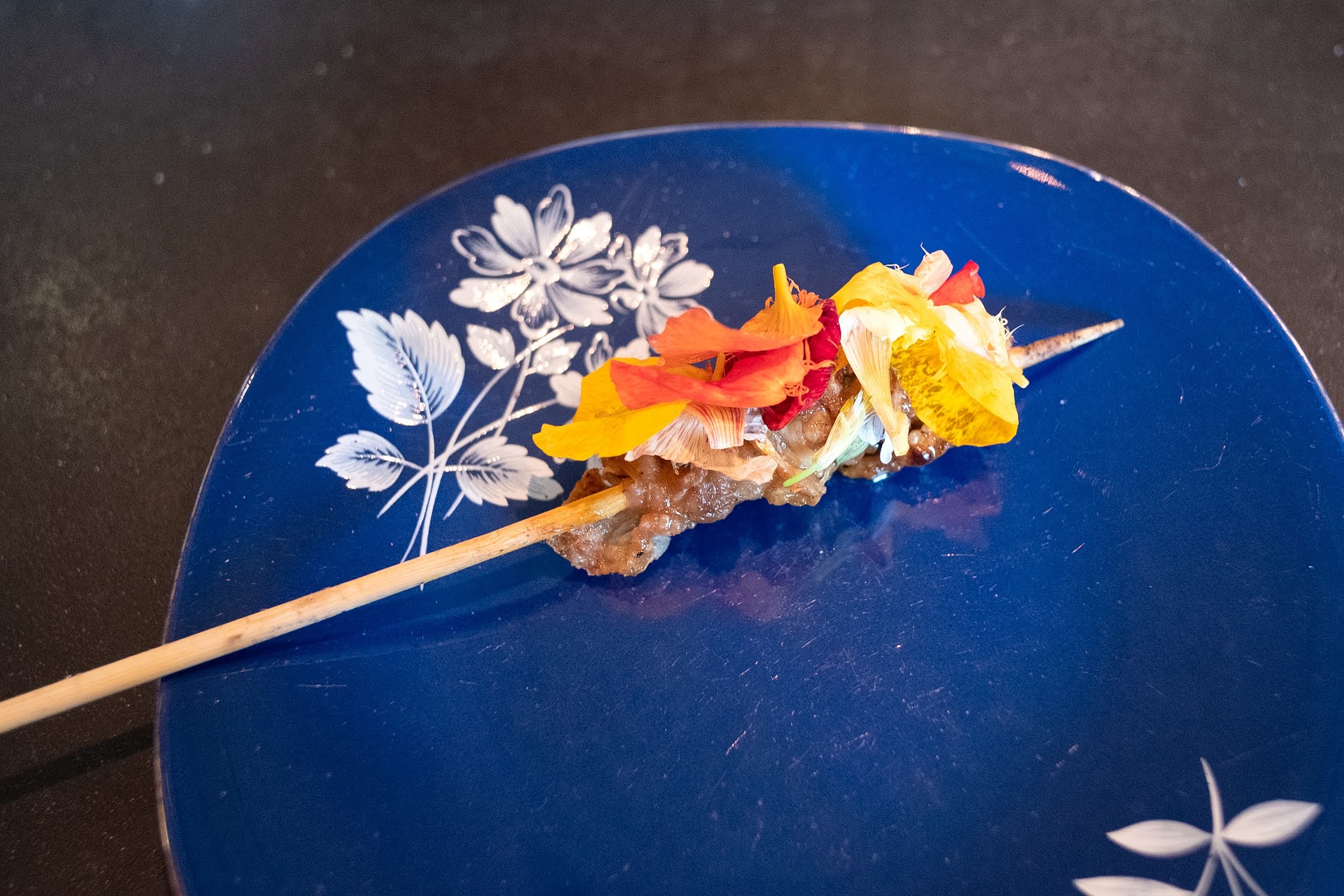 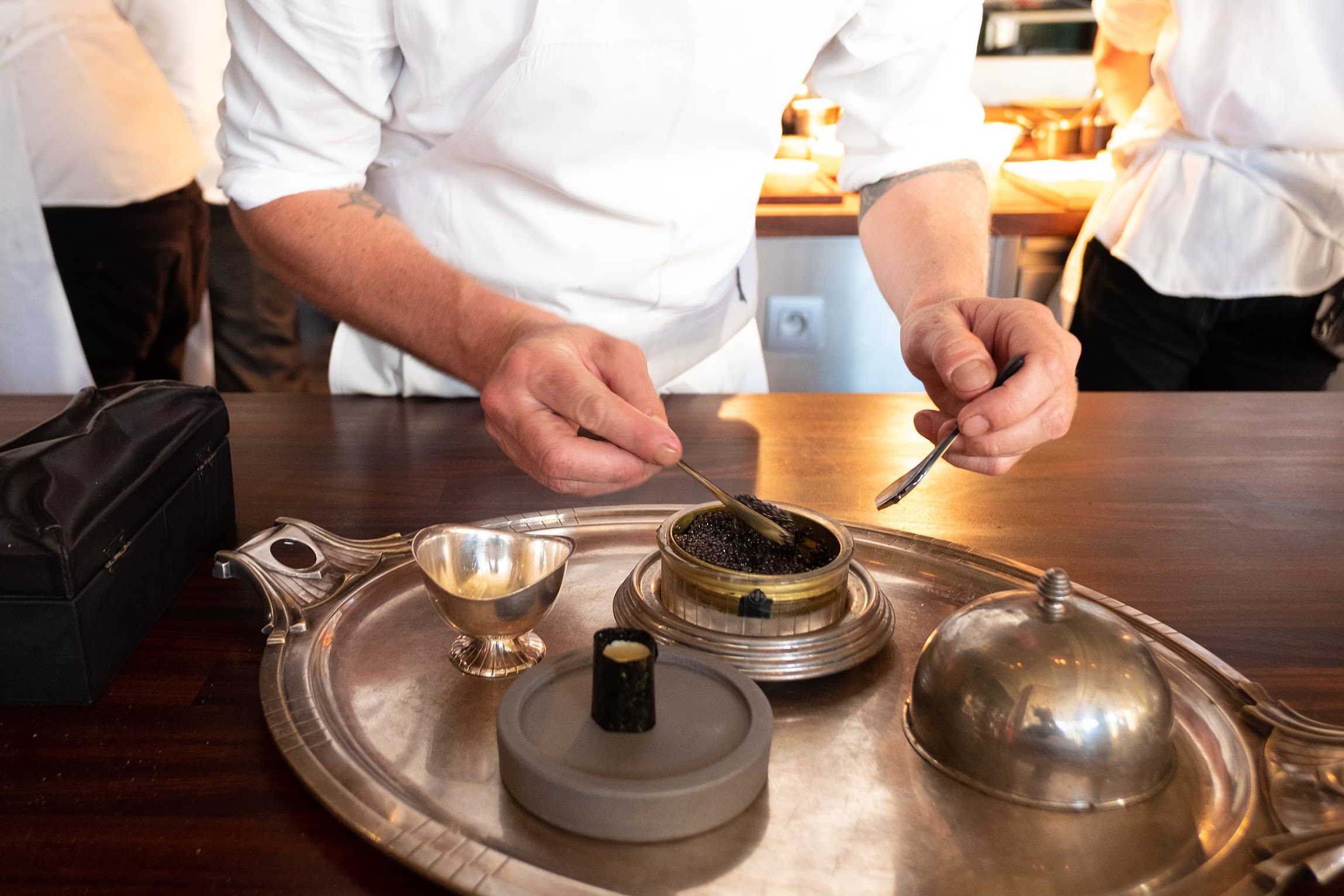 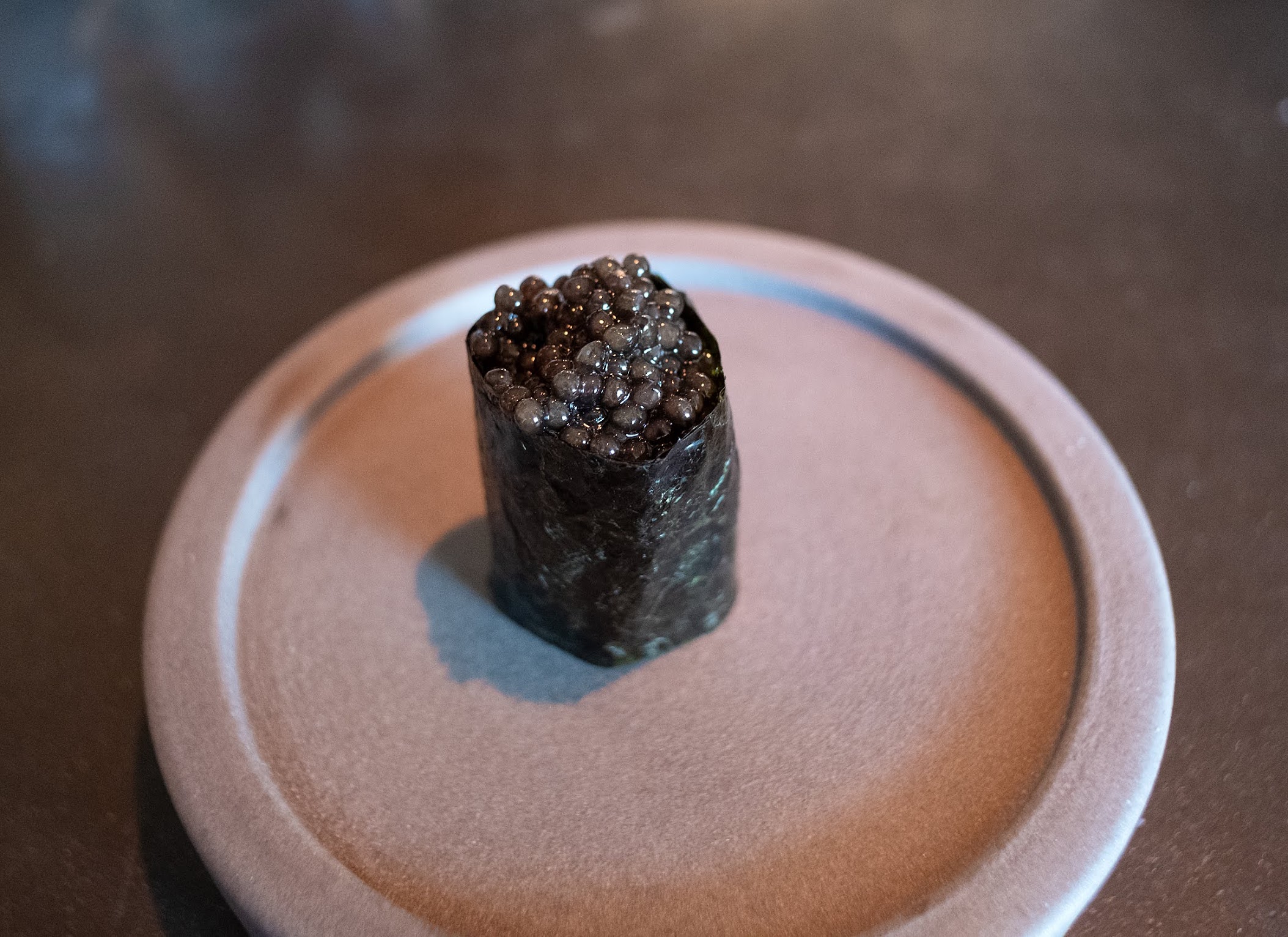 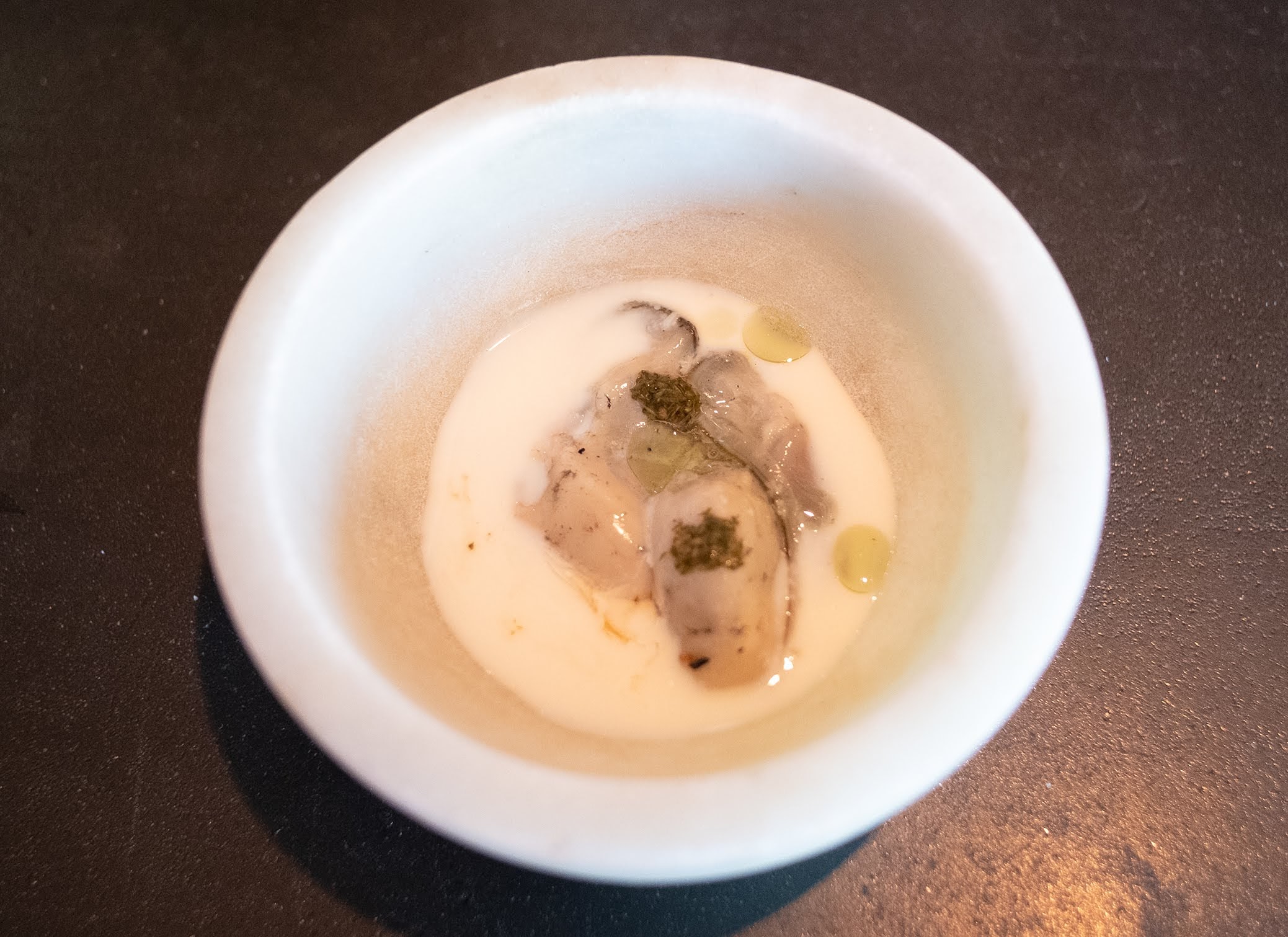 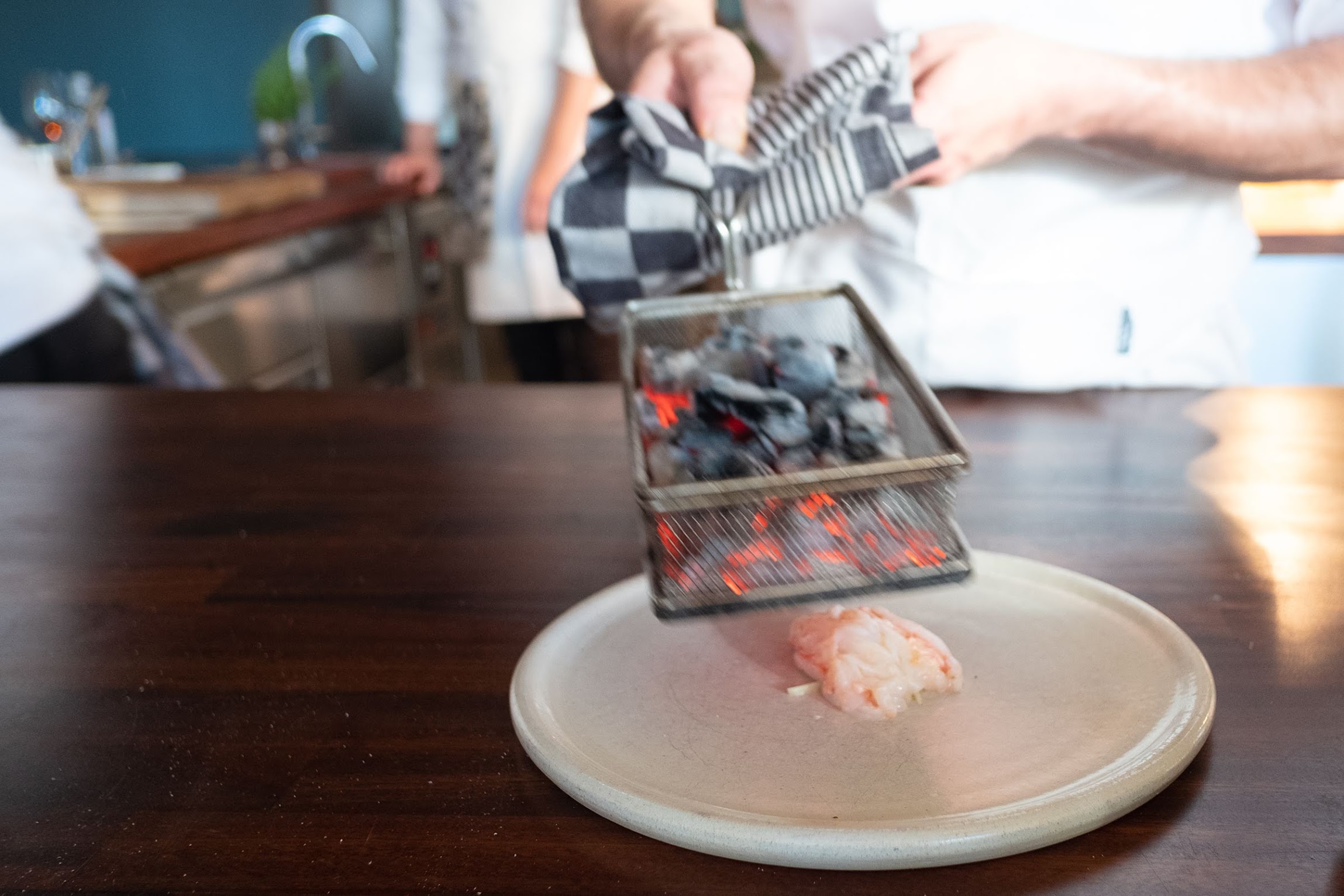 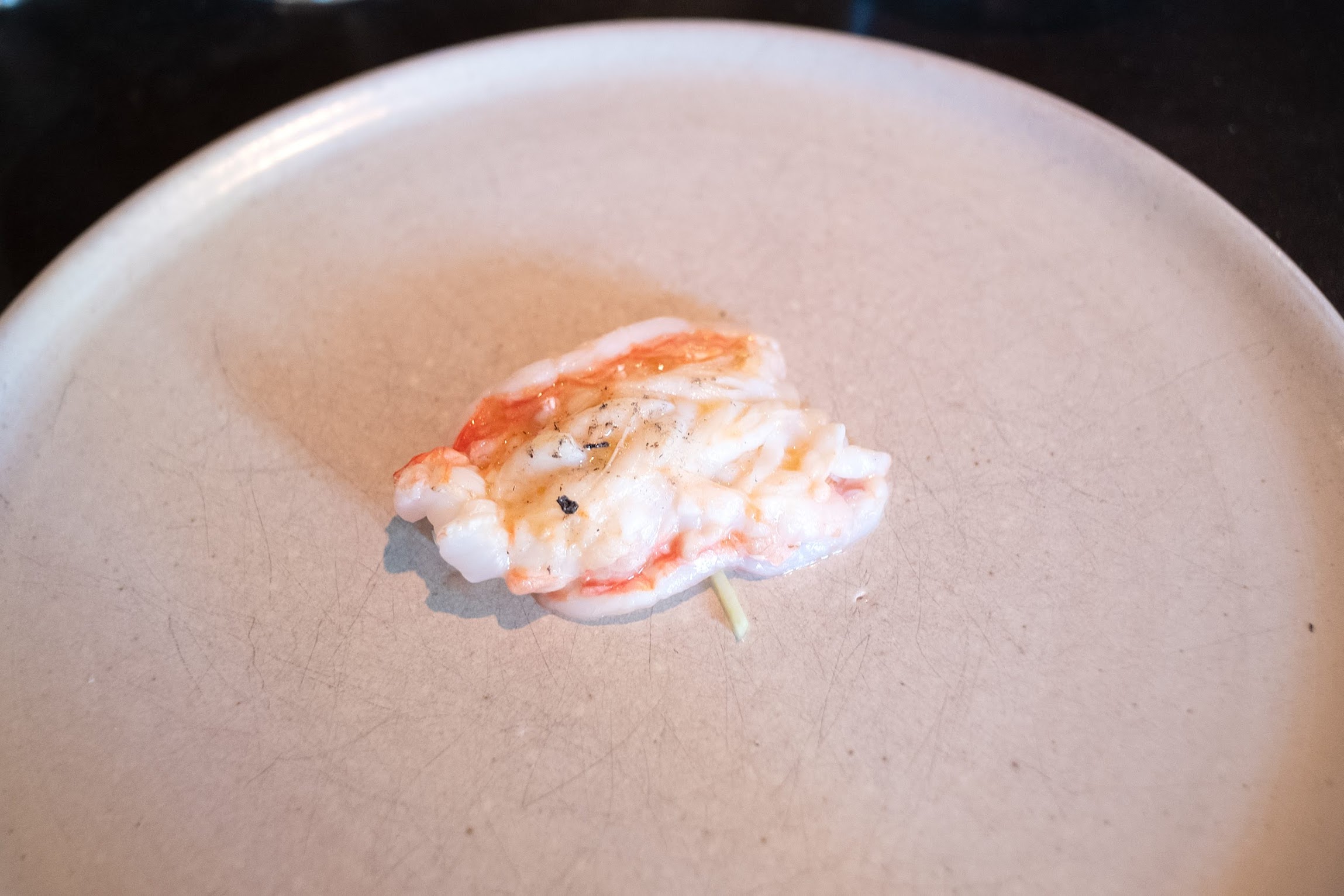 Langoustine, kohlrabi, yacon
Gently cooked tableside with hot coals from the hearth, the langoustine was lightly warmed through, which highlighted its natural sweetness. 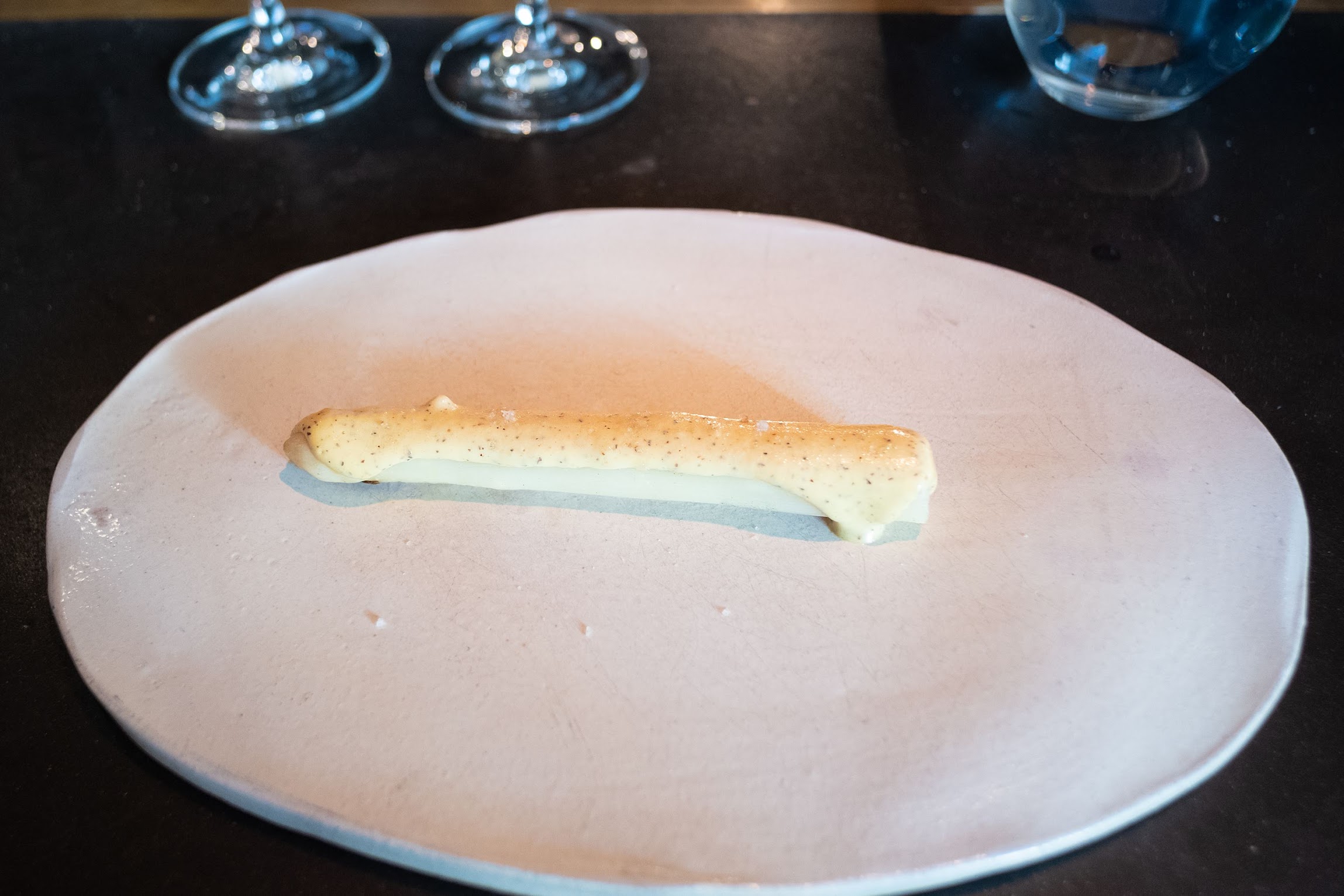 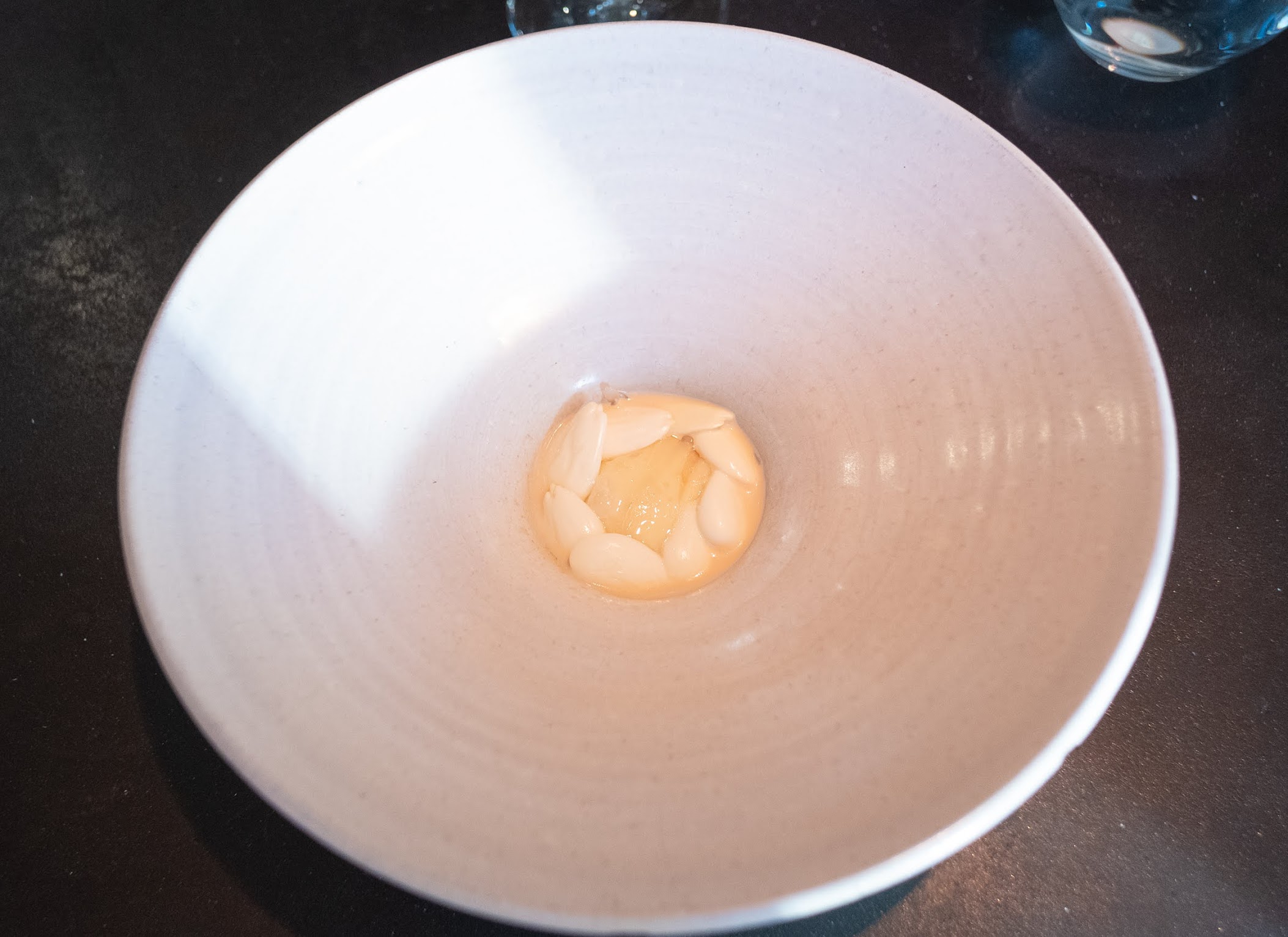 Kerremelkstampers
Green almonds, almond milk, lardo
One of Kobe’s signature preparations that he’s iterated on, the creamy mash of potato and buttermilk was topped with lardo and crunchy green almonds. Thank god it was only a few bites – this was a rich dish. 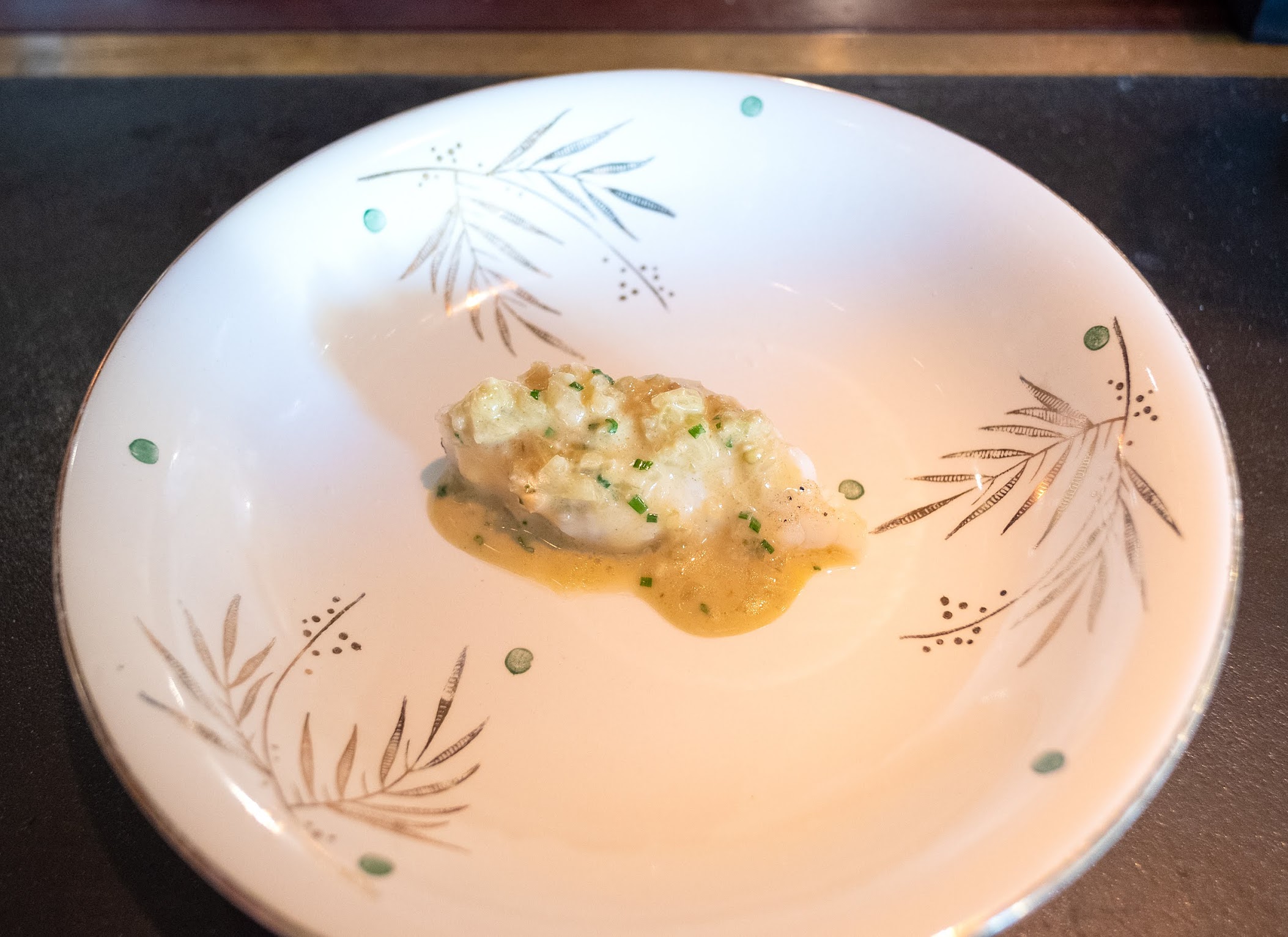 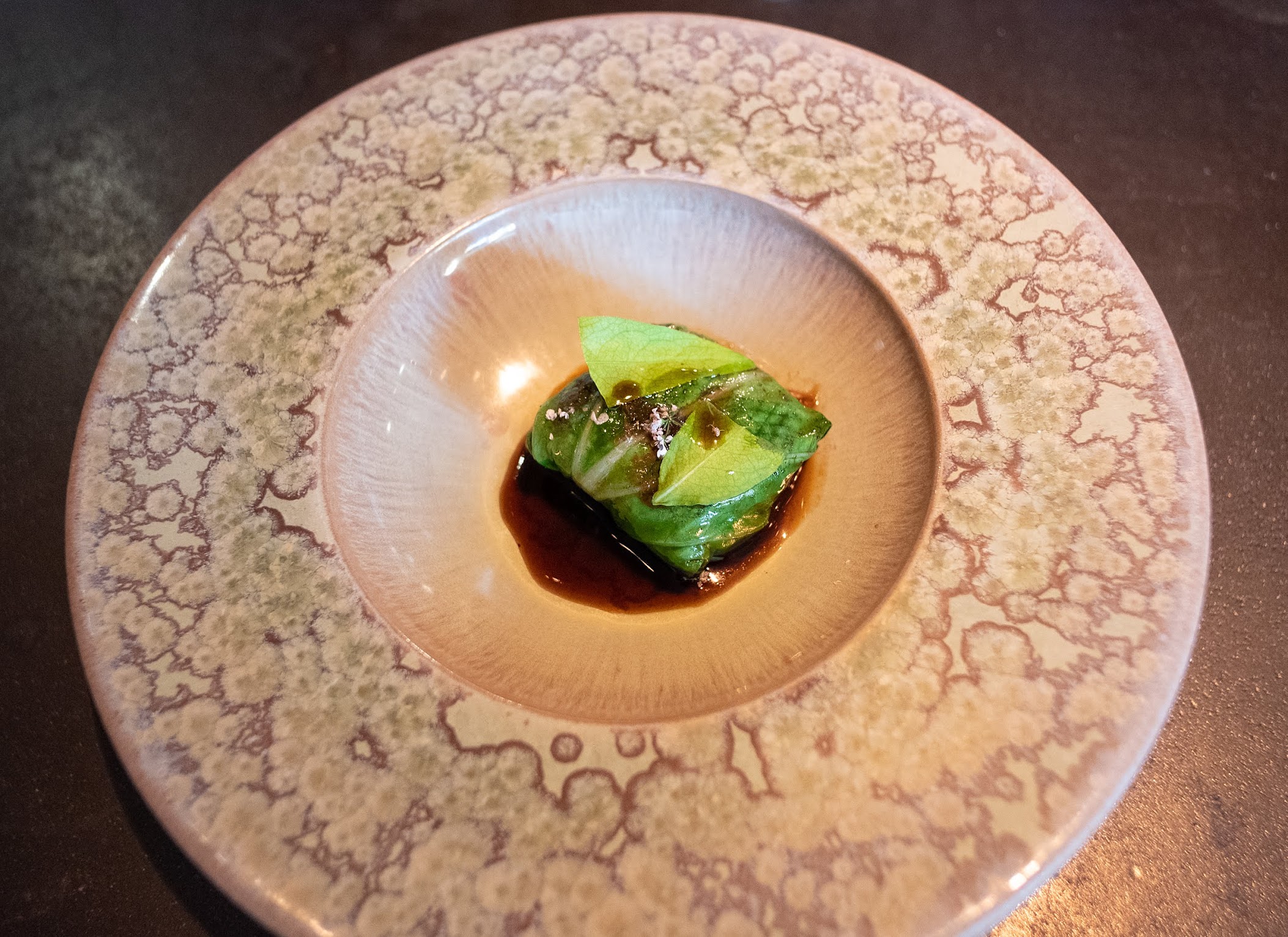 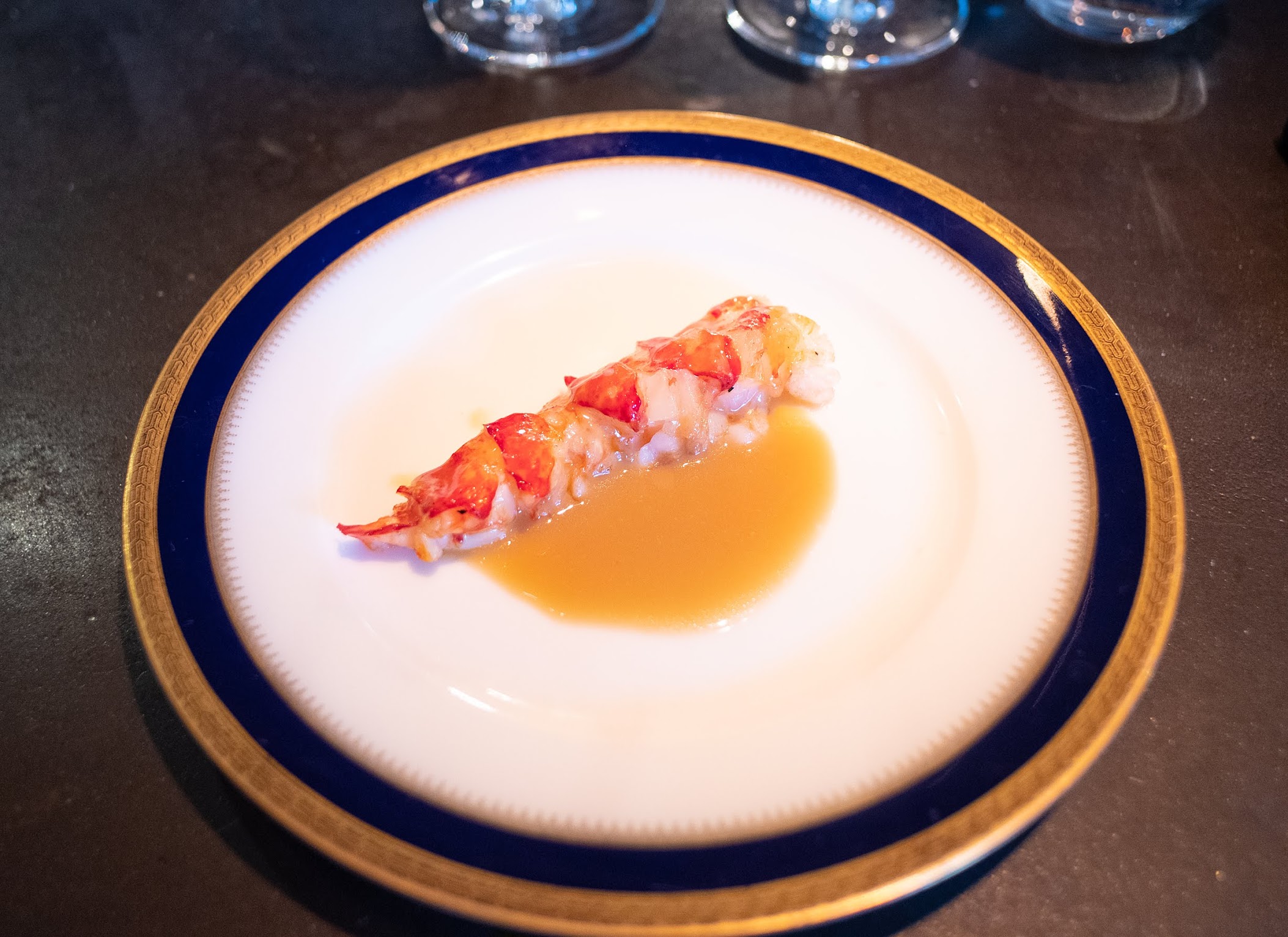 Lobster tail
This lightly smoked lobster tail was sauced tableside with a jus of its shells, emulsified with geuze and butter. Wonderful texture. 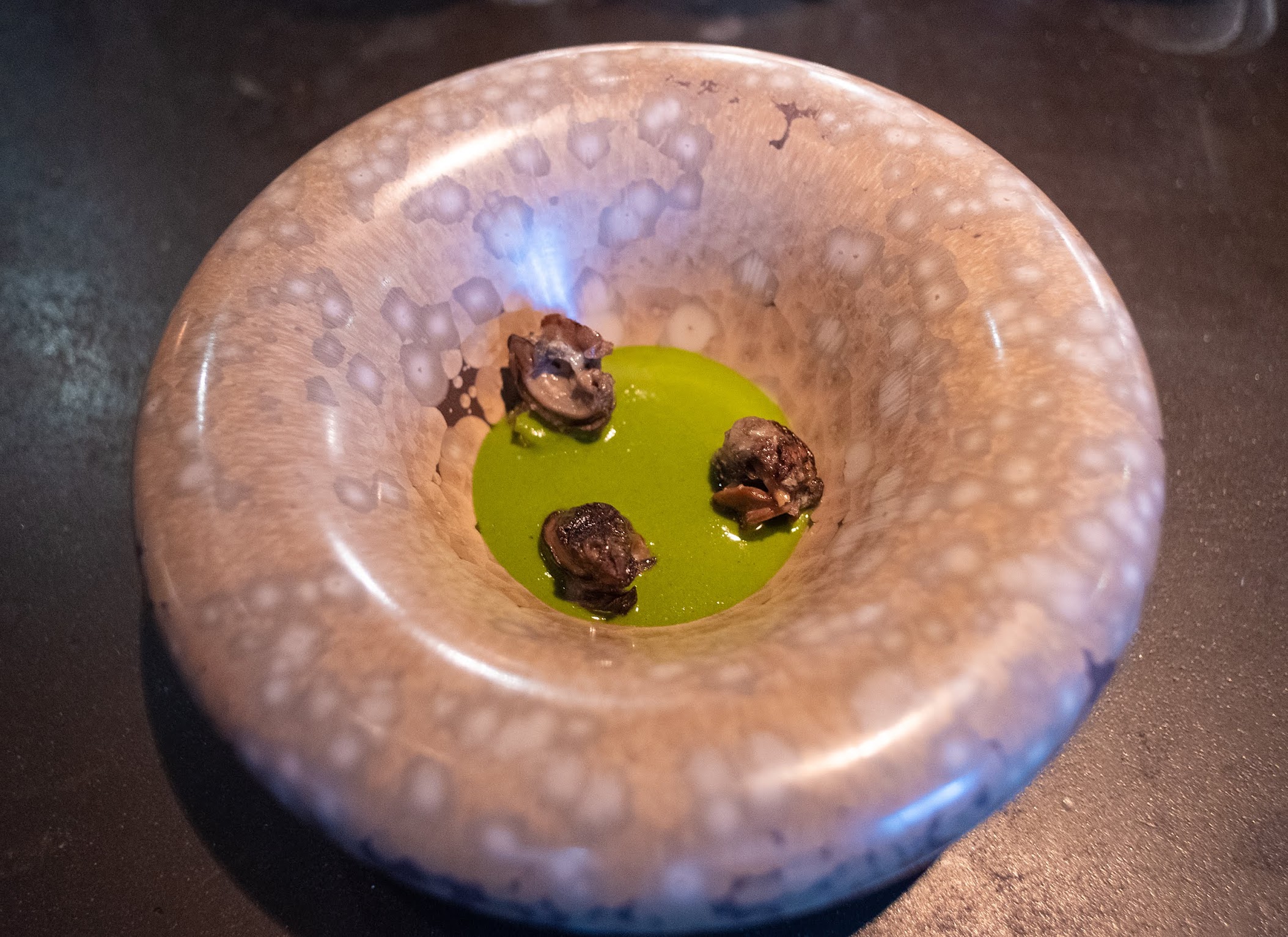 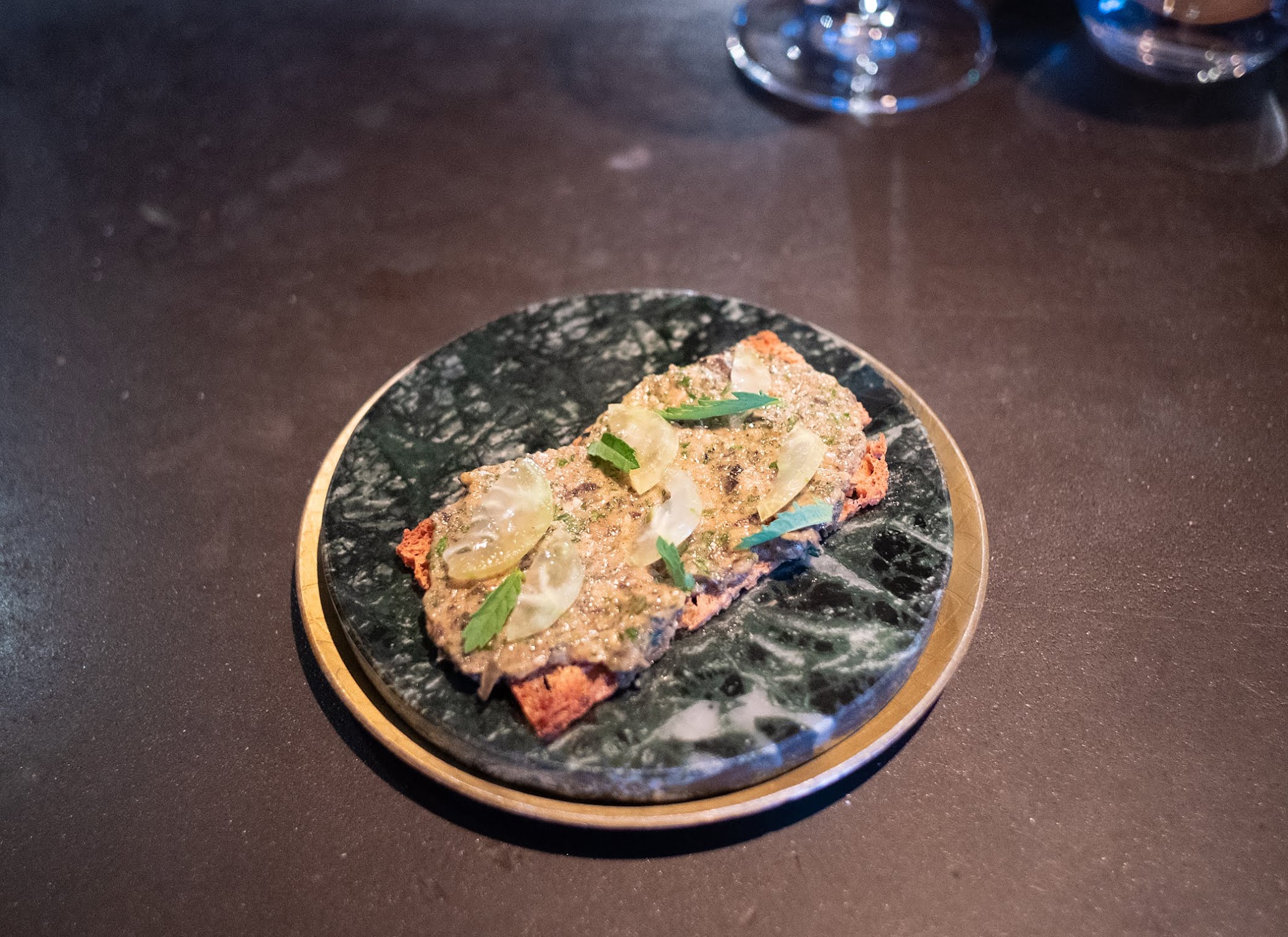 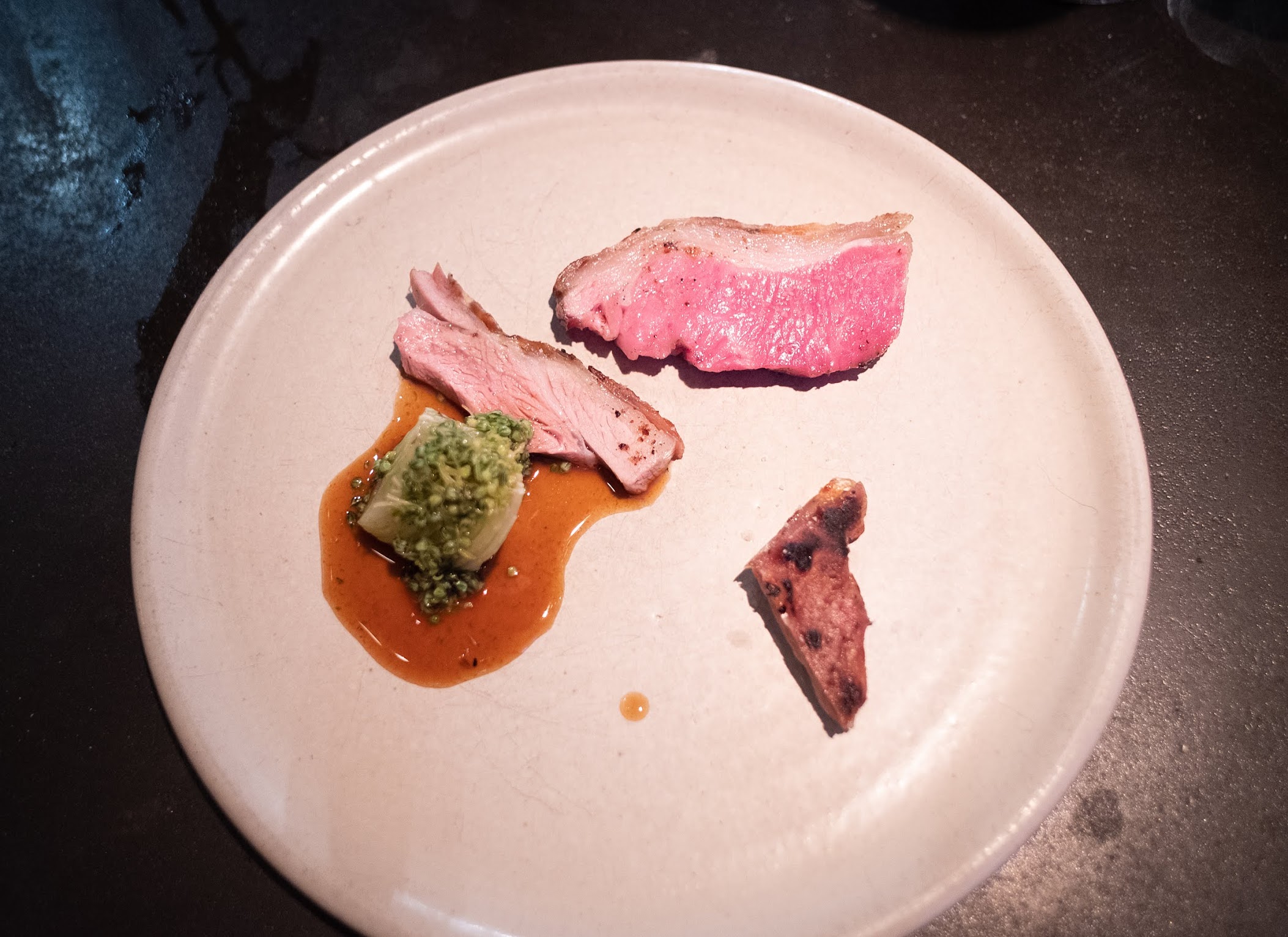 Hogget, celtuce
The shoulder, leg and crispy skin from this 1-year old sheep were presented on the plate. As expected, it bridged the tender flesh of a younger animal with the more pronounced flavour of mutton. I particularly enjoyed the liberally salted skin. 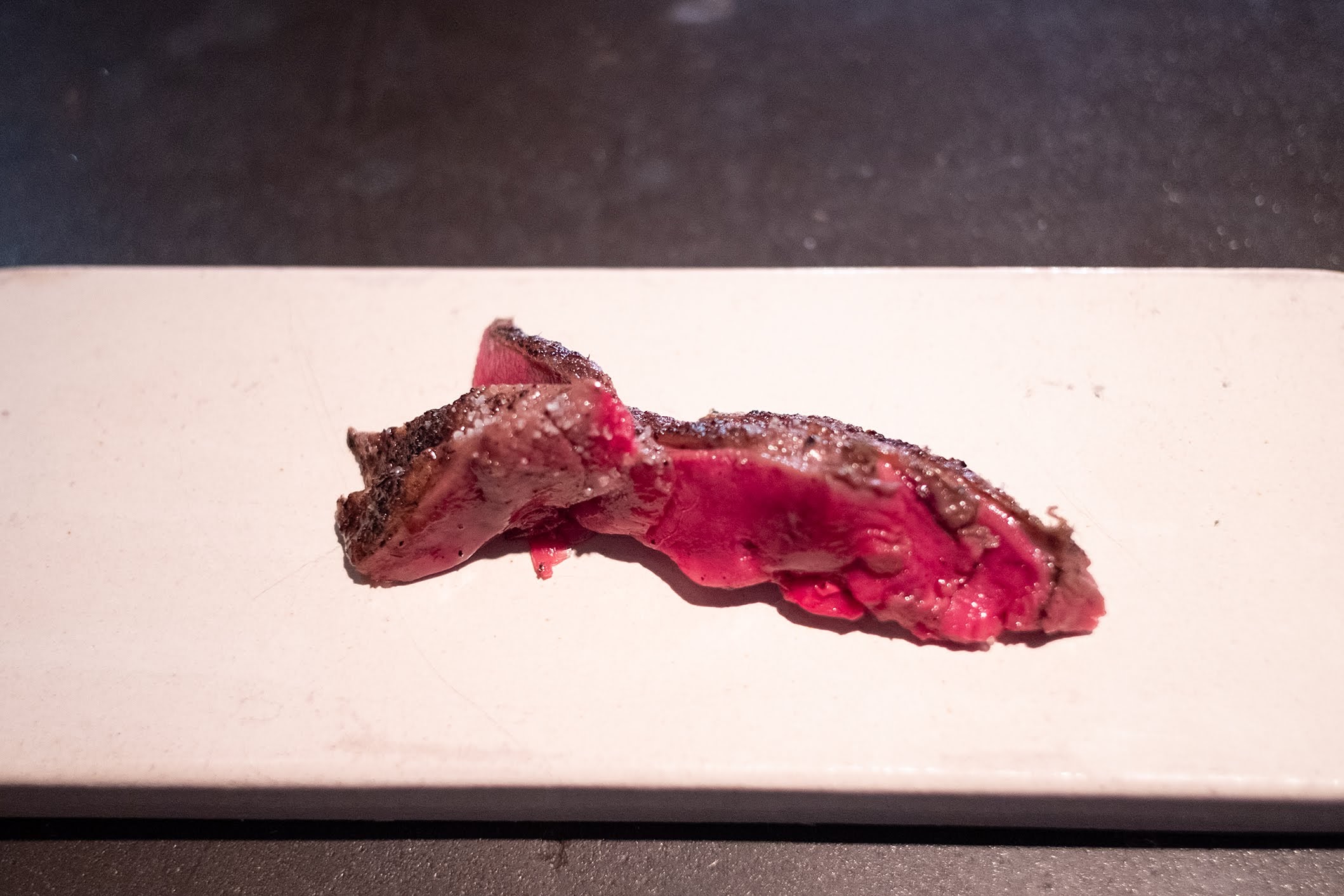 Steenvoorde pigeon
The birds had been hanging over the hearth all evening, and probably for a good long time before diners arrived. Even prior to that, it had been aged in hay for a few weeks, allowing all the minerality and gamey flavours to concentrate. This was one of the standouts of the meal. 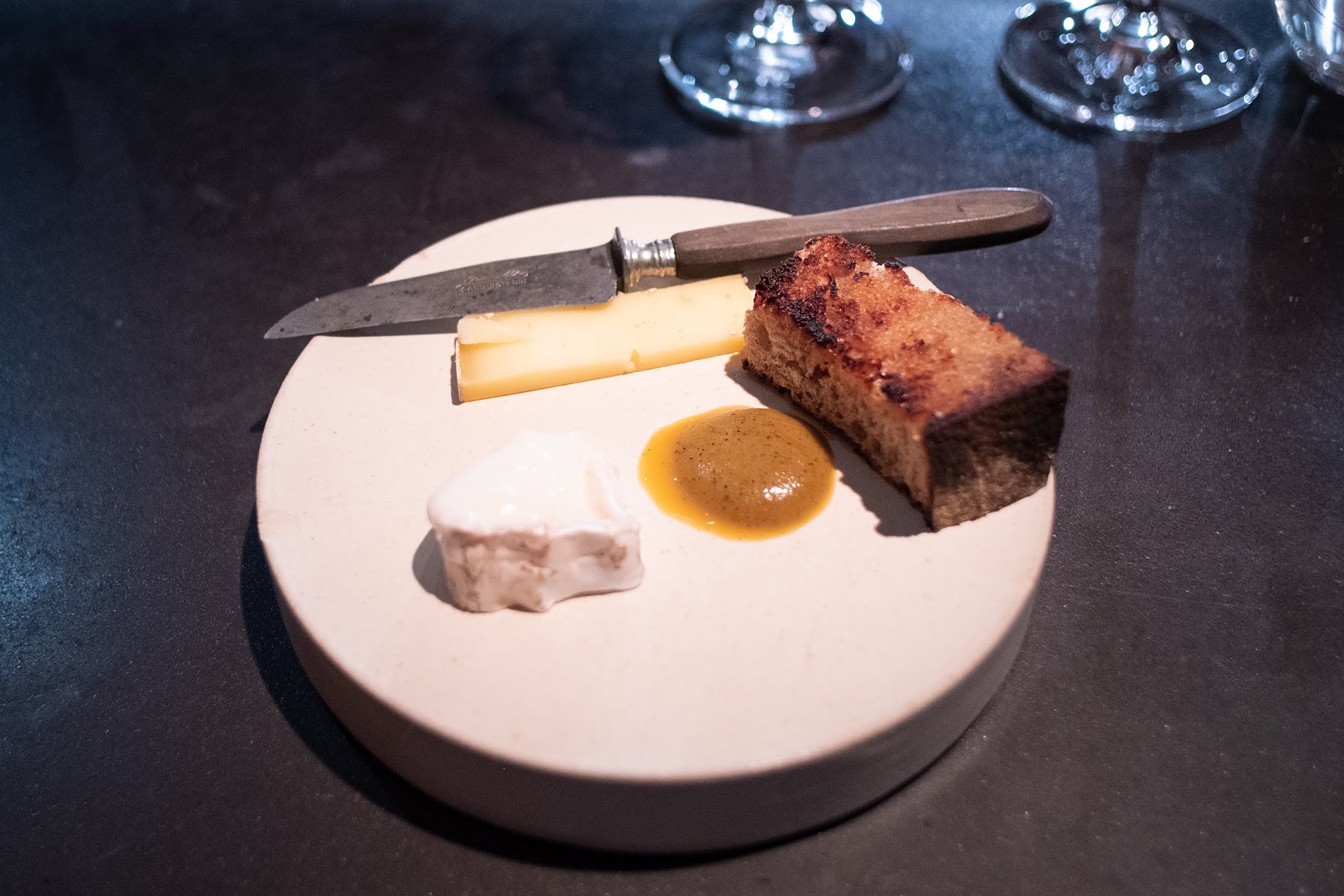 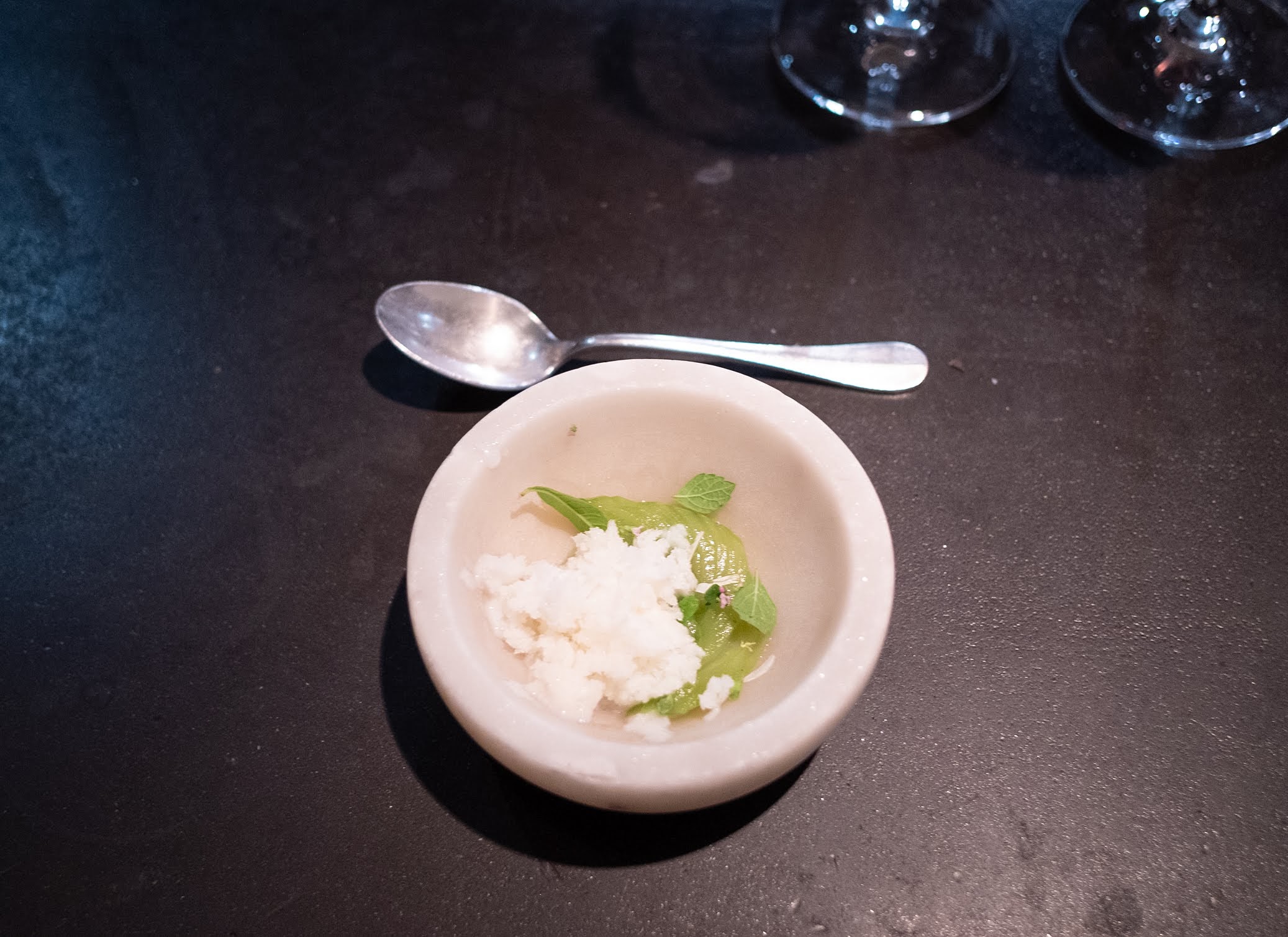 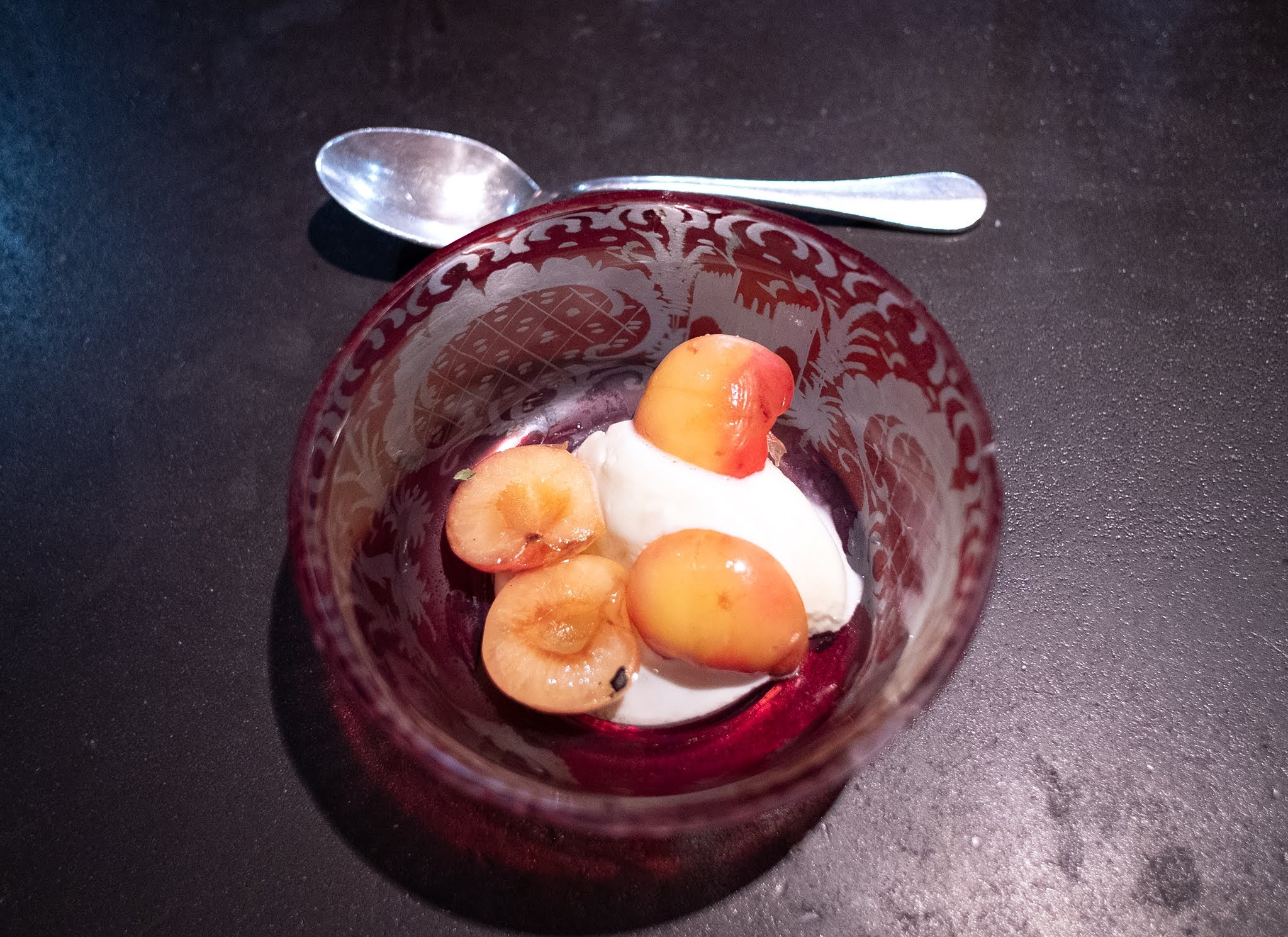 Fig leaf ice cream, cherries
The cherries accompanying the ice cream had been wrapped in fig leaves and cooked in the hearth, imparting a lot more complexity to the fruit. My favourite of the desserts. 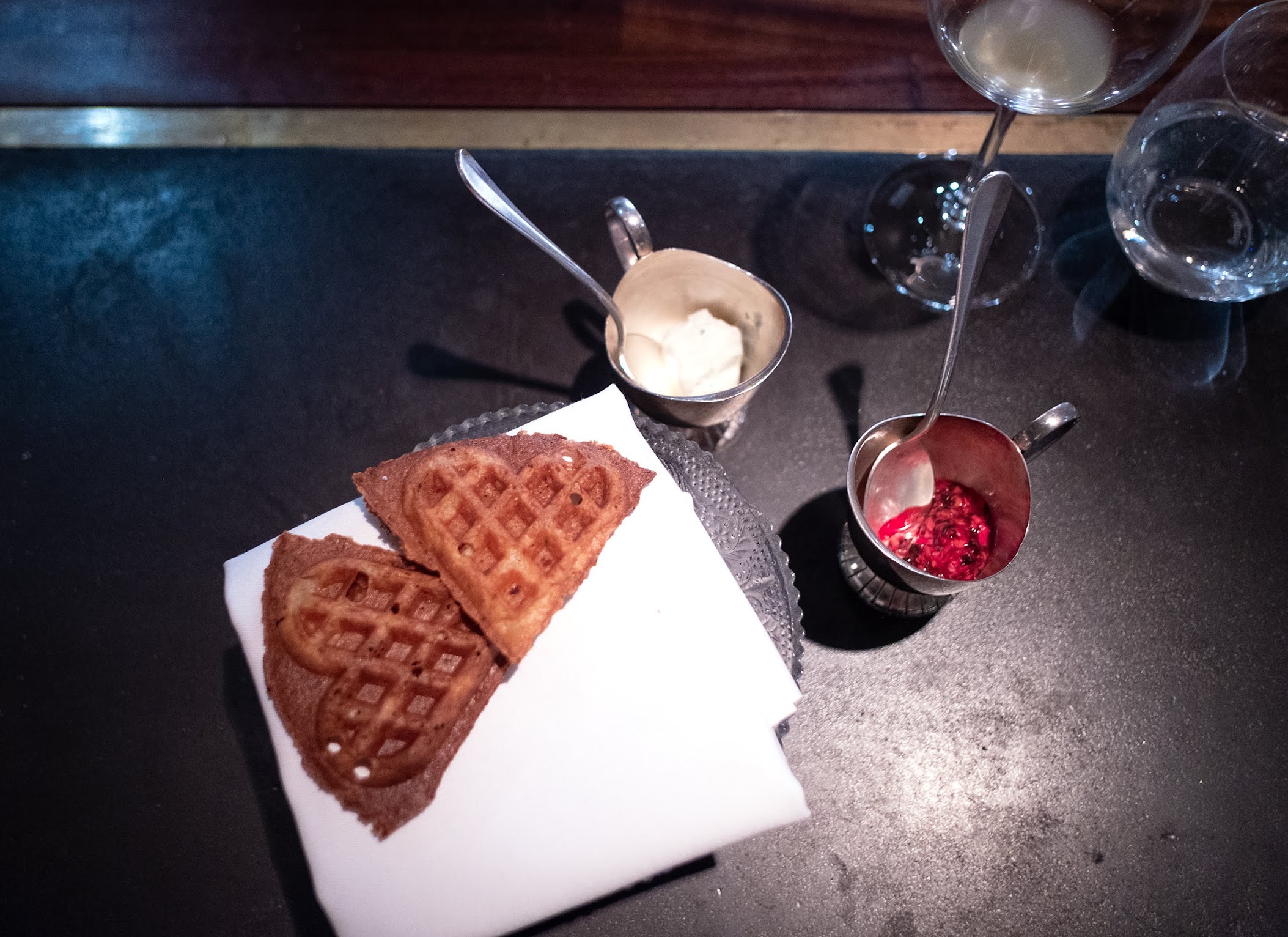 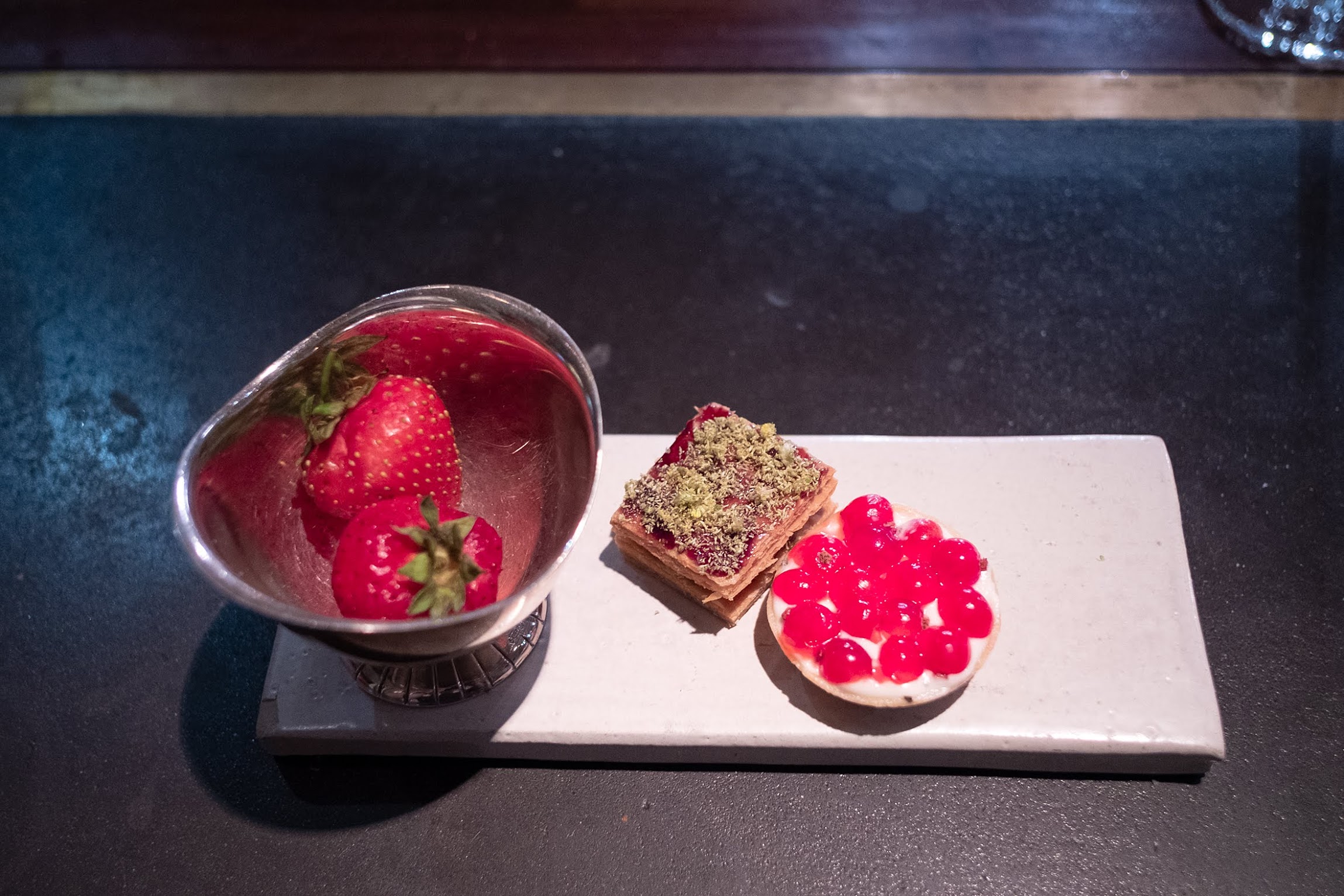 Some places leave you yearning to return – interestingly, this four-hour marathon was not one of them. Somehow, I think the 24 courses this evening revealed the breadth of the kitchen’s repertoire, and this is not a bad thing – they put a lot of themselves into every dish. I am extremely satisfied to have fulfilled a long-standing wish, but I’m even more glad I won’t feel tortured about being unable to go back. Perhaps I will instead pay Kobe a visit when he resurrects his food in a different guise – I look forward to that.