Of all the meals we ate during our vacation, De Leest was the restaurant I knew the least about – we visited with no preconceptions. The restaurant is situated in the small town of Vaassen (pop: ~13,000). Kim Veldman, the sommelier and chef’s wife, runs the front-of-house with only two other people – a seasoned server, and a very young busser (who made the funniest little flourishes all night as he set and cleared tables). We opted for the Menu Micri, their longest tasting menu. 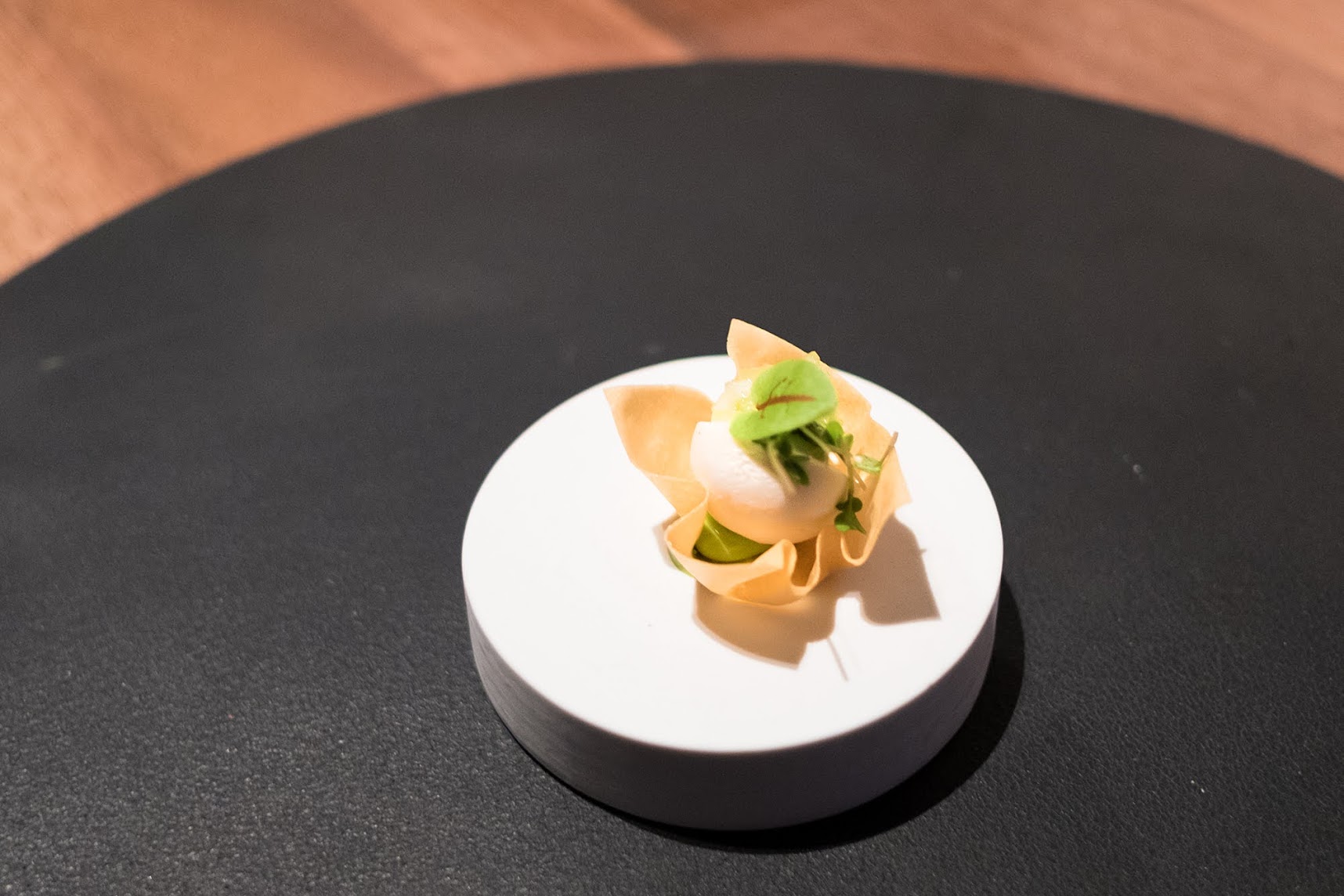 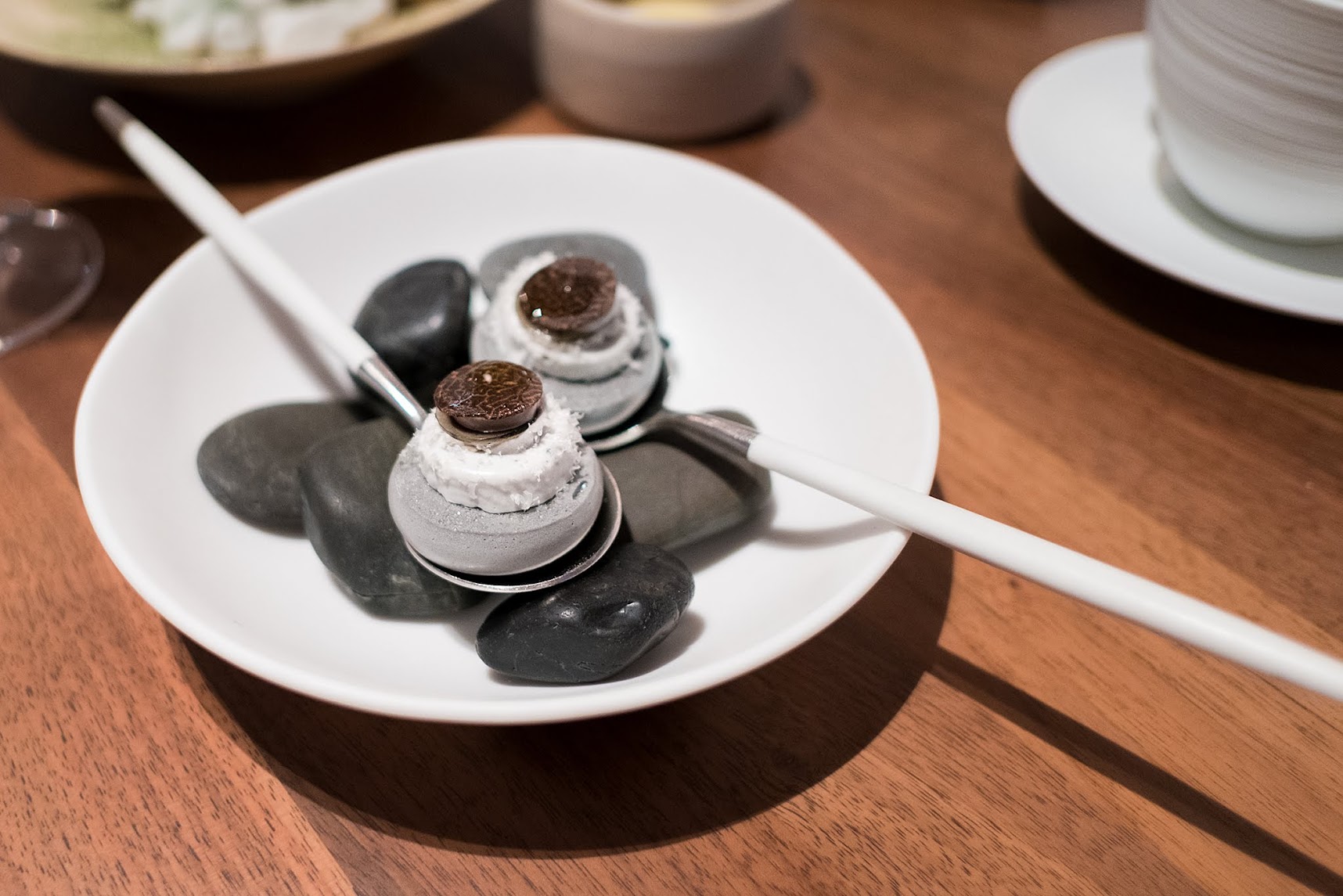 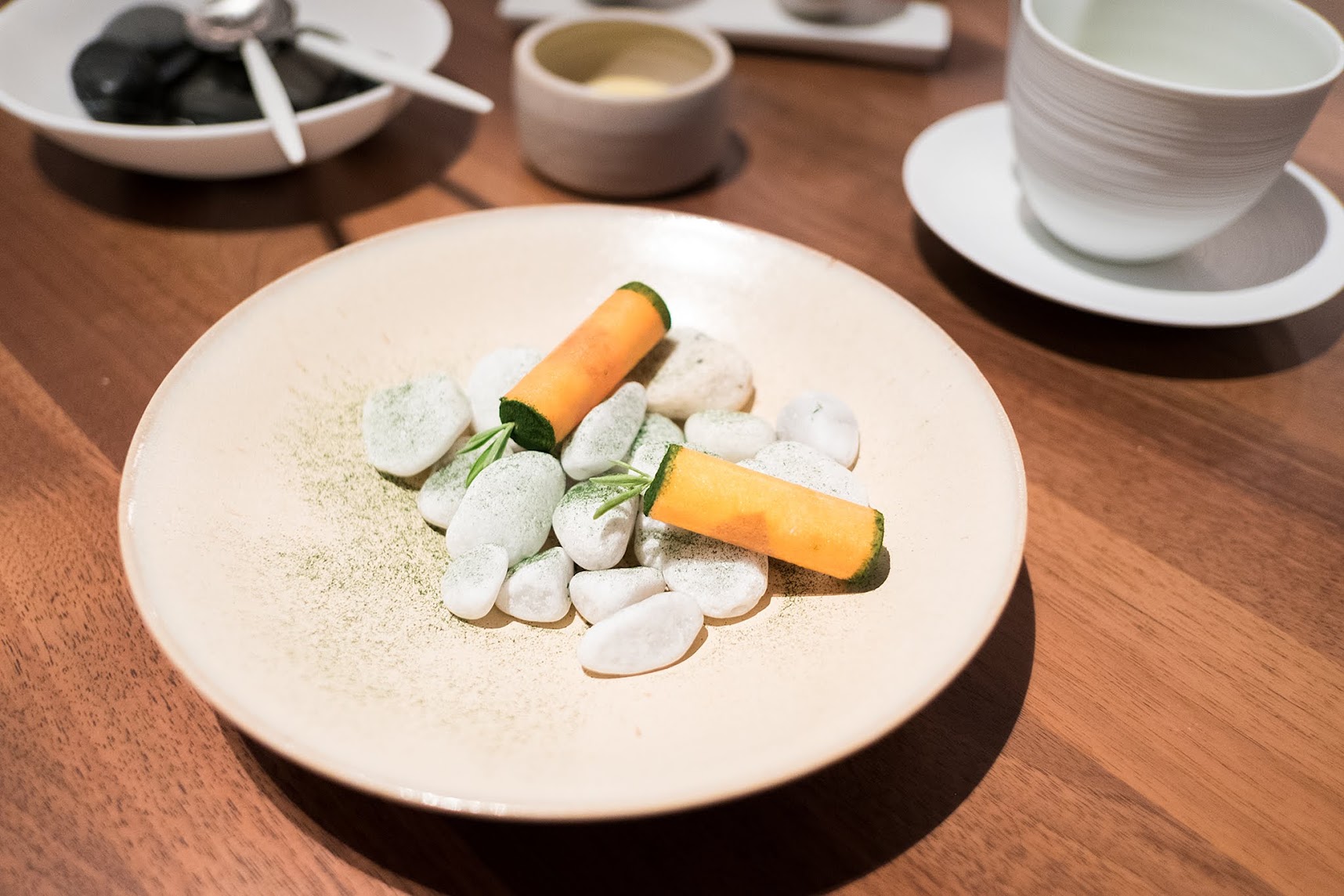 Crispy trout and its roe
Very light but flavourful – easily the strongest of the first three snacks. 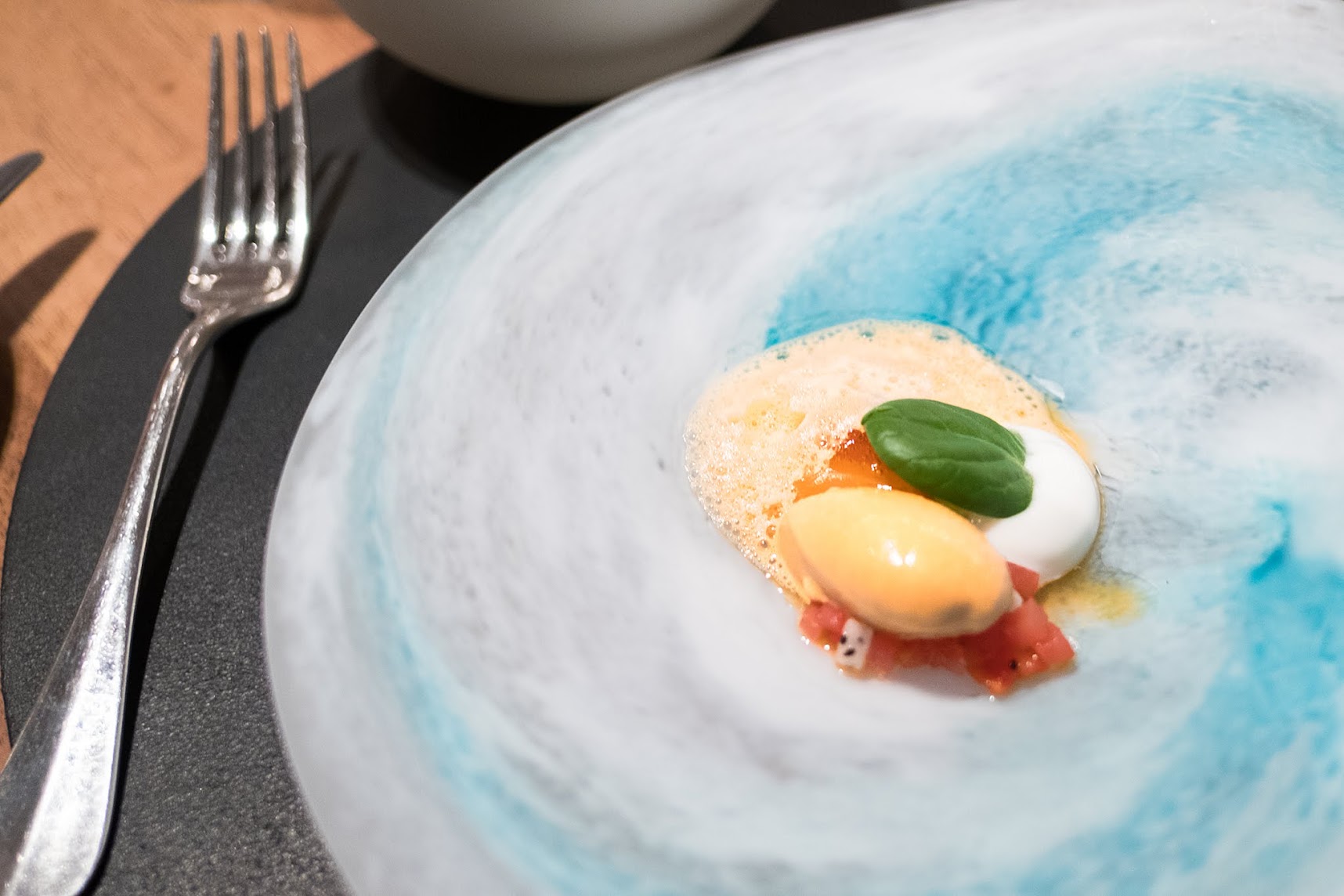 Salmon
Tomato, ponzu, rice, lemon verbena
A small cube of raw salmon was served with a mousse of sushi rice, lemon verbena cream, and (oddly) some dragonfruit. I actually enjoyed this course very much, despite the seemingly haphazard combination of ingredients. 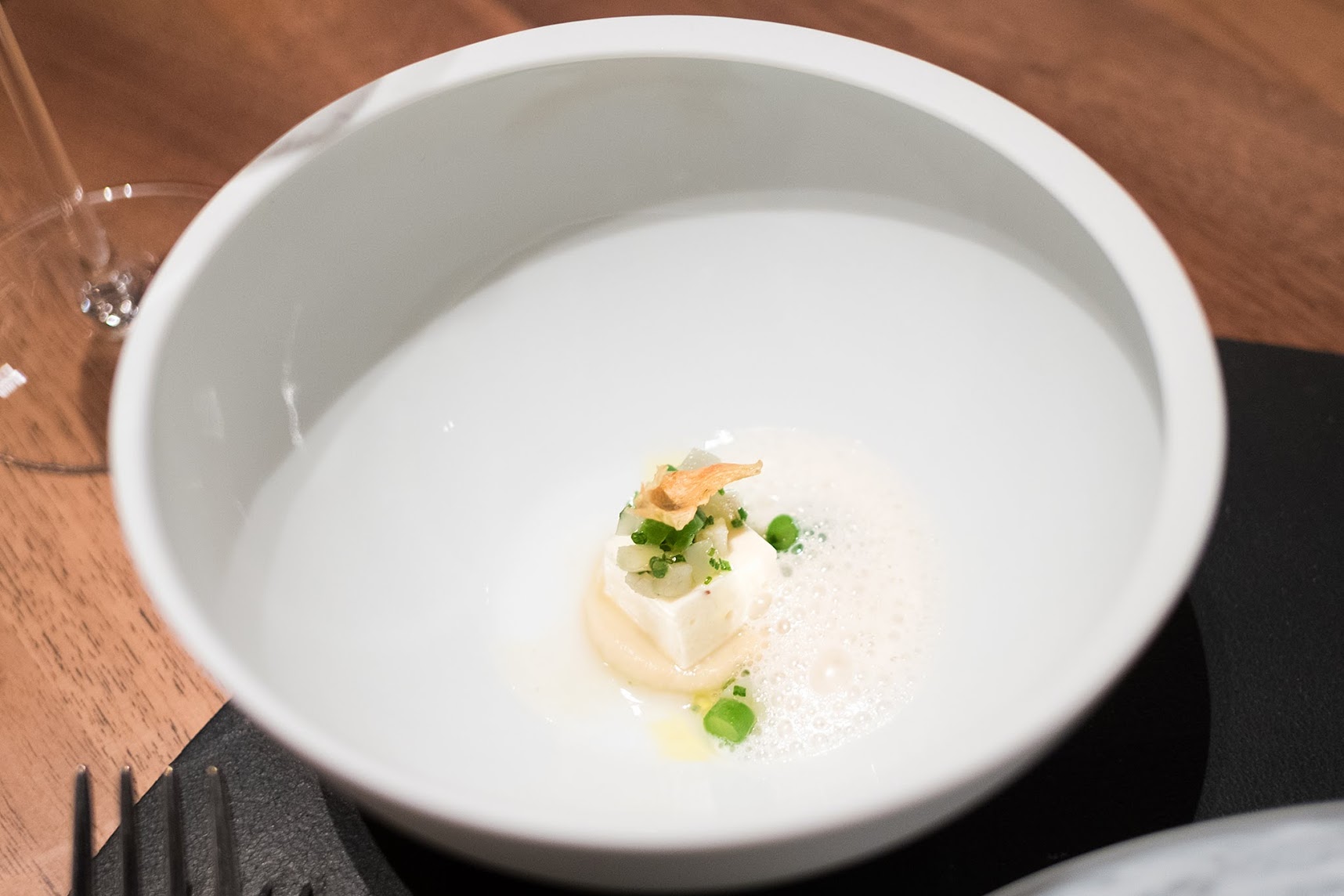 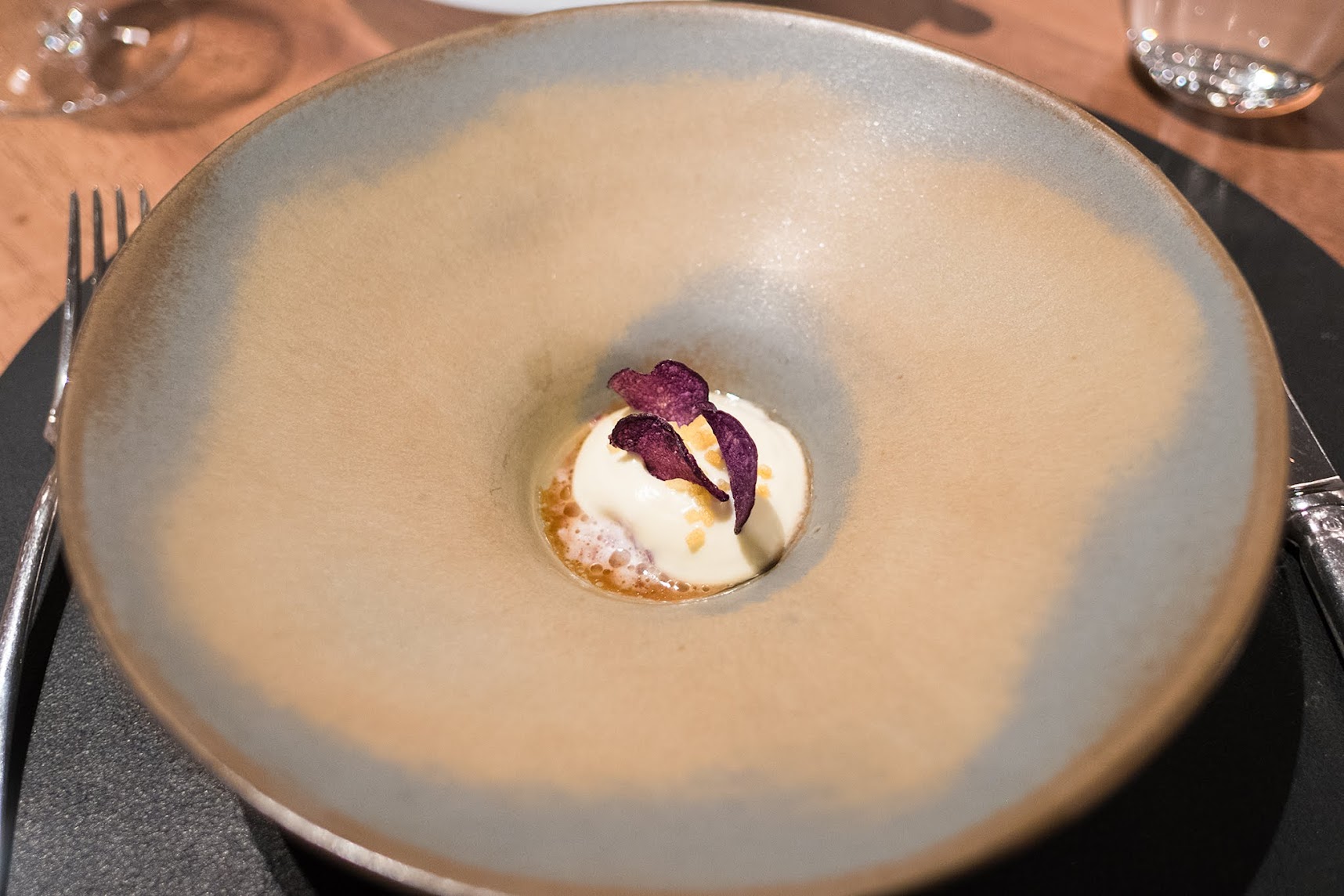 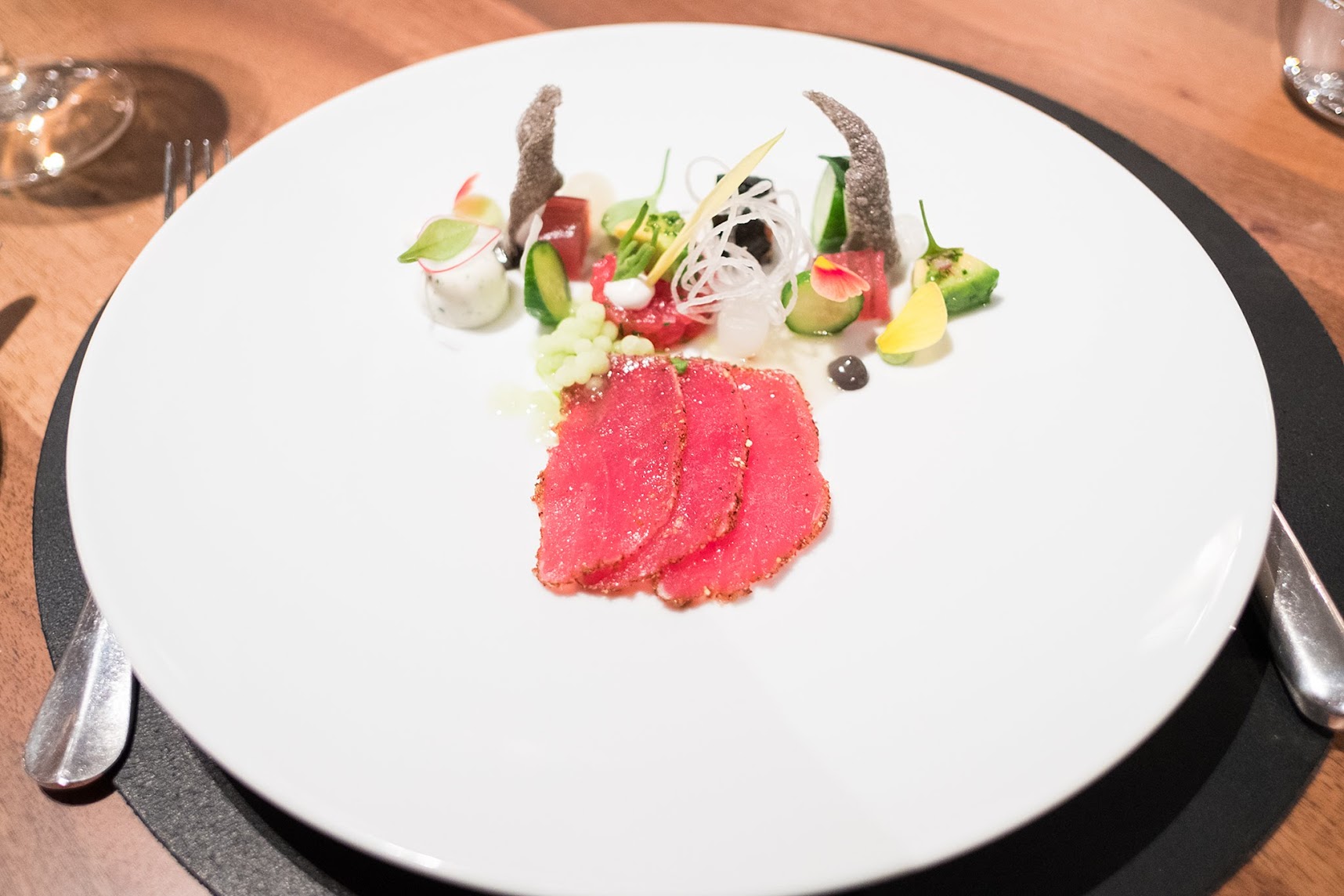 Tuna in tom kai spices
Avocado, bergamot, ponzu, black radish
A cornucopia of ingredients and techniques were on display – besides the components listed above, there were pieces of apple and cucumber, and a squid ink rice crisp, and soft pastilles of bergamot. It was nearly overwhelming but it worked. I enjoyed exploring the different combinations and could have eaten more. 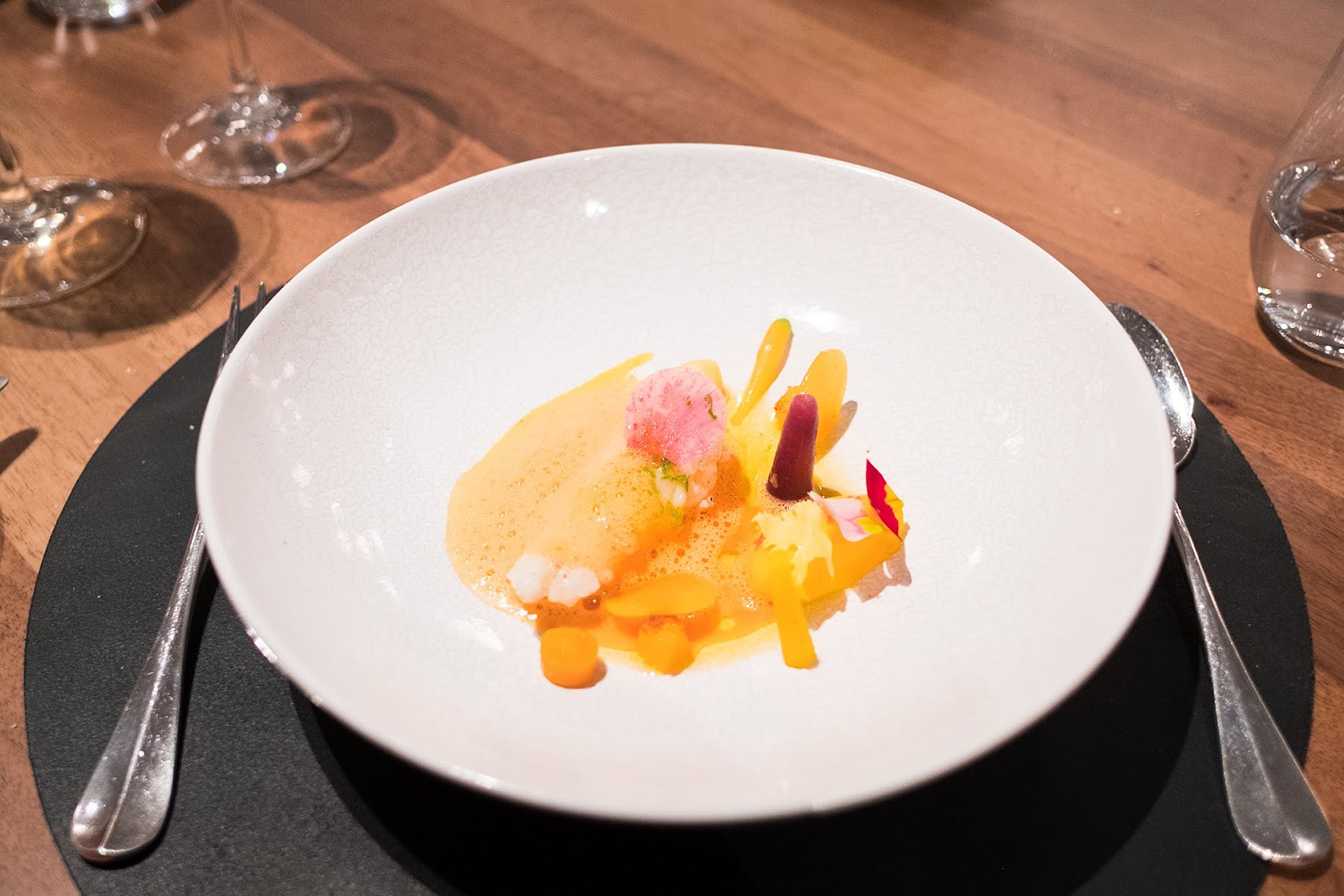 Langoustine
Pumpkin, carrot, citrus, ginger
Superb shellfish, lightly cooked and allowed to shine. A nice and bright dish, pared down to a few key components (in stark contrast to the previous course). 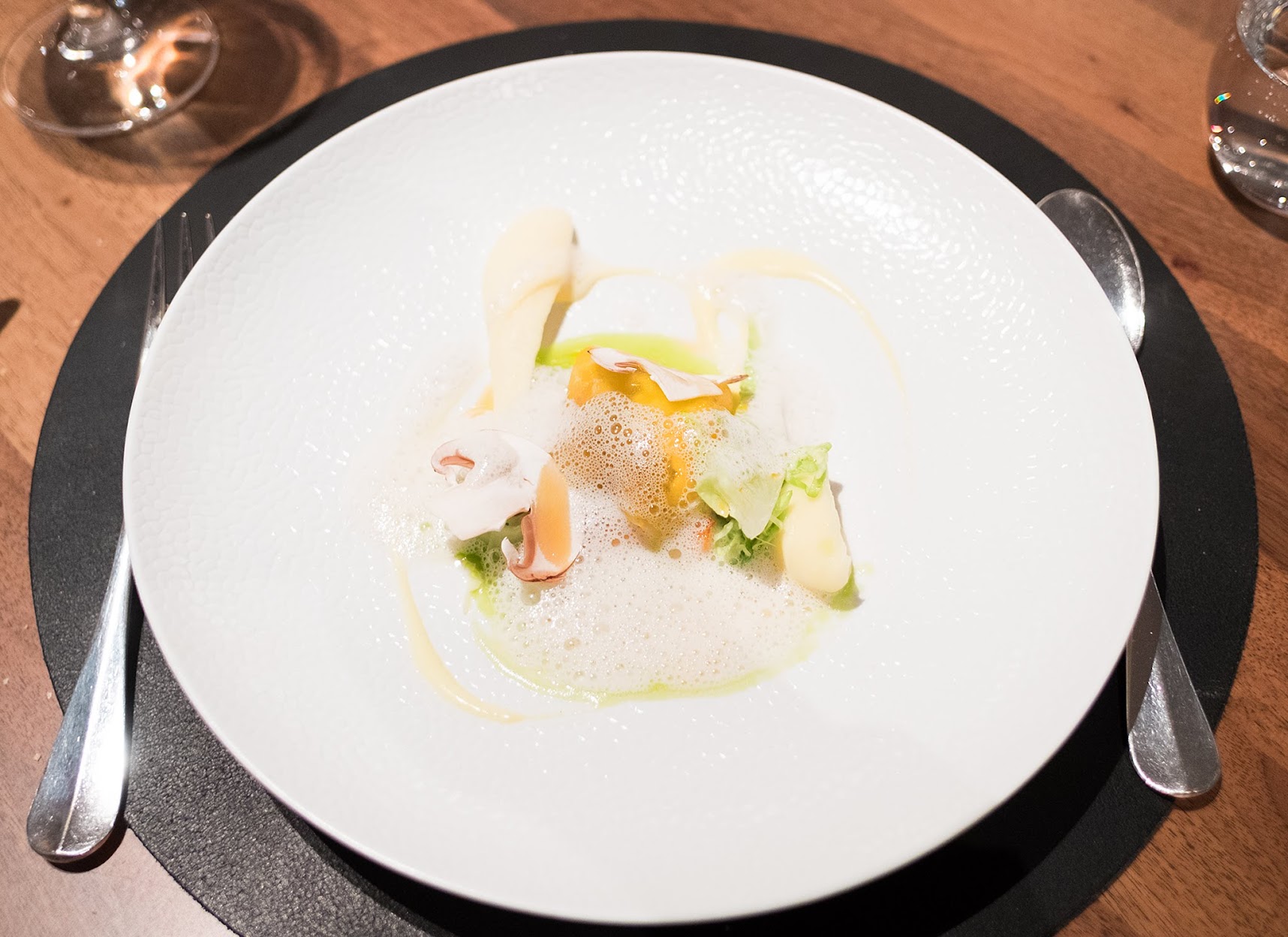 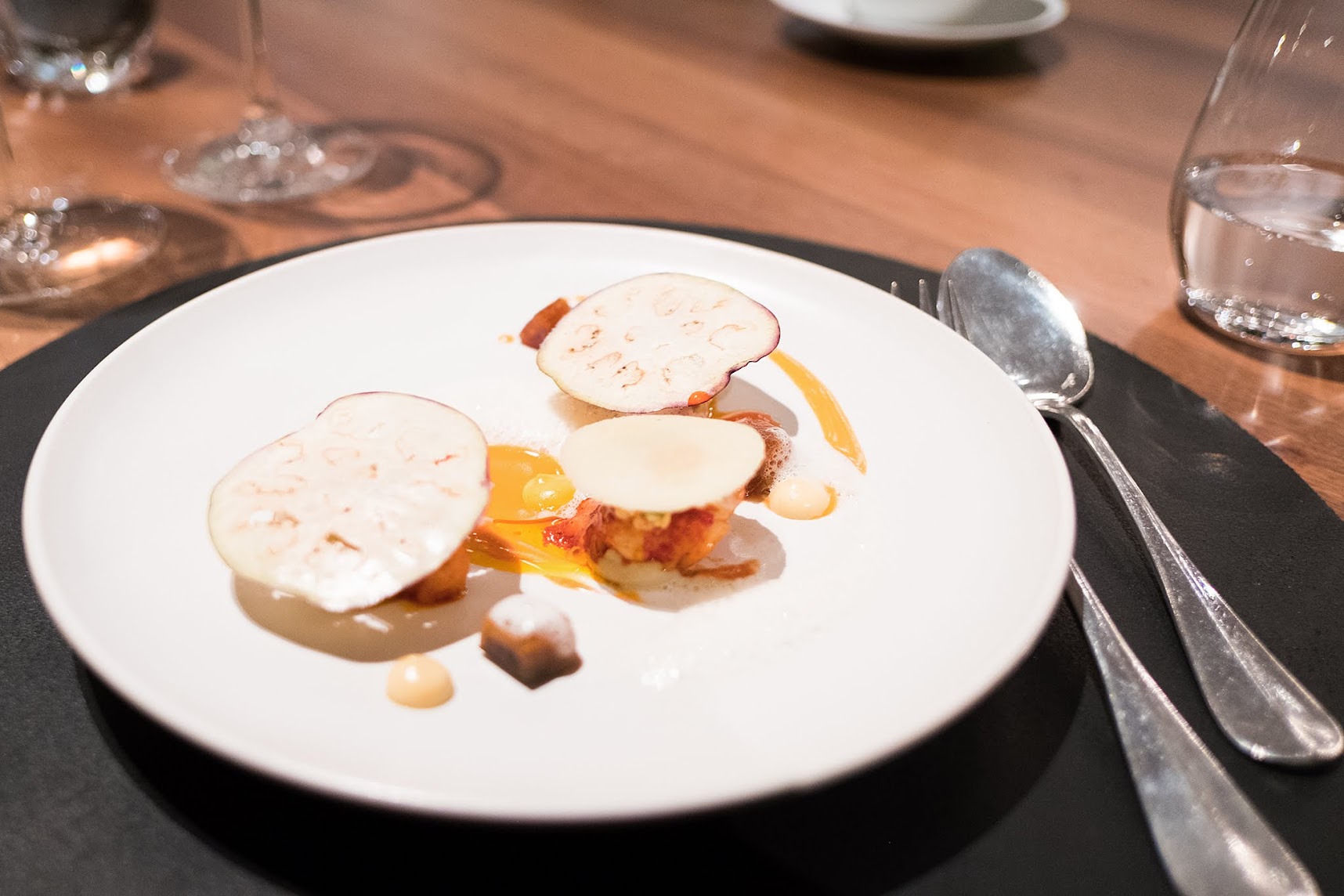 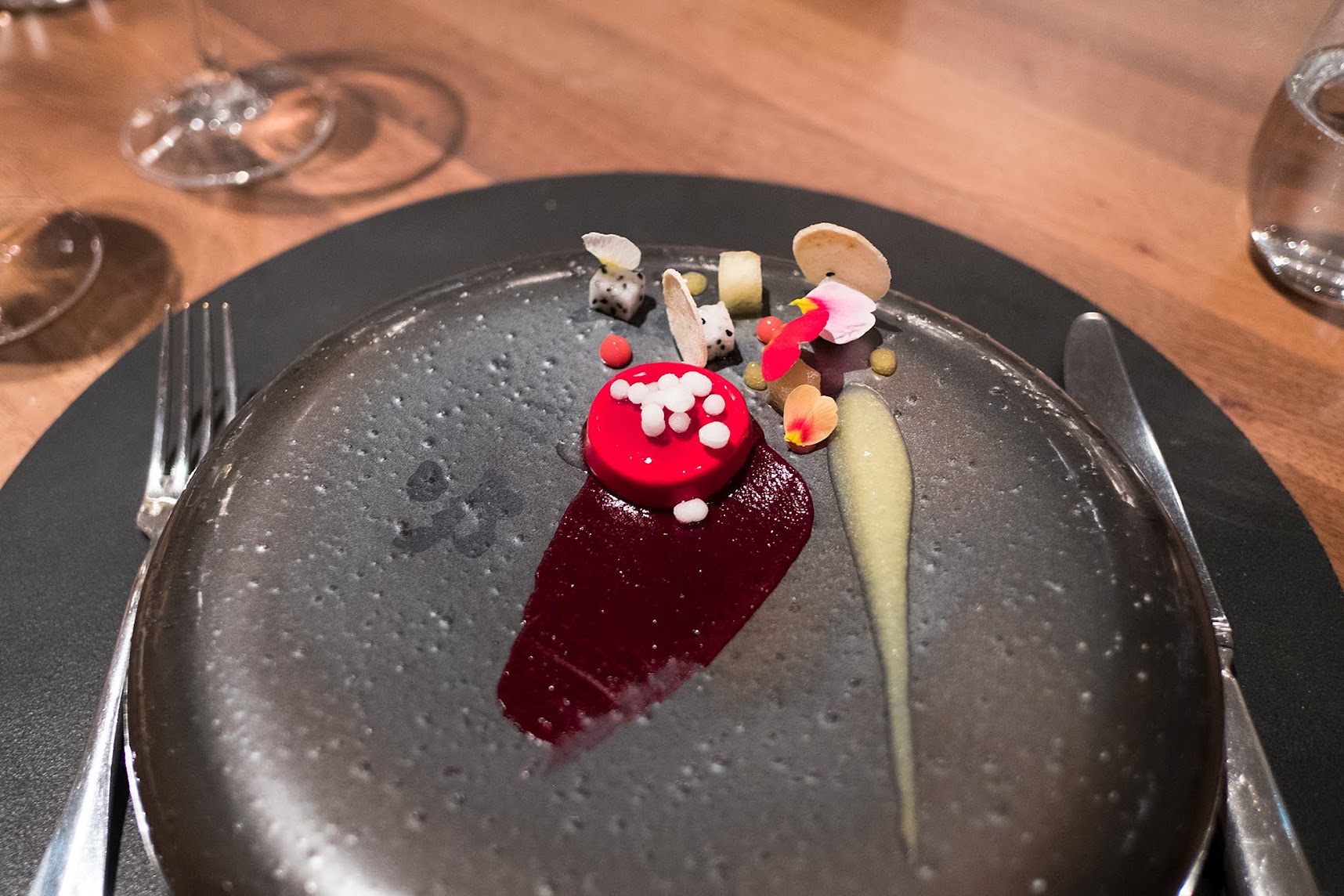 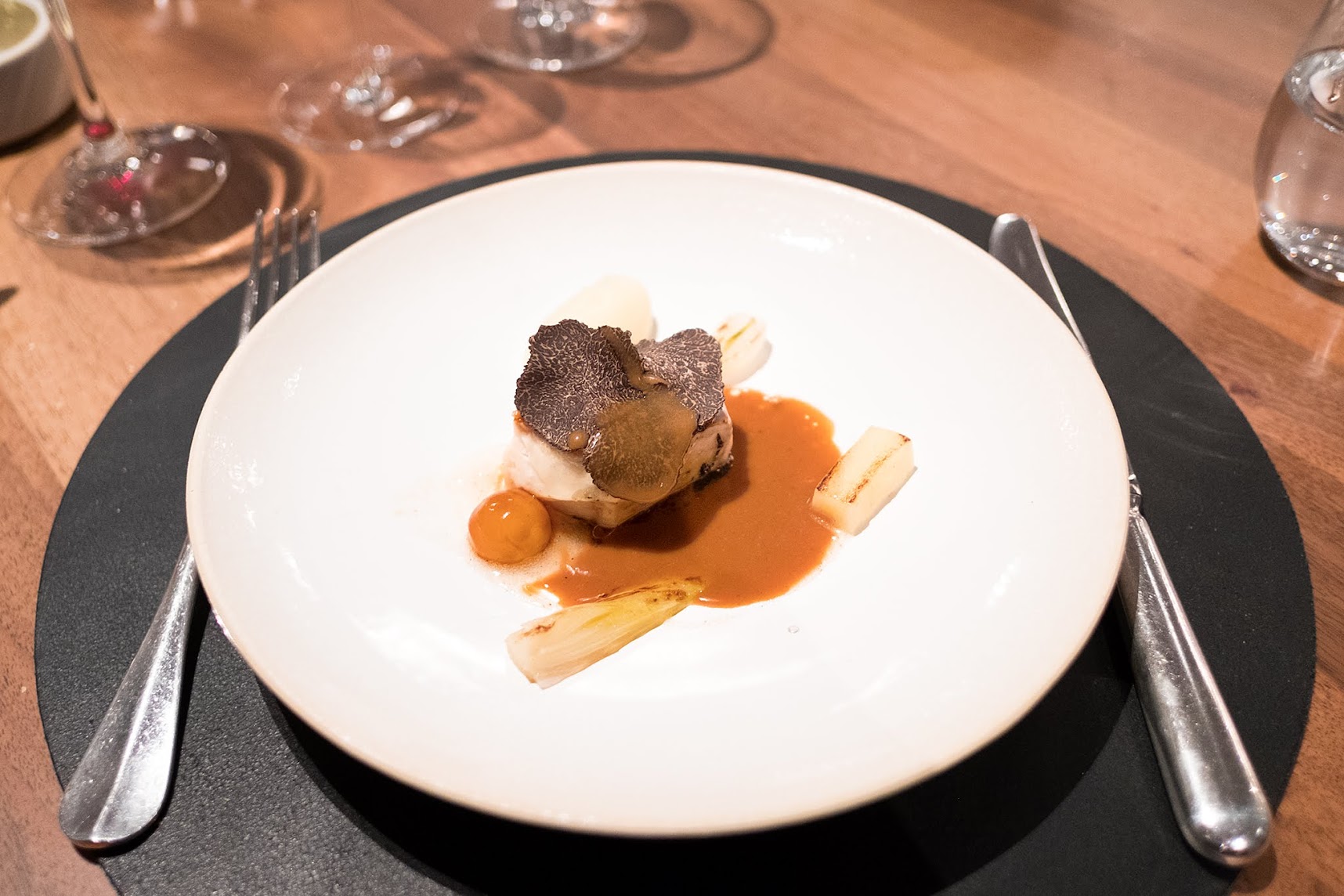 Corn-fed chicken, winter truffle
Parsnip, roasted onion, glazed kohlrabi, cardamom, lapsang souchong
Wow, this last savoury course was my dish of the night. Local hen was stuffed with a farce of its meat, and a jus infused with smoky lapsang souchong was poured tableside. The texture was unbelievable – one of the best pieces of chicken I’ve ever been served. 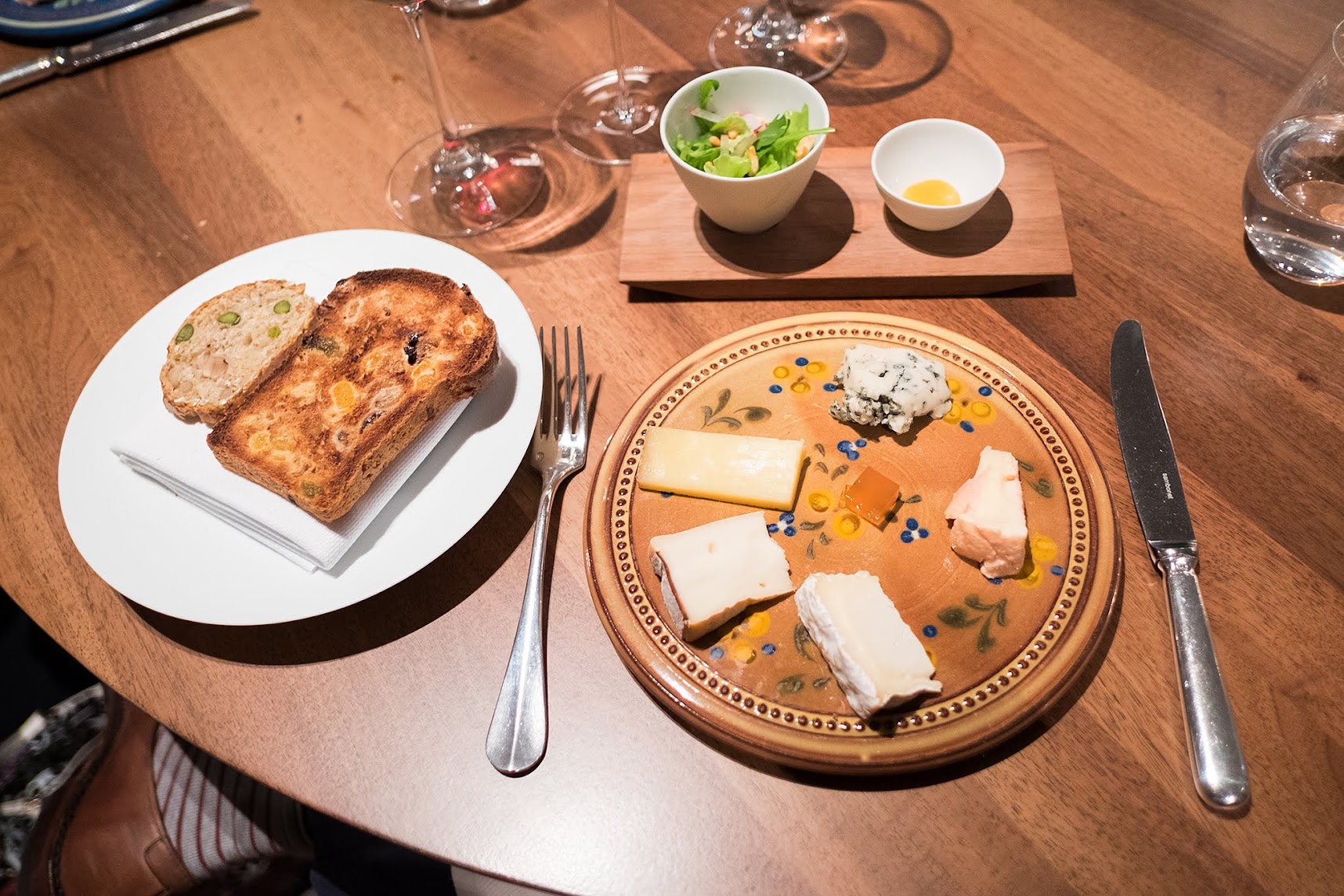 Cheese service
Pine nut salad, quince, fruit and nut breads
We were offered the option of having cheese in lieu of dessert. Feeling very sated, we gratefully accepted and enjoyed the selection of French and Dutch cheeses. The accompanying breads, served warm, were very good. 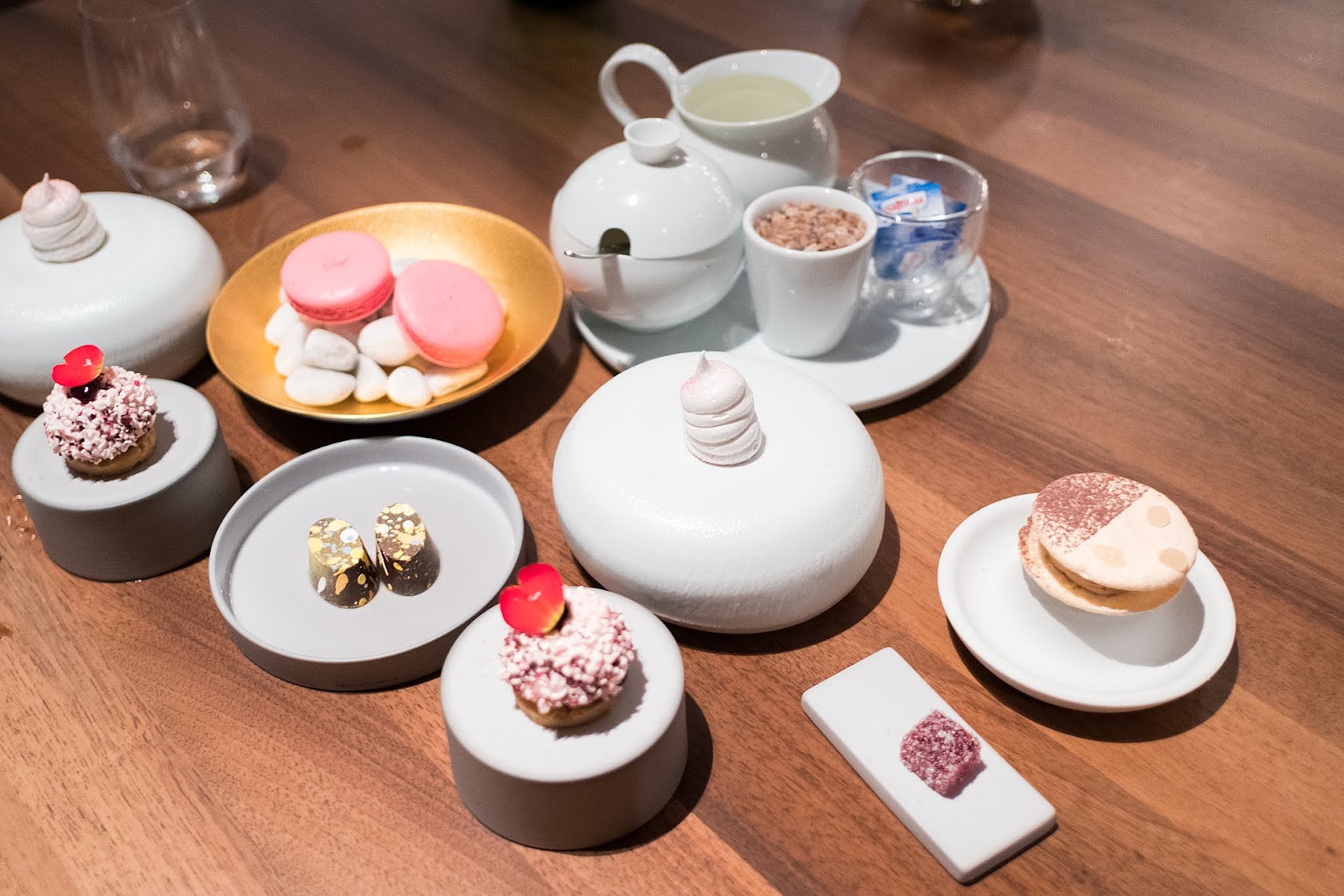 Mignardises
Finally, we finished with some tea and mignardises. Three of the sweets were notably good: (i) the fragrant rose macarons, (ii) blueberry marshmallows, and (iii) crisp feuilletines of chocolate and citrus.

Living in San Francisco tends to distort one’s sense of value, but €166 for the menu seems like a veritable bargain to me – certainly far less dear than many inferior places we’ve dined at. This was a more “classical” meal than I’m usually partial to, reminding me of menus from the early/mid-2000s (particularly with the liberal use of foam). However, one cannot argue with good technique and taste – this was our favourite meal of the trip, and I think deserving of its three stars.