A point of interest – the premises of Restaurant André formerly housed the law firm that employed Singapore’s first prime minister, Lee Kuan Yew. Almost through force of will, Lee turned the country from a backwater island into a first-world nation that ranks higher than the USA in GDP per capita. André Chiang, though not a native Singaporean, has made it his home and is at the vanguard of their high-end culinary movement.

The 30-seat restaurant serves a single tasting menu, subscribing to an overcomplicated doctrine dubbed Octaphilosophy – each of the 8 main courses is supposed to highlight an “element”, although it seems to me that any well-rounded dish should feature all eight. Semantics aside, I was glad we spent our only night in Singapore here. 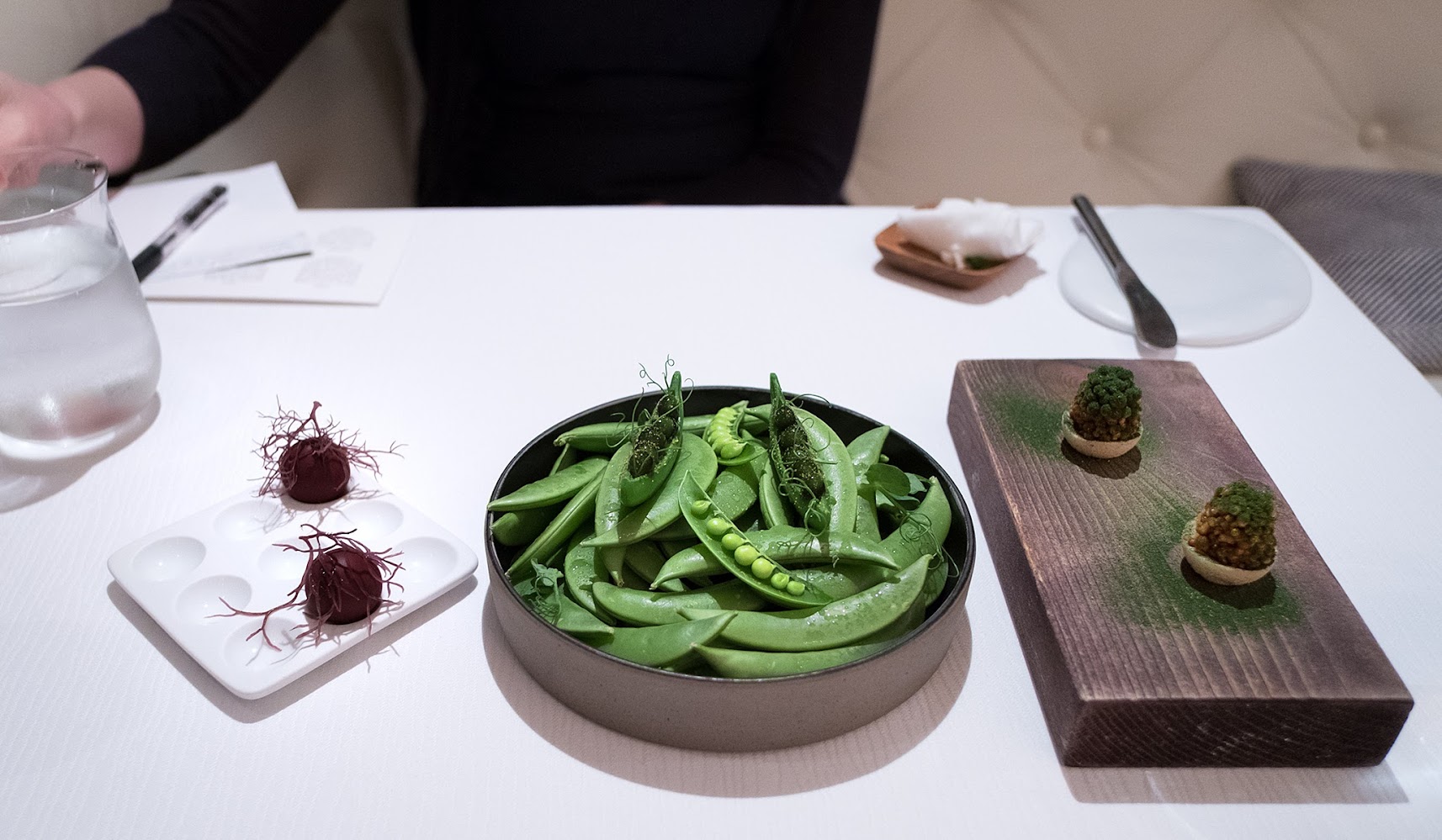 Red coral, sweet peas, mushrooms
The snacks began with: (1) a capsule of black cherry and balsamic vinegar, hooded by a frond of red coral; (2) peas glazed in a tarragon gel, atop an uni cream; (3) mushroom meringue, filled with mushroom cream and topped with seaweed-dusted enoki. The last was my favourite – an umami bomb. 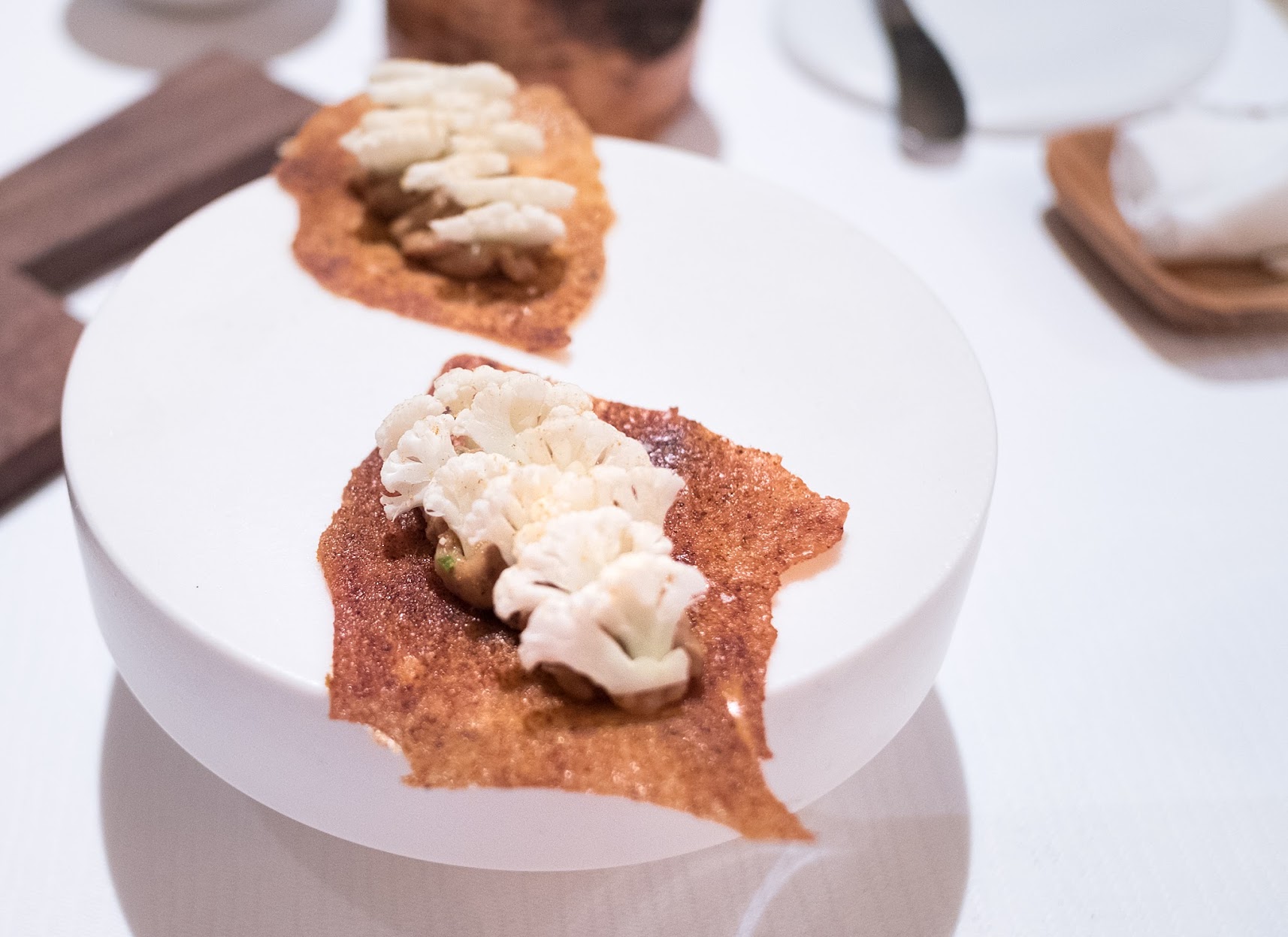 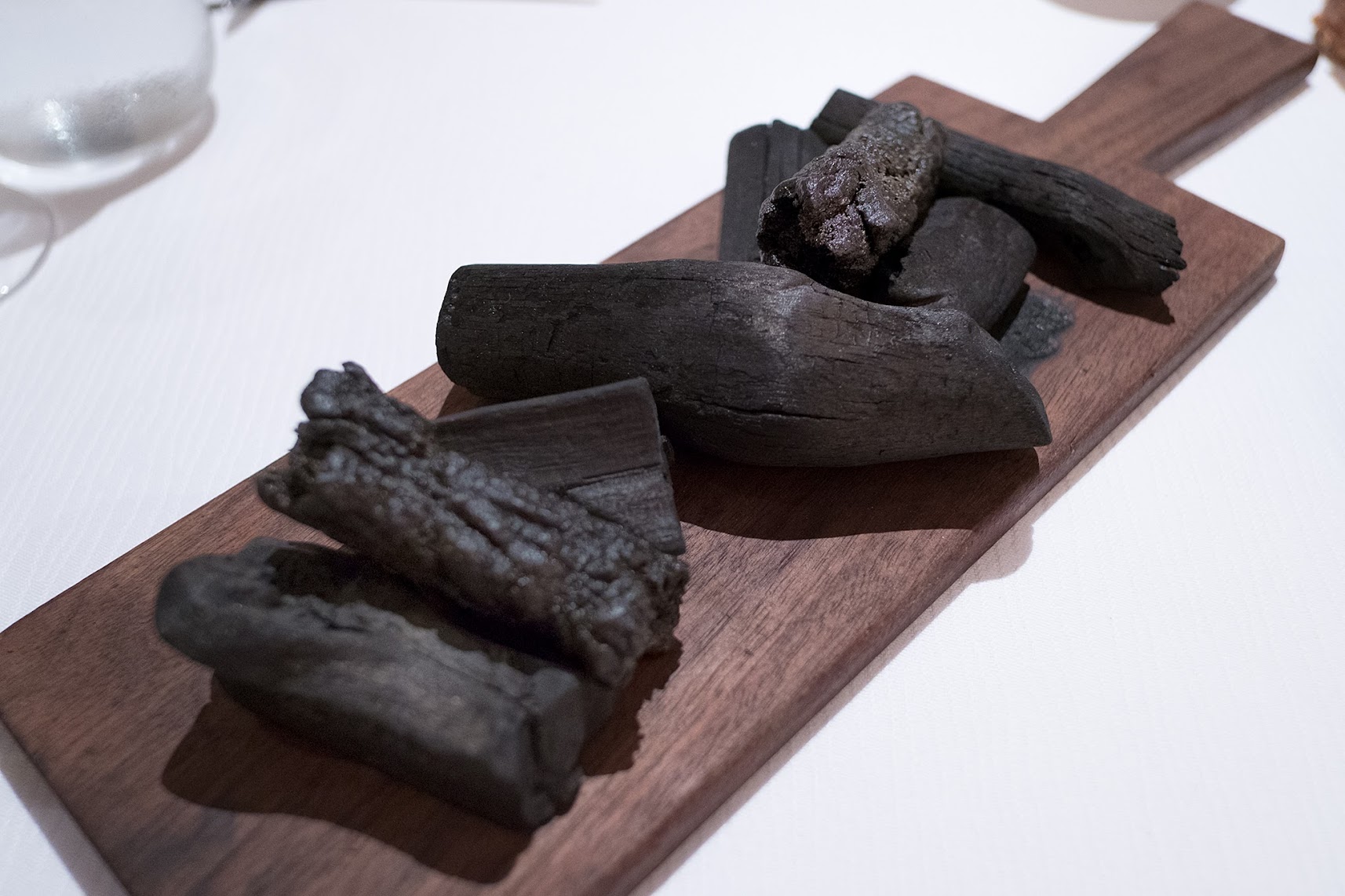 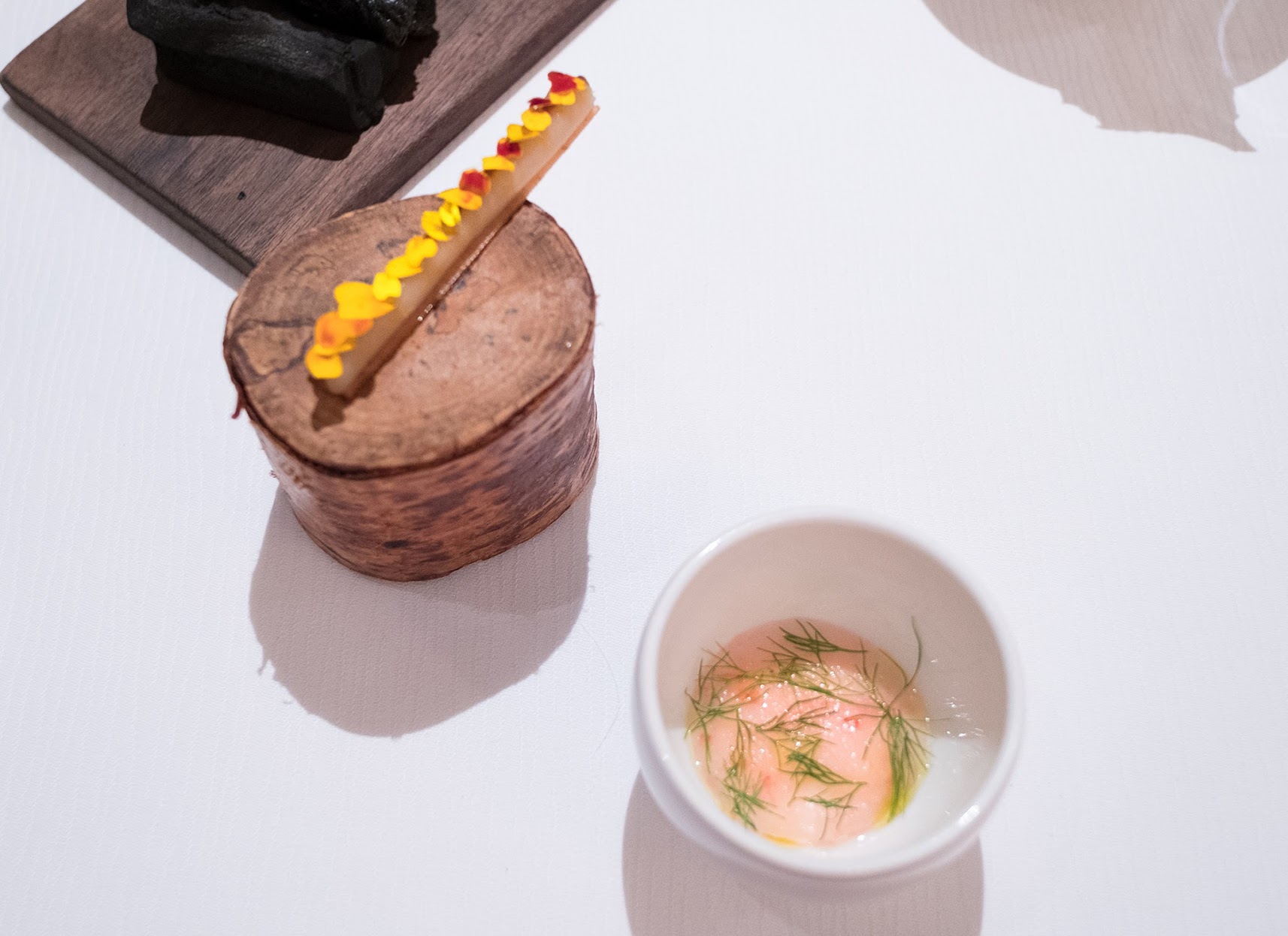 Piquillo pepper and amaebi dip
Apple, celeriac, burnt miso, wild flowers
The dip served as a companion to the (rather greasy, and pointlessly darkened) churros. The baton of apple and celeriac proved significantly better – great textures and a nice sweet/salty/herbal combination. 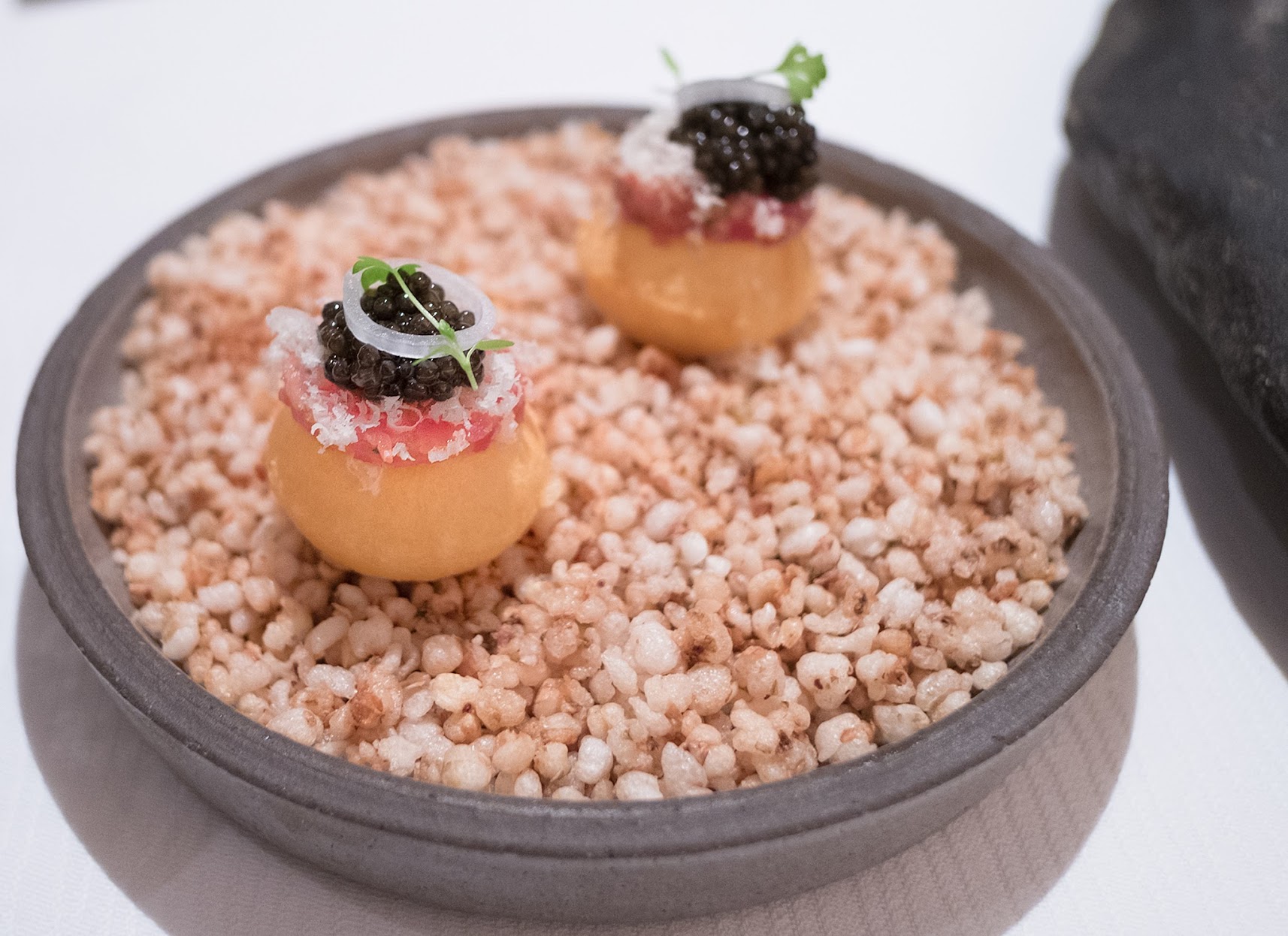 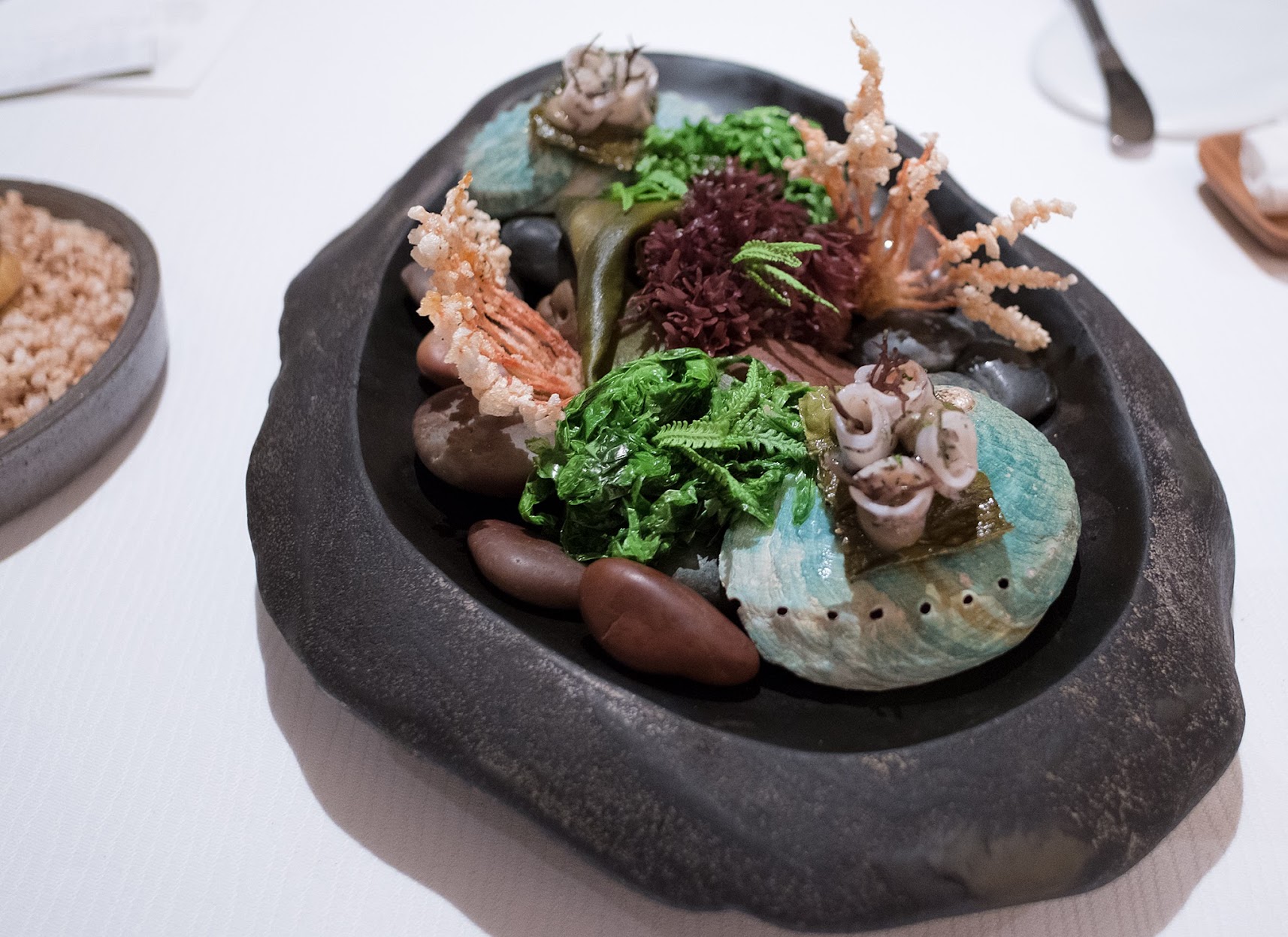 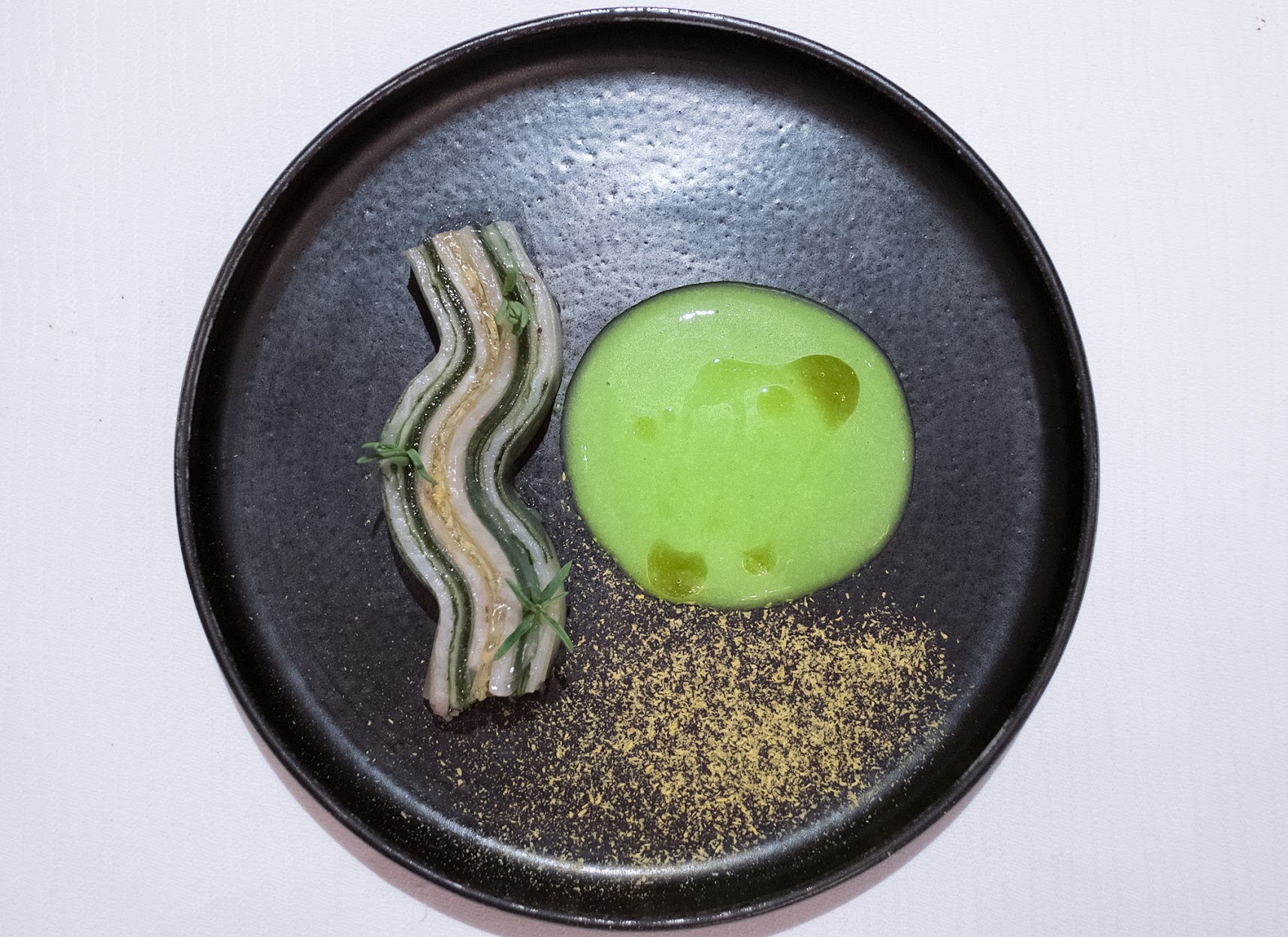 “Texture”
Millefeuille, chrysanthemum dust, lime and jalapeno purée
Quite a masterpiece. The millefeuille comprised layers of smoked swordfish, cucumber, daikon, chrysanthemum jelly and seaweed. True to its name, this dish was a celebration of textures, and the contrasting flavours of smoke, salt and acid were delightful. 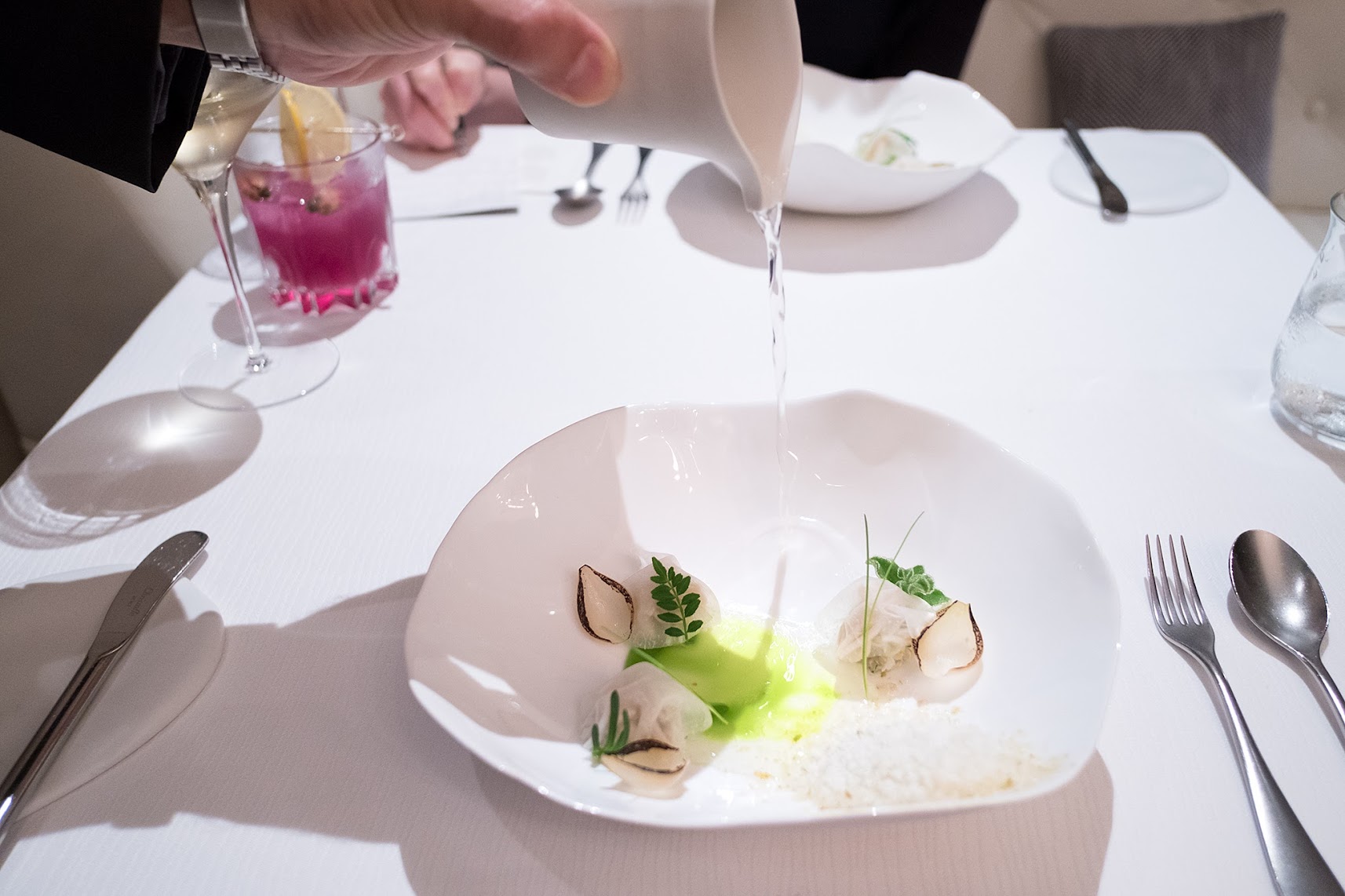 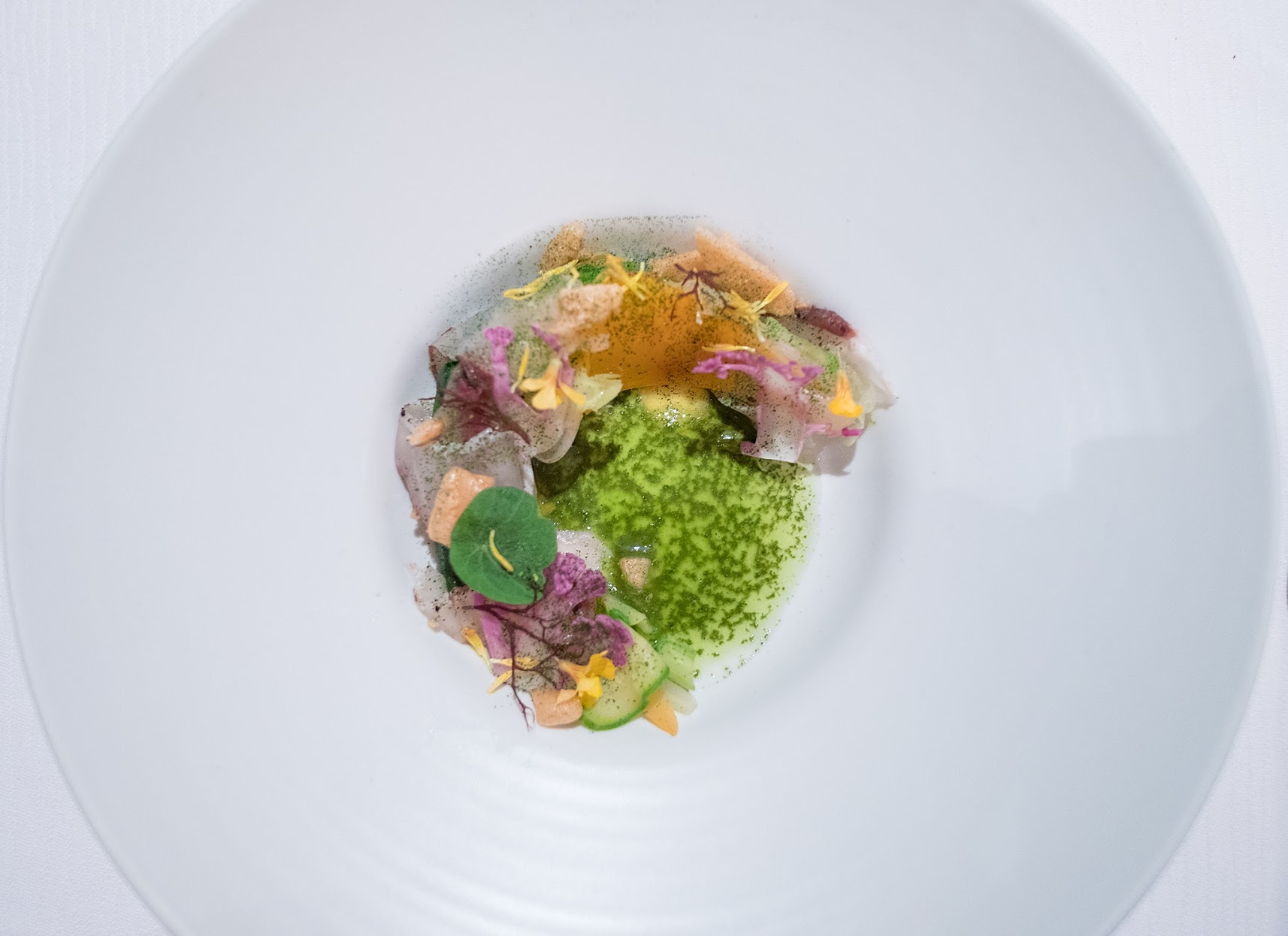 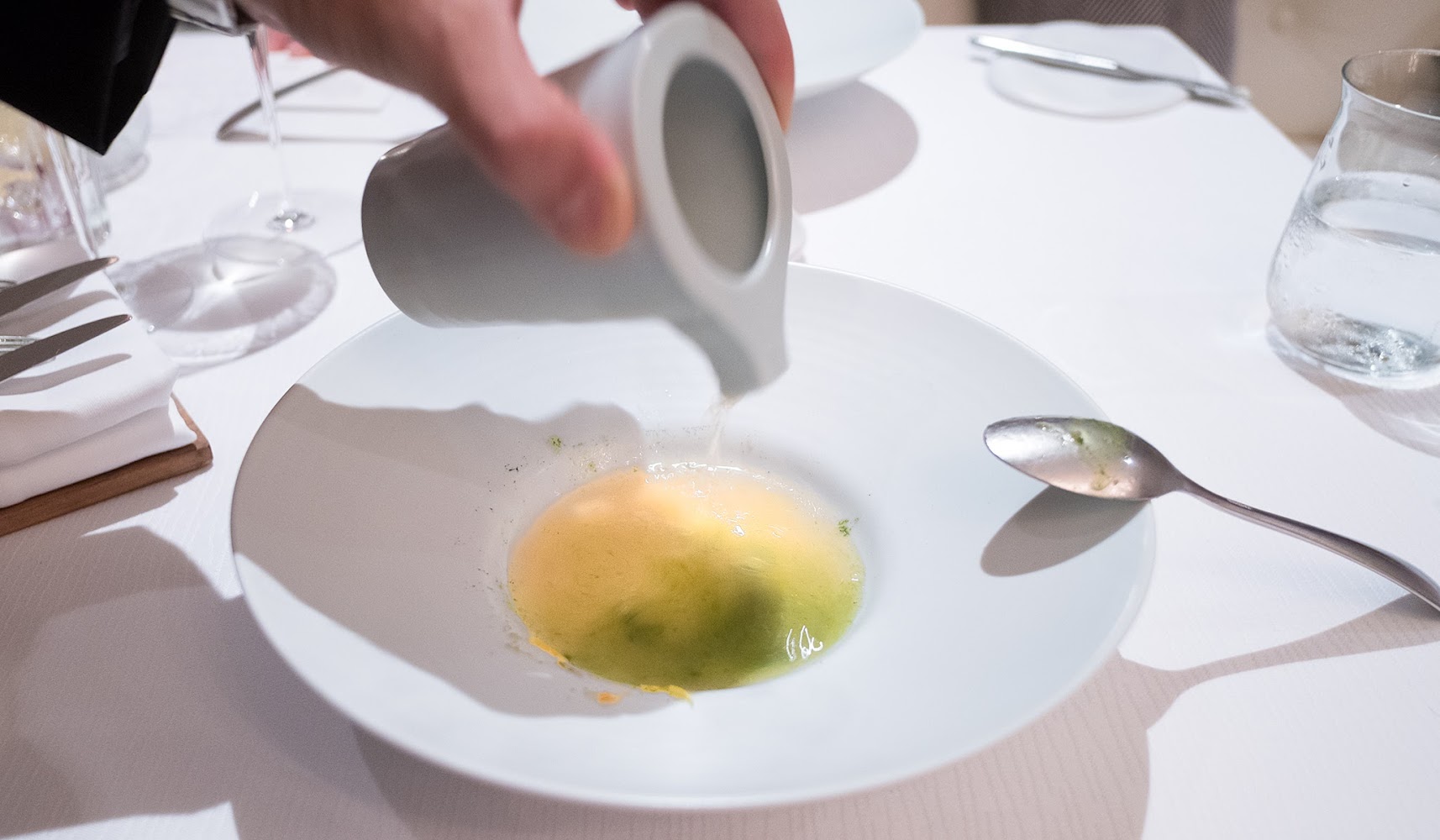 “Artisan” – Part 2
Fermented vegetable broth
Likely the best version of a gargouillou that I’ve ever eaten – this was easily world-class. The key was the stark contrast between the fresh vegetables and herbs, and the briny, oily mackerel and vinaigrette. When we were finished with the first part of the dish, our server poured a broth over the remaining sauces and oils. This broth was made from the same vegetables, which were allowed to steep and ferment for a few days. Absolutely stunning – my dish of the night. 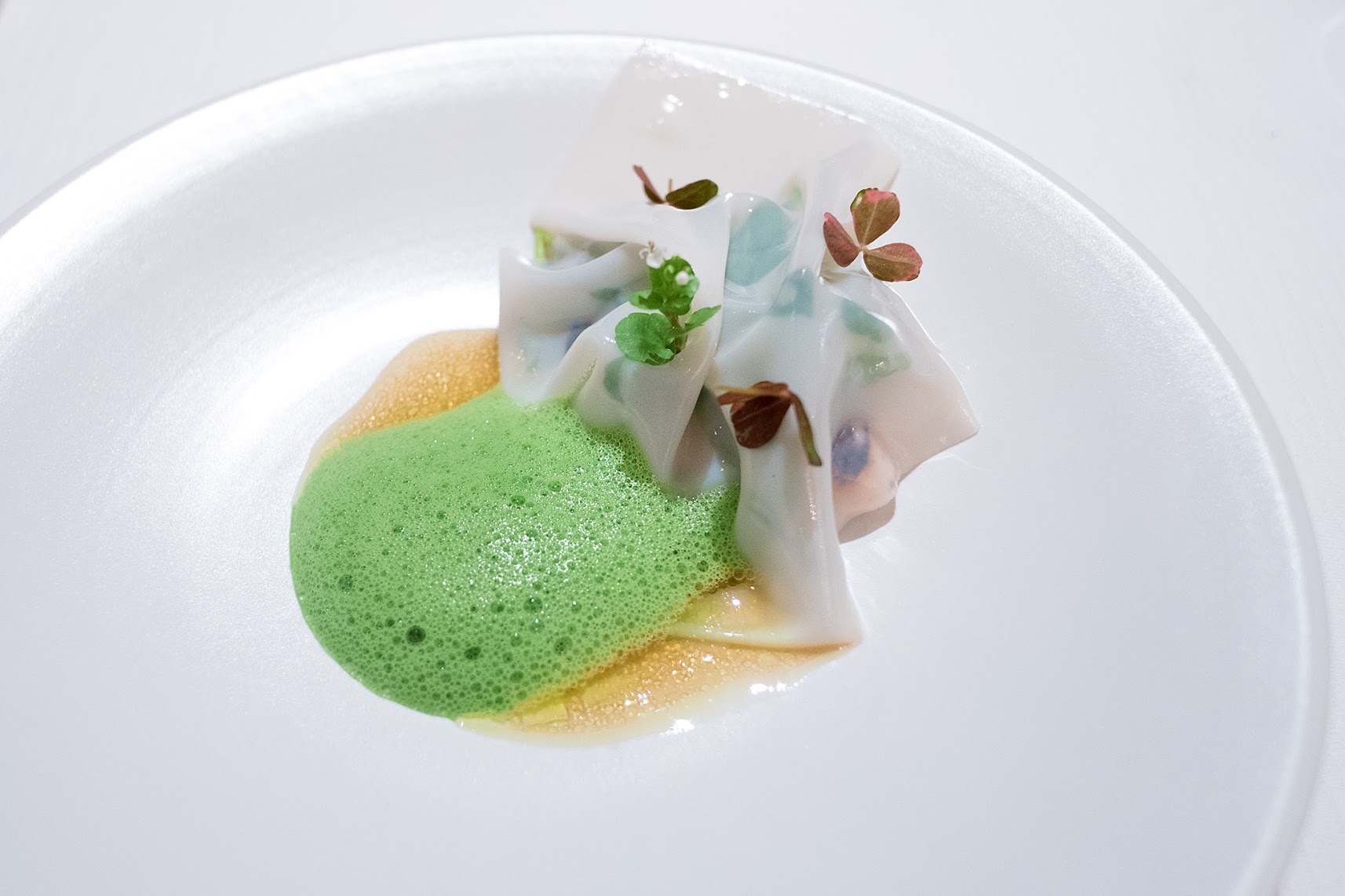 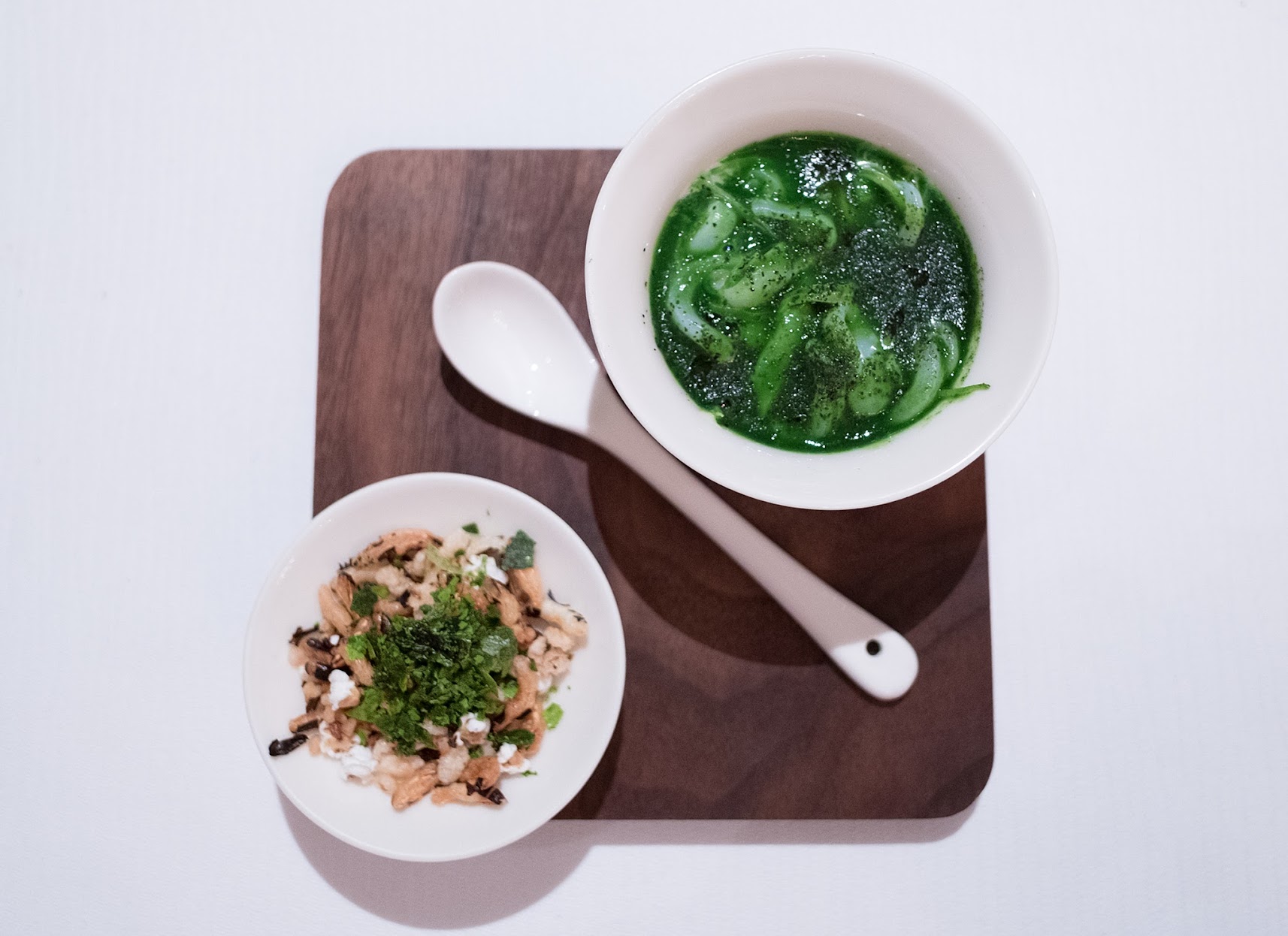 “Salt”
Squid spaghetti, kelp jus, sorghum
Another 3-star dish, and a close second to the salad above. Here, strips of perfectly cooked squid were immersed in an intense kelp jus. We were instructed to mix in the puffed grains and nori for texture. A course that truly highlighted salt, yet at no point did it overwhelm or feel unbalanced – an impressive feat. 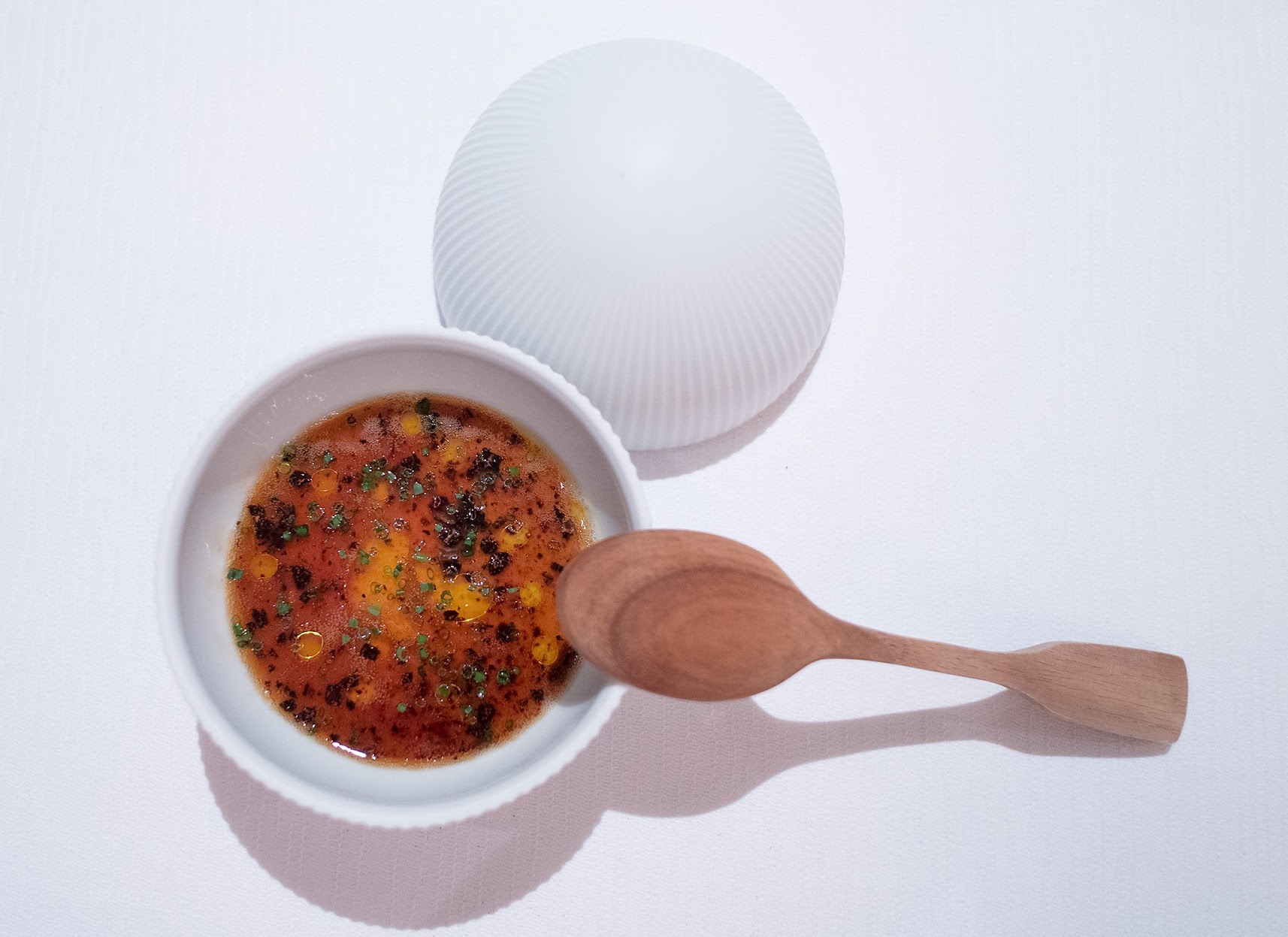 “Memory”
Foie gras royale, black truffle coulis, chives
As close as the restaurant gets to a signature course – this one never comes off the menu. Indeed, I was told they buy a large batch of truffles when in season and freeze them at -80C to make sure they have enough to last the year. It harkens back to the first dish Andre created (ca. mid-1990s), while working in France. 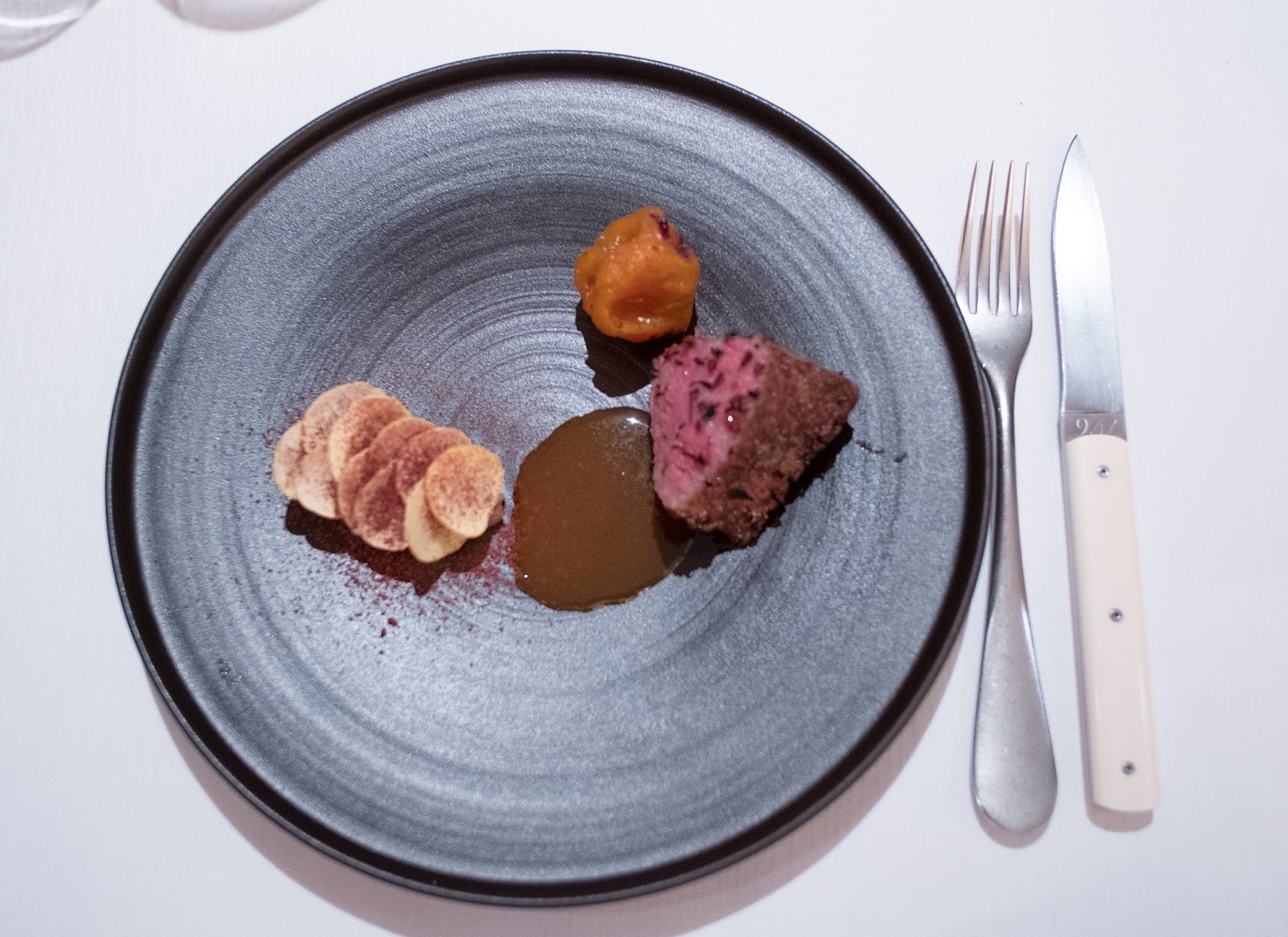 “Terroir”
Wagyu, persimmon, cocoa, Mont Blanc, beef jus
Australian wagyu was slow-roasted in a “soil” of licorice, coffee, cacao and hojicha. To accompany the meat, a sundried persimmon glazed in orange, and crisp chips of chestnut atop a mushroom purée. The connection to any sort of local terroir escapes me. 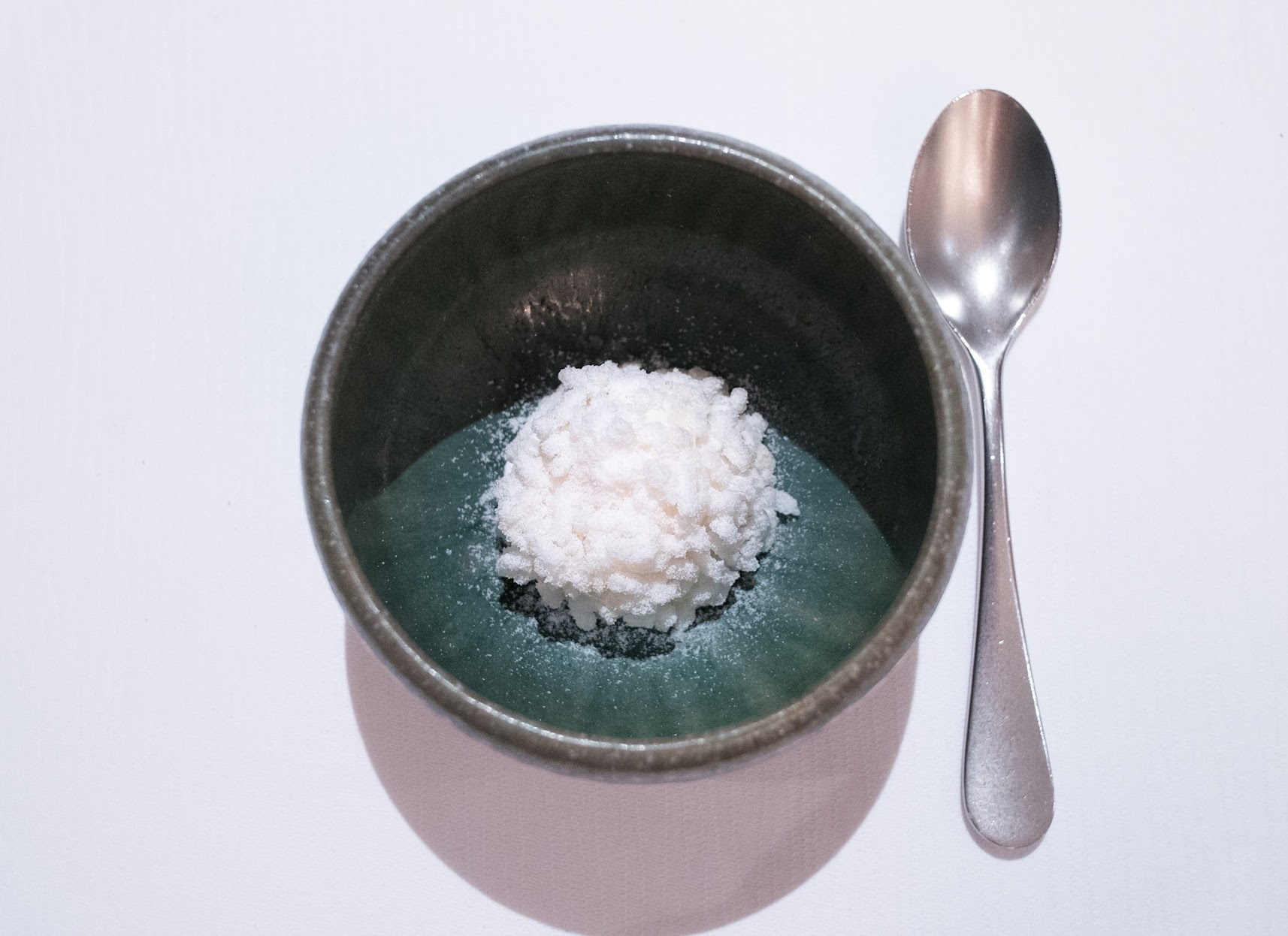 “Unique”
Aomori rice ice cream, amazake, puffed rice
As part of our beverage pairing, we were also served some of the housemade amazake used in the dessert. A delightful combination highlighting the sweetness of rice. 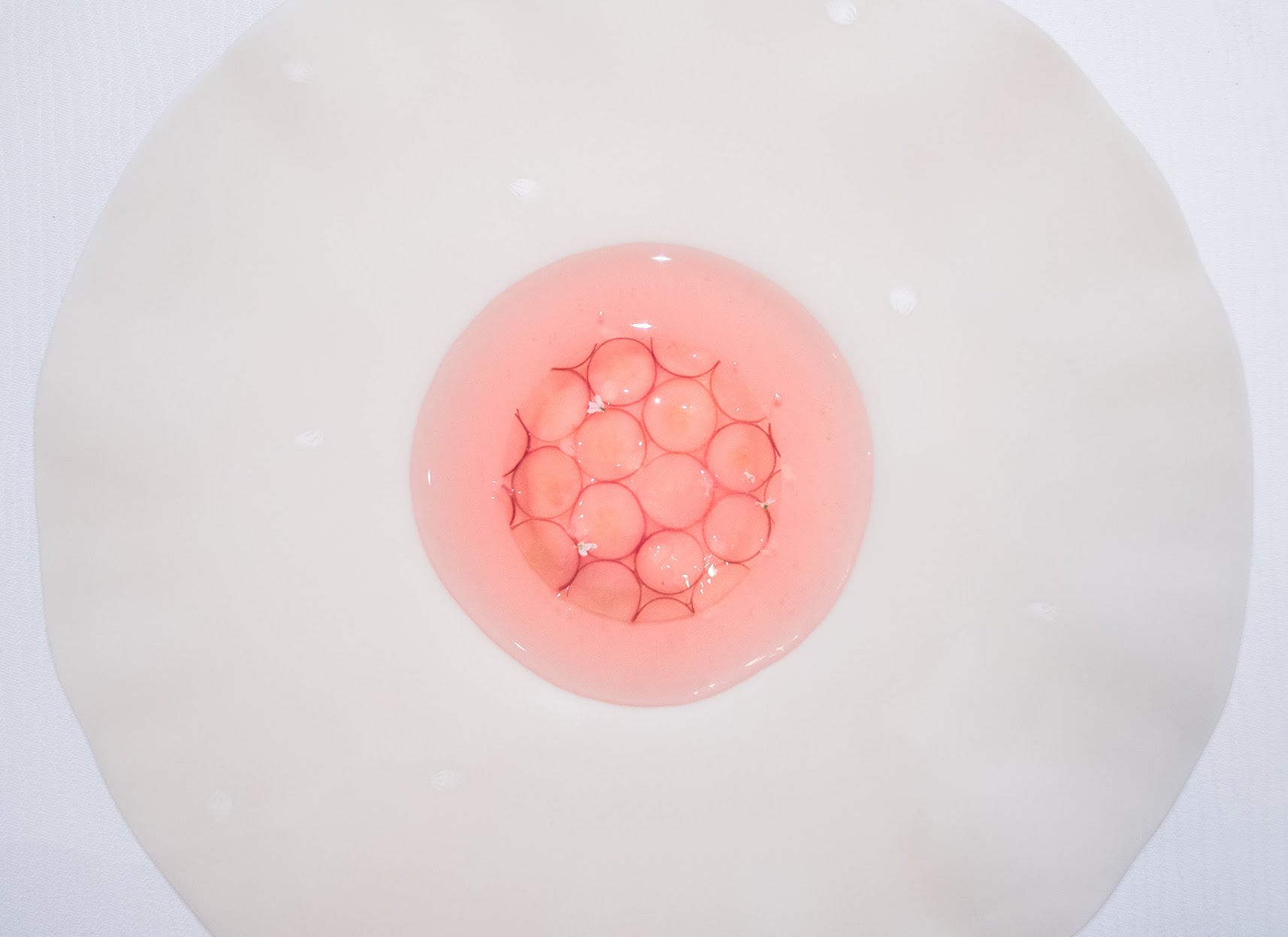 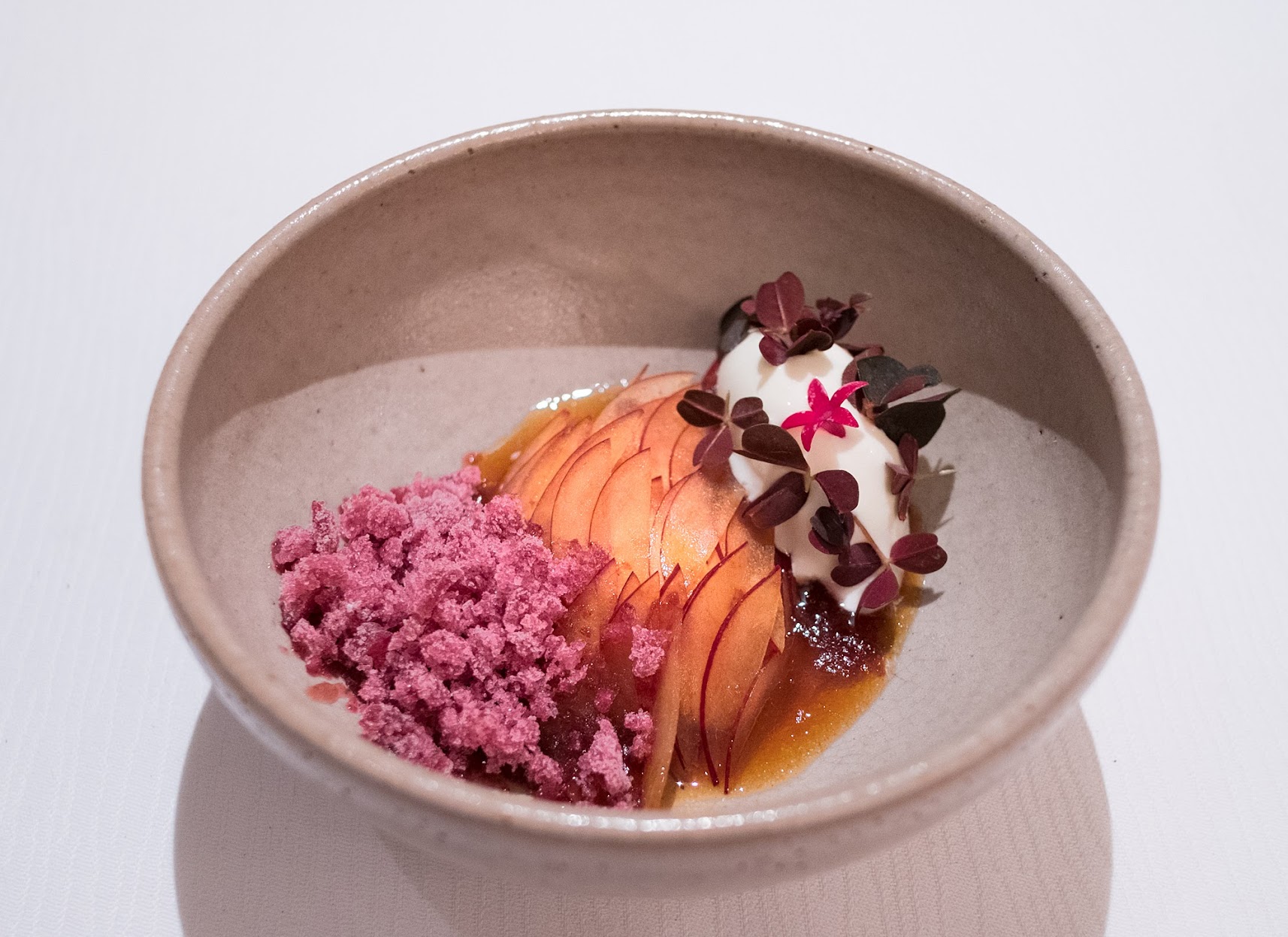 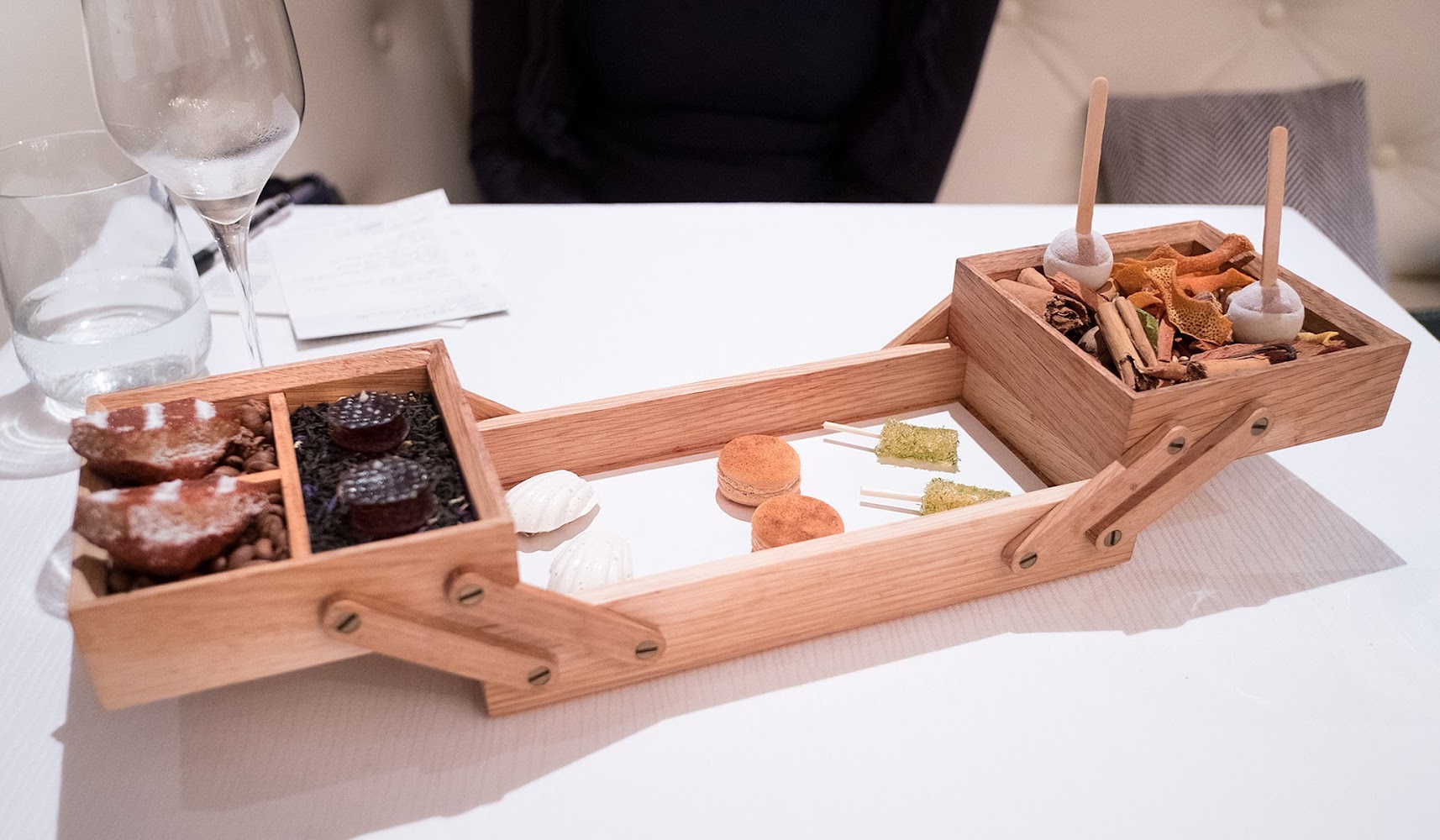 You can tell the restaurant has global aspirations, because not a single person who served us this night was a Singaporean (I say this only partly tongue-in-cheek). Similarly, the food was cosmopolitan – perhaps itself a comment on the nature of modern Singapore. Chiang’s food does express a certain sense of individuality, reflecting his Taiwanese heritage and classical French training, if not his adopted home. I hope that he ultimately finds a way to meld everything together, to define an identity for Singaporean fine dining. That is something we’d eagerly return for.