Shinobu Namae is quite a prolific Instagrammer – in fact, I’m nearly certain his posts are how I first found out about his restaurant, L’Effervescence. He’s also one of those darlings in the international chef community, a frequent jet-setter and seeker of unusual experiences. By contrast, his restaurant couldn’t be more staid – it’s located in a purely residential neighbourhood (it’s a converted house), and the dining room is classically elegant (dim lighting and white tablecloths). The only nod to “letting their hair loose” is background music that sounds like it’s shared with Josh Skenes’ playlist. There is a single menu – our meal follows. 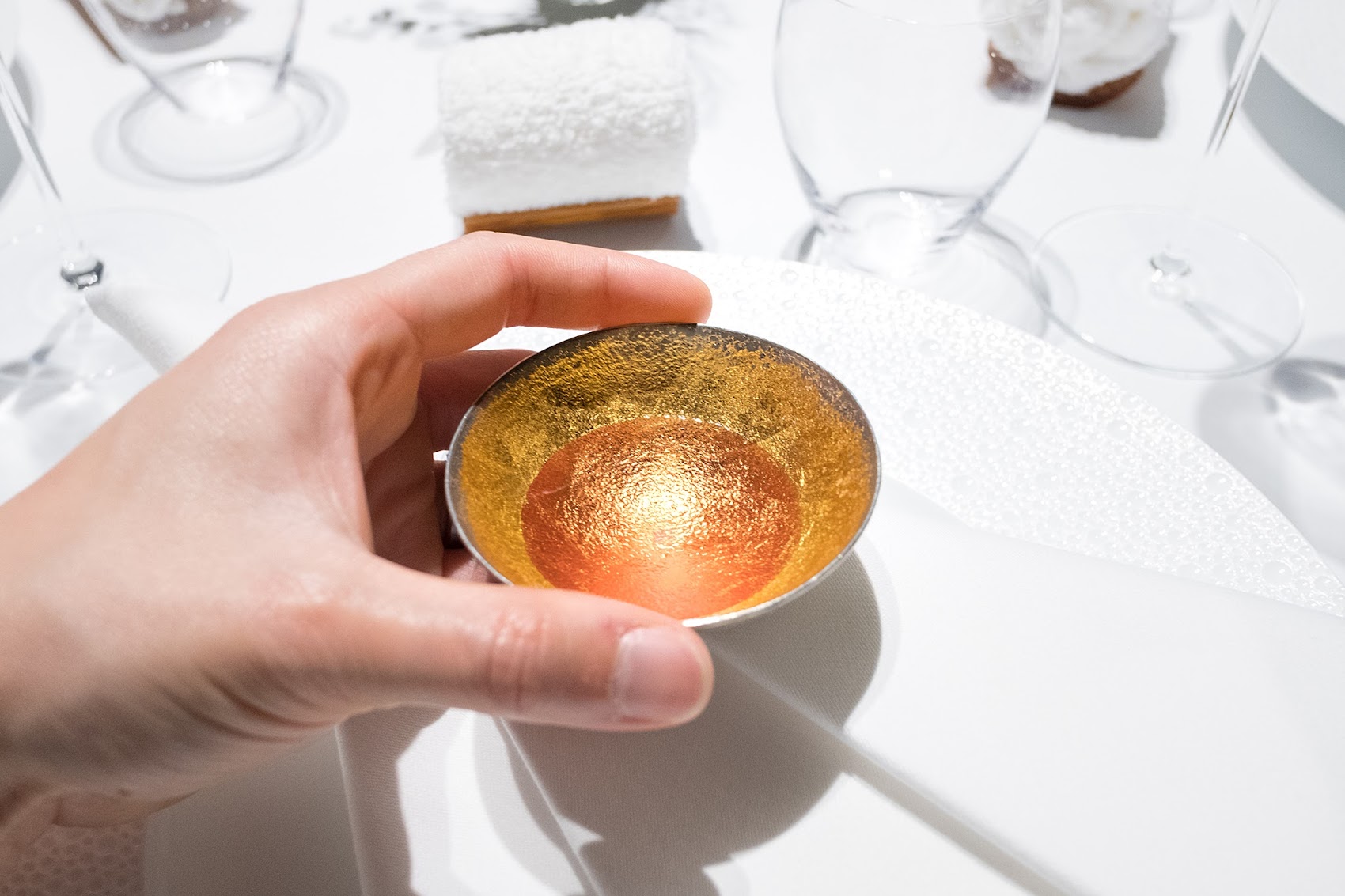 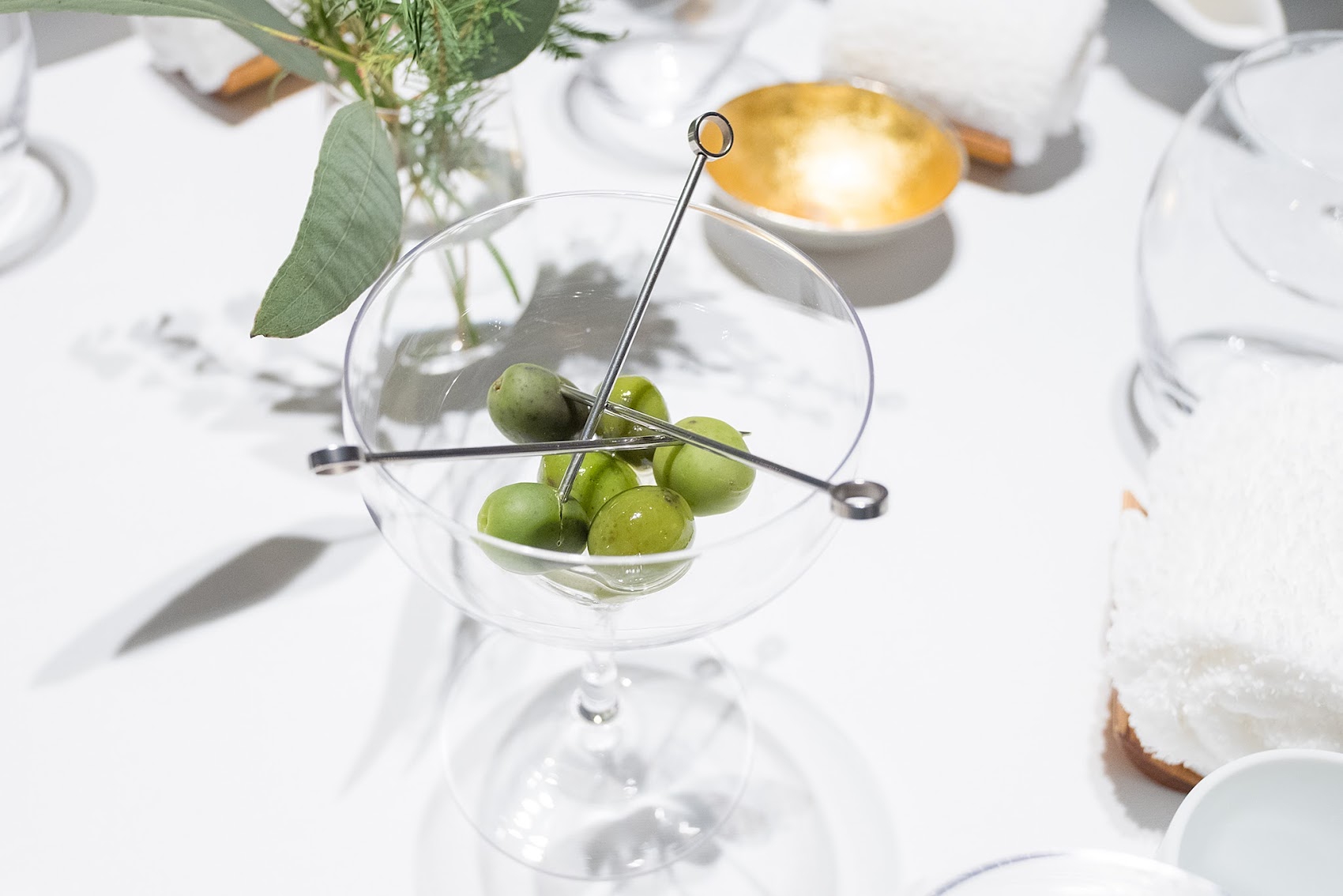 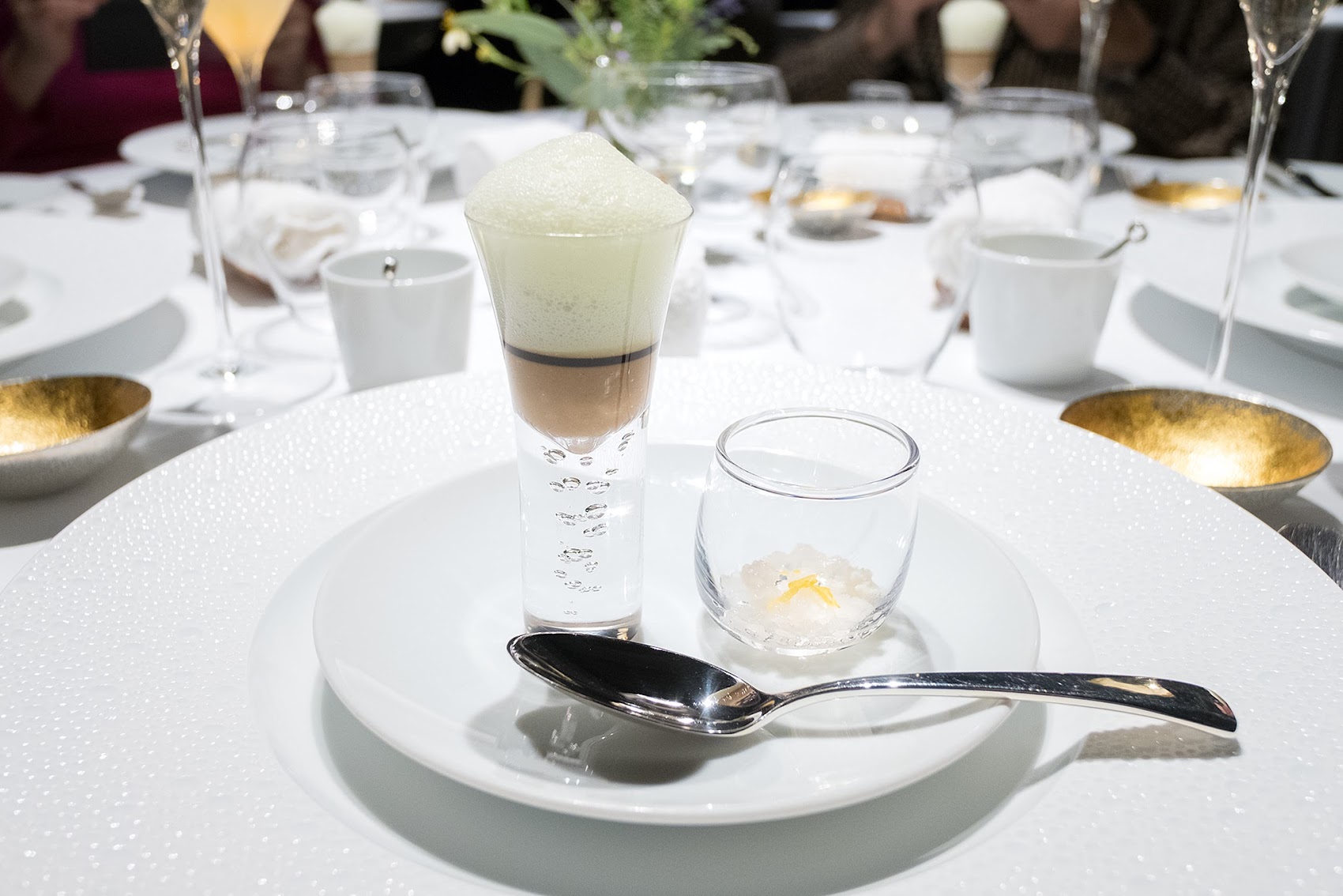 “Awakening”
Porcini, kujo negi, apple
On the left – a chilled puree of mushroom and kawahagi (filefish) liver, topped with a thin layer of sherry vinegar jelly, and a cloud of kujo negi foam. This was packed with sweetness and umami. On the right – a sherbet of apple juice and mead, and bits of yuzu. Acidic and nicely palate-cleansing. 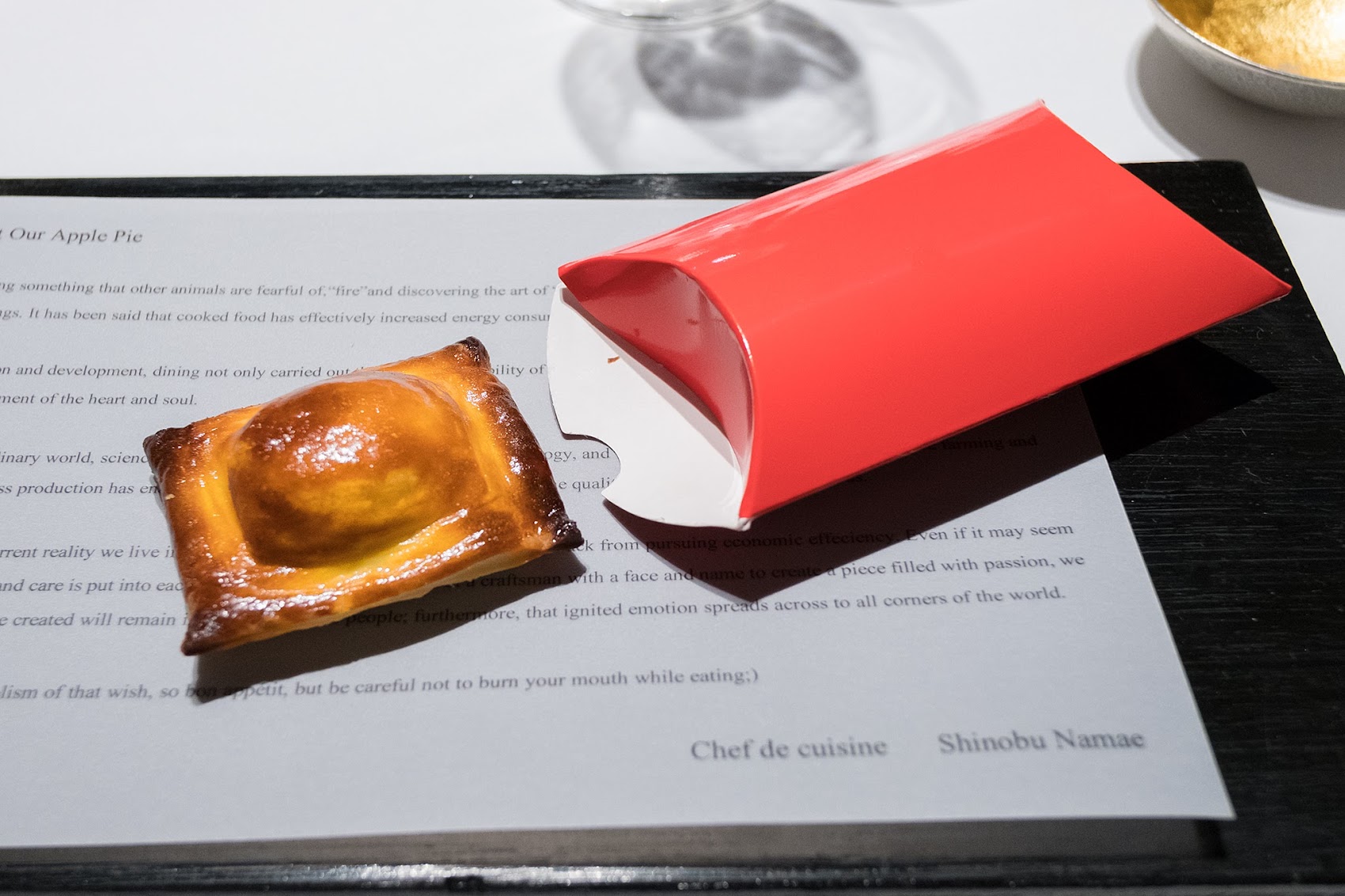 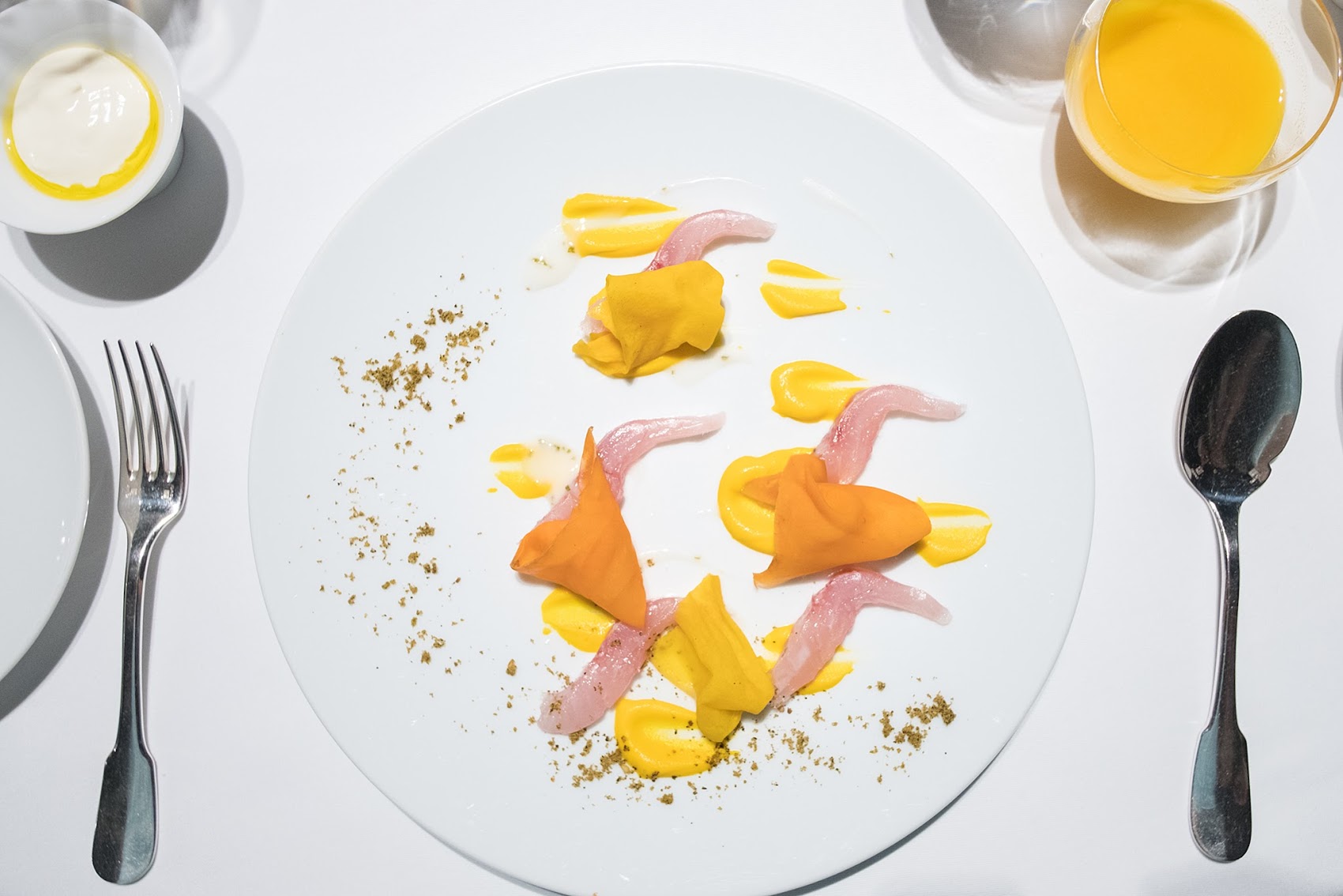 “Reminiscence – tribute to Oliver Roellinger”
Barracuda, pumpkin, green yuzu vinaigrette, neptune spice
The fish had a fantastic texture, which contrasted with the crunch of pickled dried carrots. The highlight was the 7-ingredient neptune spice, which draws inspiration from the great Oliver Roellinger’s “poudre de Neptune” – it changed the dish completely with its complex yet completely separable flavours. 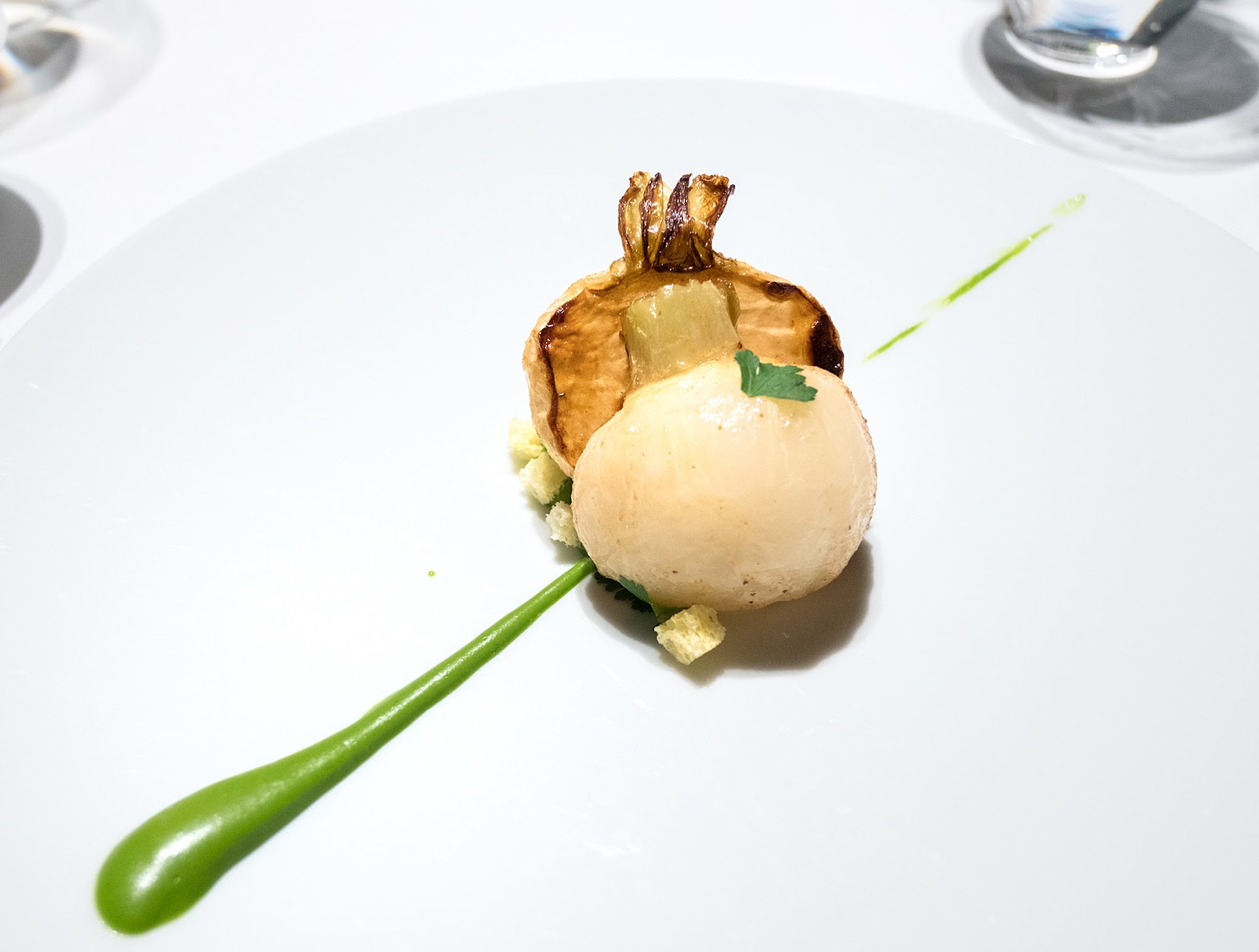 “A fixed point”
4-hour cooked Tokyo turnip, Basque ham, parsley, brioche
The restaurant’s signature dish, and the only item served throughout the year – the idea being to follow the changing of the seasons in the taste of the turnip. If only we’d be fortunate enough to visit so frequently! 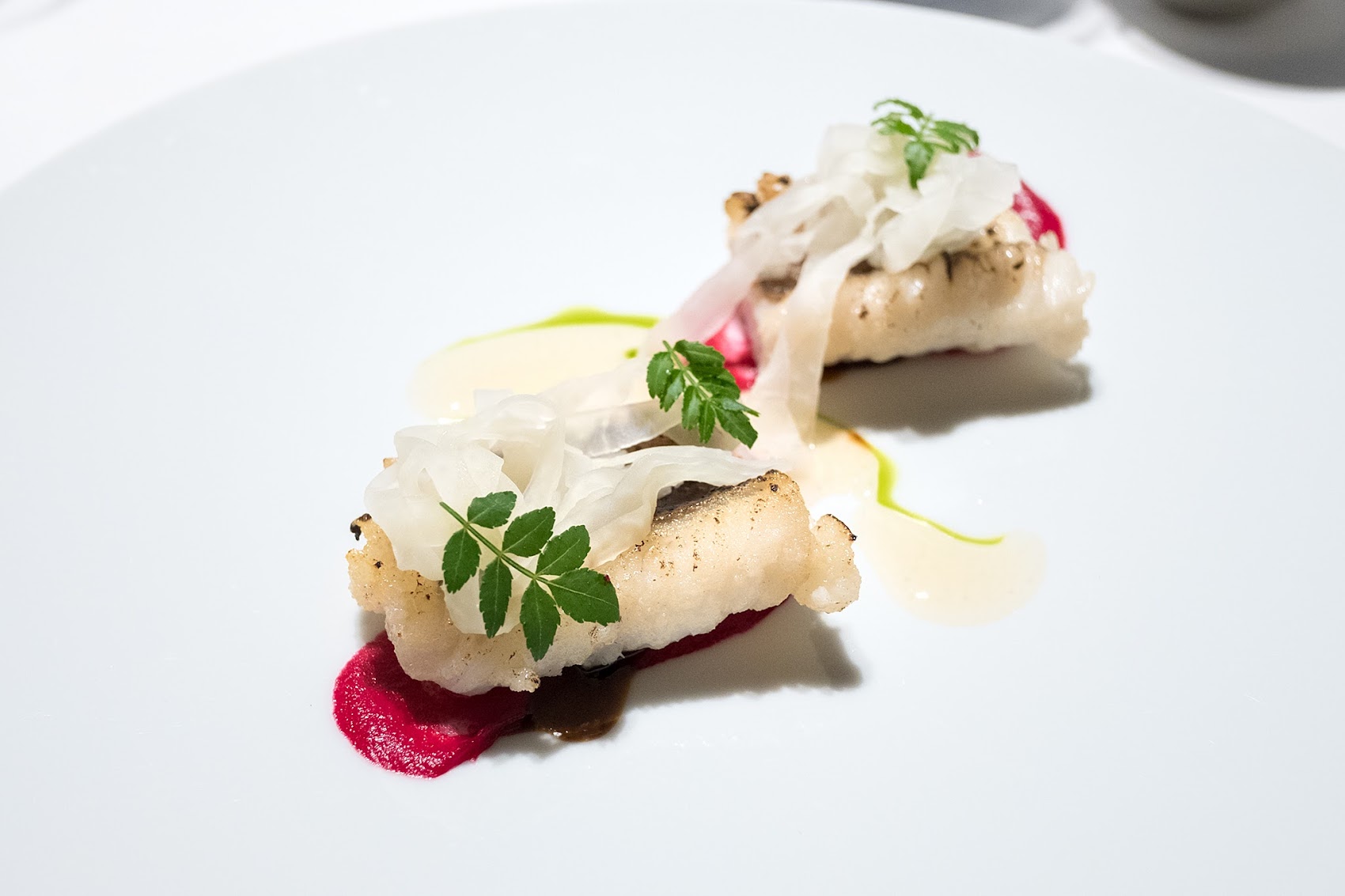 “At the beginning of Autumn”
Hamo fry-grill, lacto-fermented kohlrabi, beetroot, amaebi caramel
The conger eel was cut in the traditional Japanese hone-kiri style to break its bones. A small amount of wild sansho oil provided a pleasantly mild numbing sensation, which served to dampen the intense amaebi caramel. The latter was made with the heads and shells of the shrimp, reduced with brown sugar – ridiculously delicious. 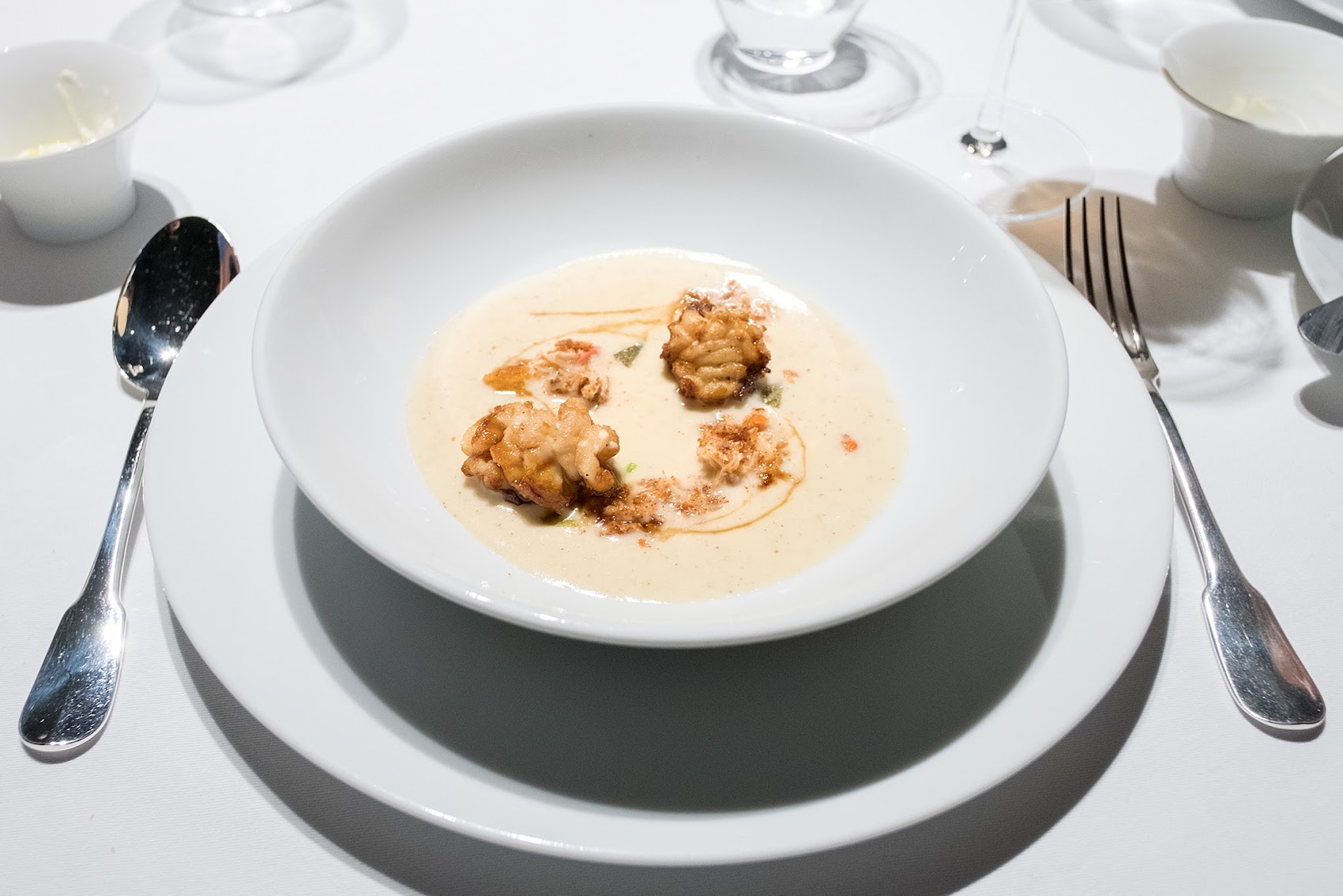 “When the cold wind blows”
Shirako, snow crab roe and sweet potato soup, salt-preserved lemon
My favourite dish of the night – the way the shirako was cooked made it taste like the best sweetbreads I’ve ever had, and the effect was magnified by an earthy wild boar caramel. Together with the sweetness of the soup, this was indeed a dish to fortify against the outside chill. 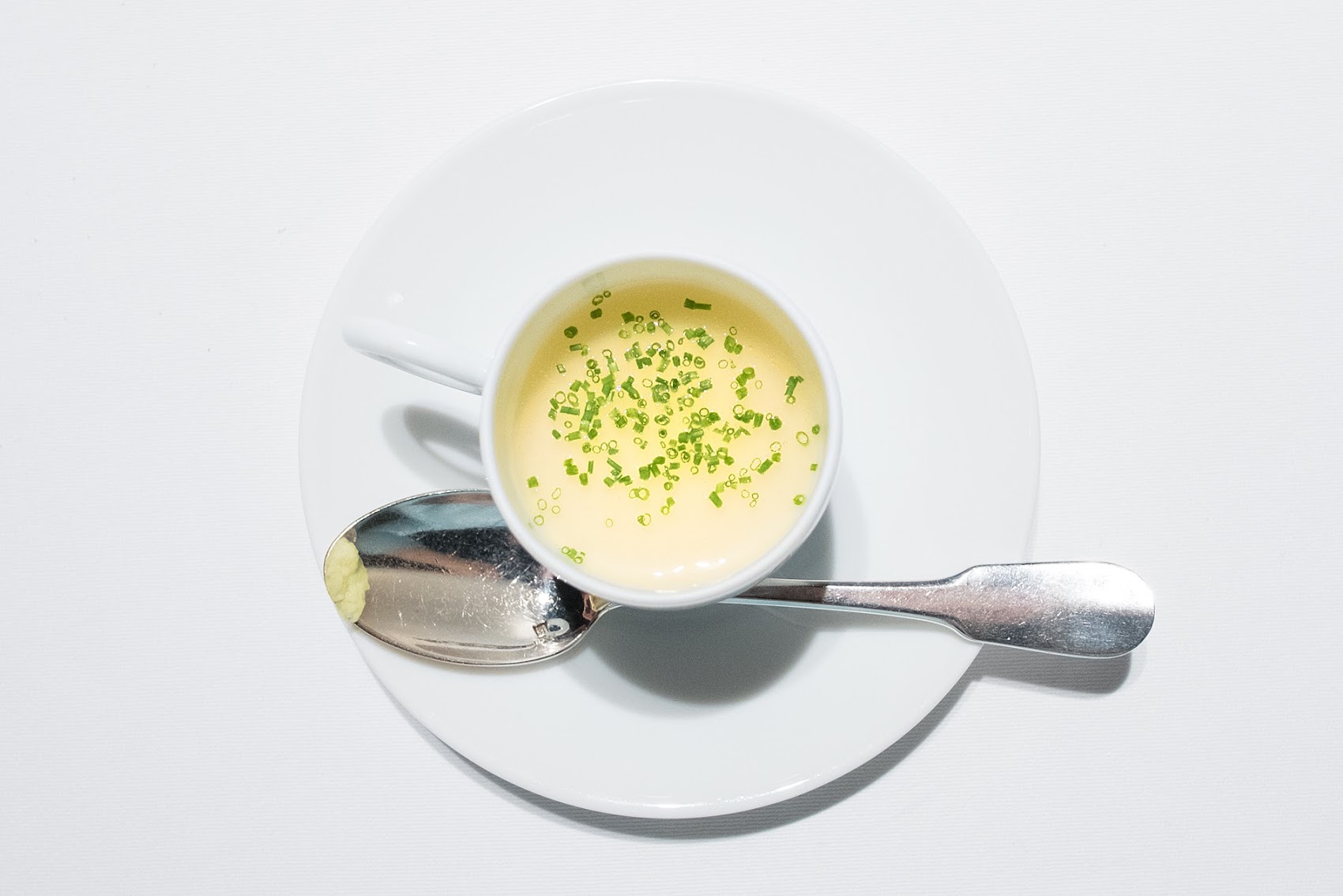 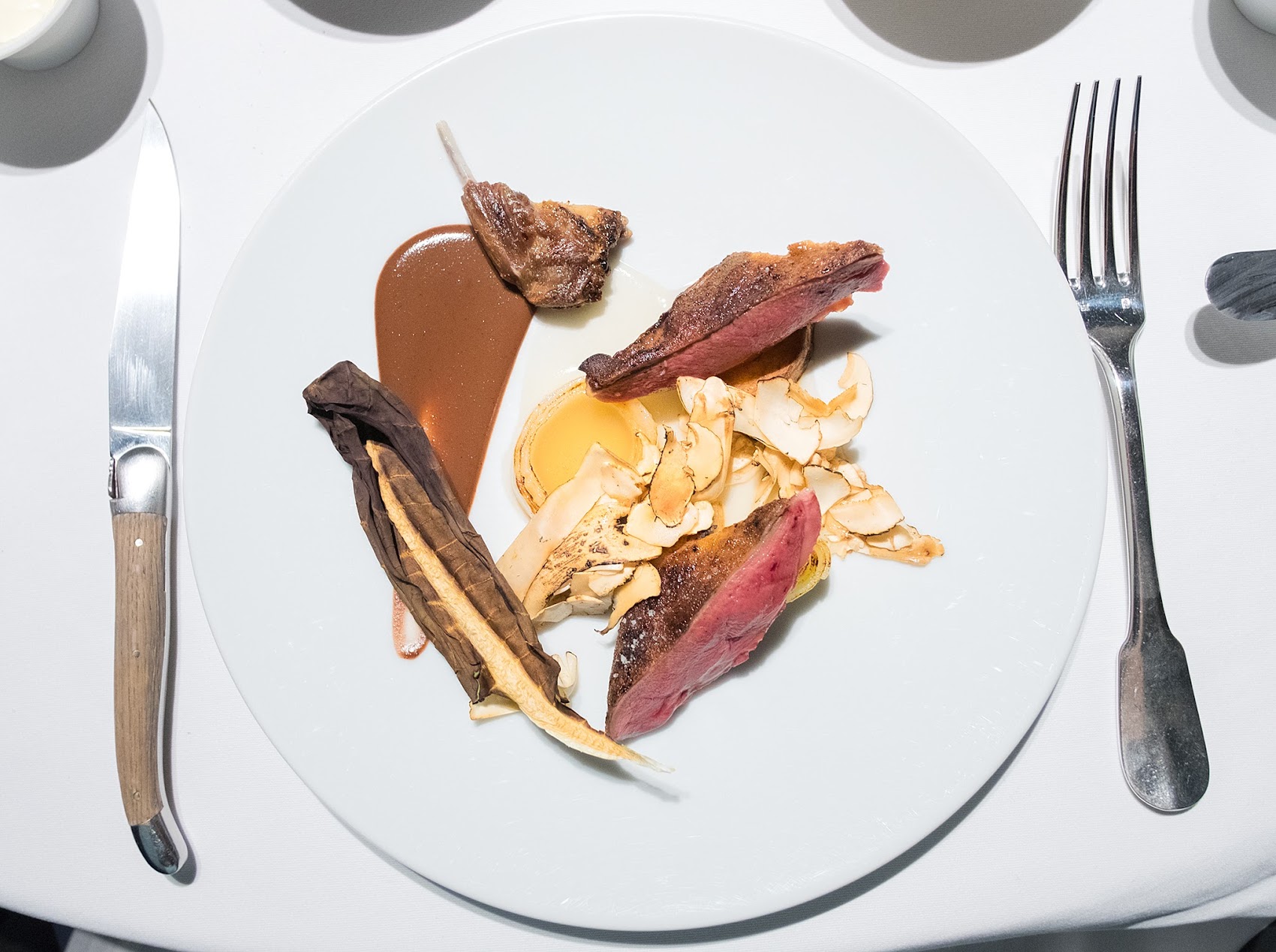 “Surrounded by Autumn scenery”
Char-grilled pigeon, asari clam jus, taro, leek, chicory, liver sauce
A bird cooked to textbook perfection – it almost felt like the kitchen was showing off. Extremely good, particularly with the contrasting flavours of the liver sauce and clam jus. The chicory added a necessary bitterness that played off the liver, helping to modulate the richness of the course. 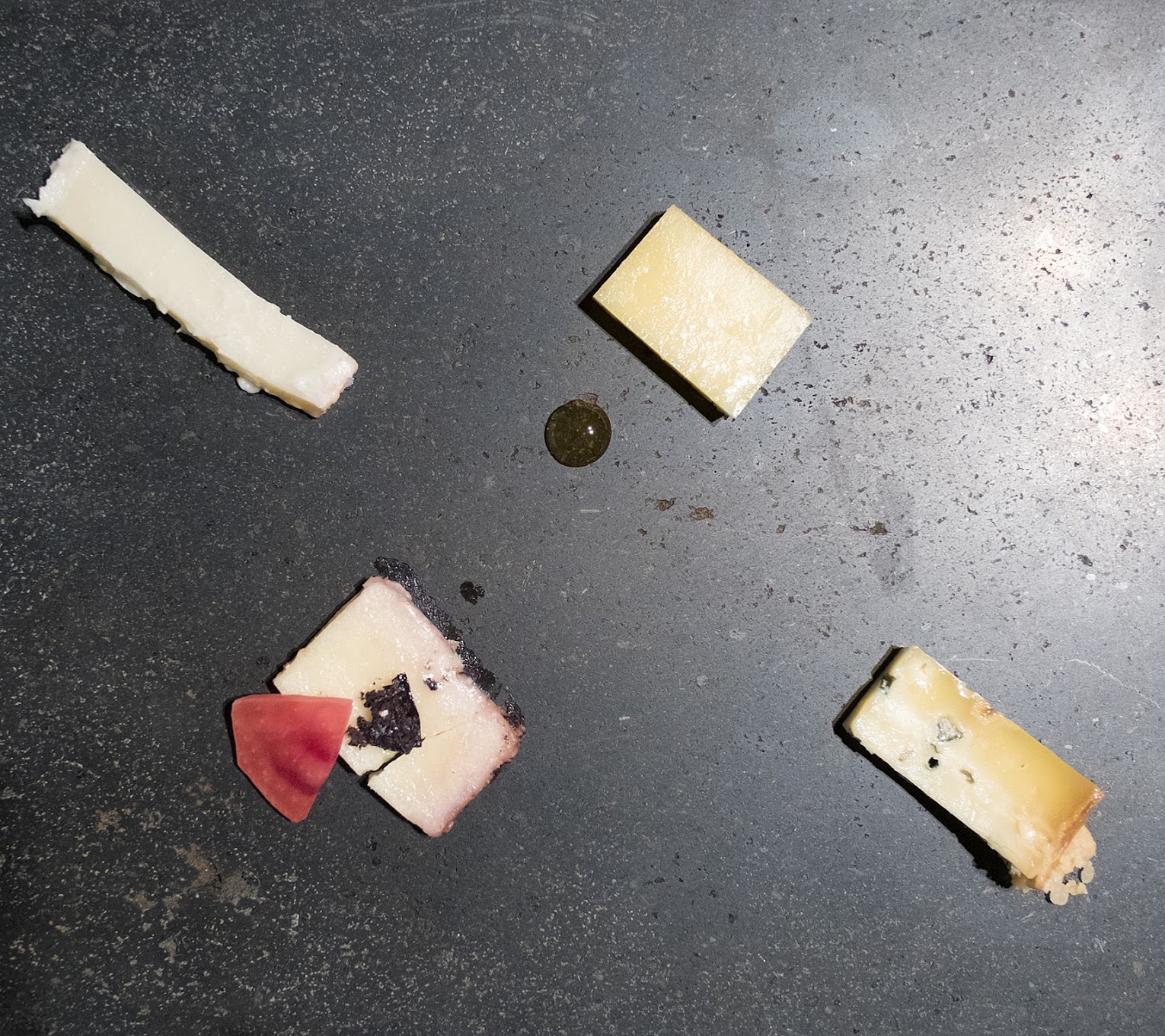 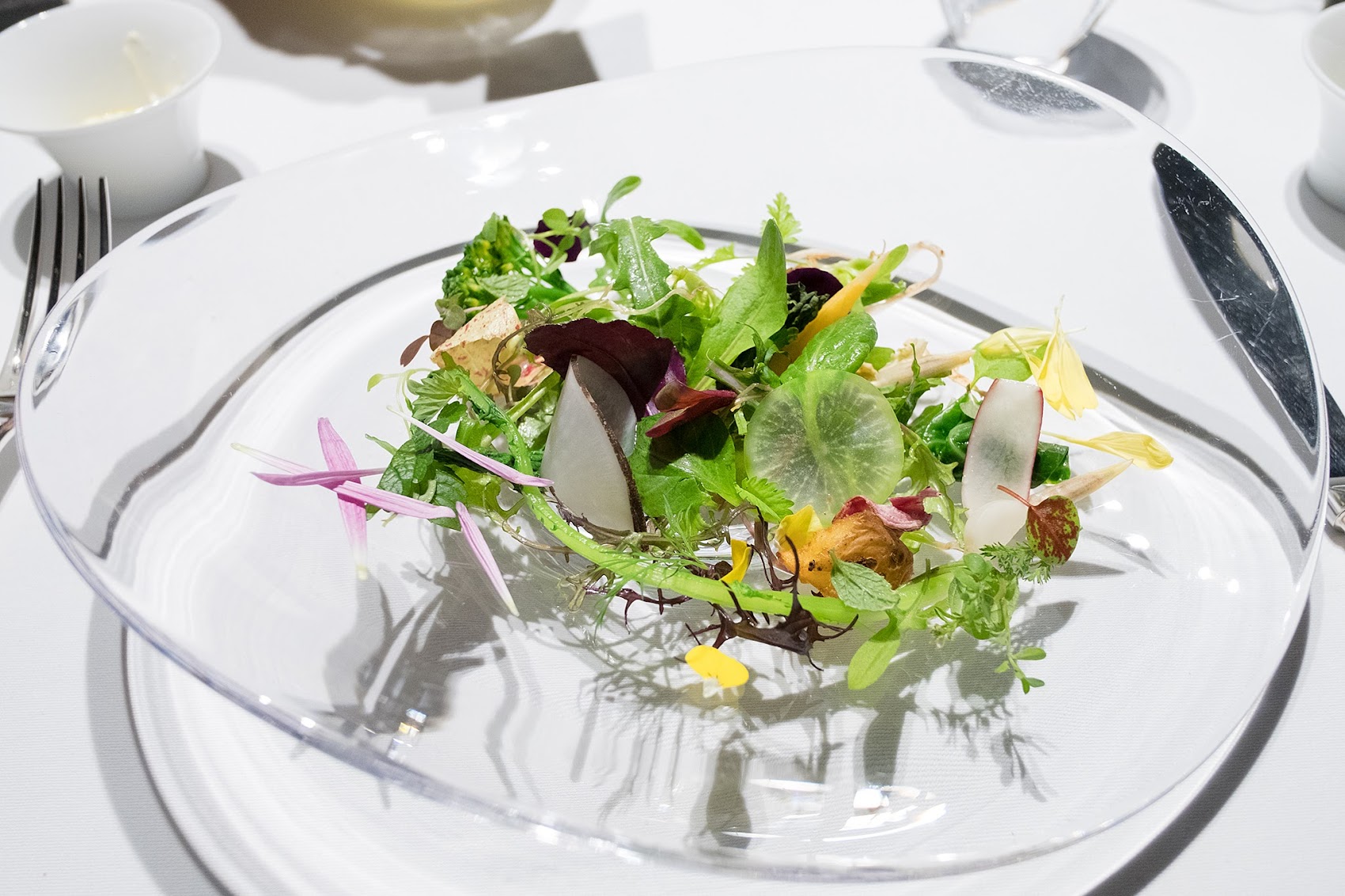 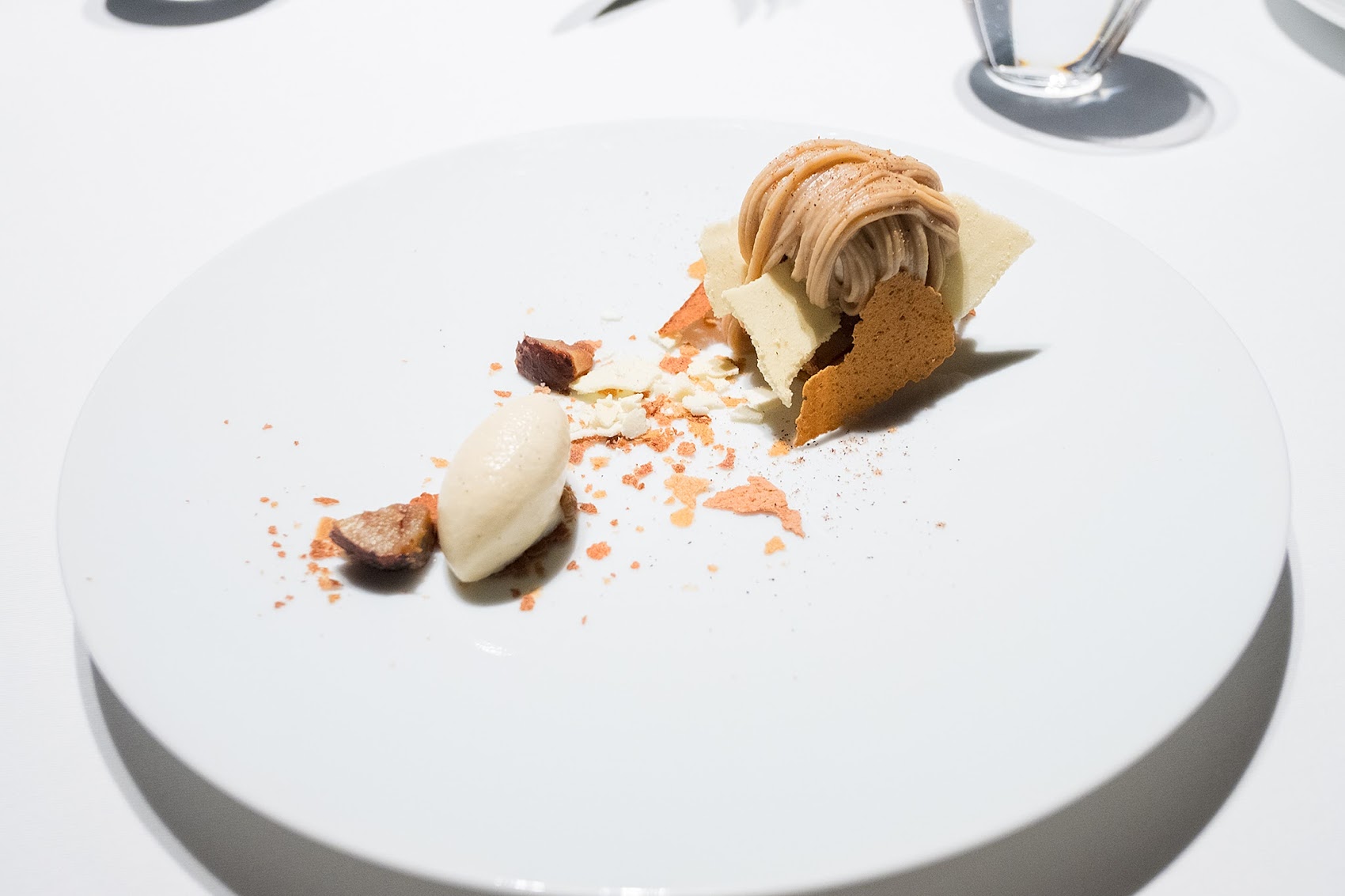 “Fade into each other”
Mont Blanc, blue cheese meringue, rum ice cream
An excellent take on a classic, using aged chestnuts and wild grapes. The sweetness was carefully calibrated, with the sharpness of the blue cheese meringue providing a nice counterpoint. The boozy ice cream added a tingly warmth on the palate. 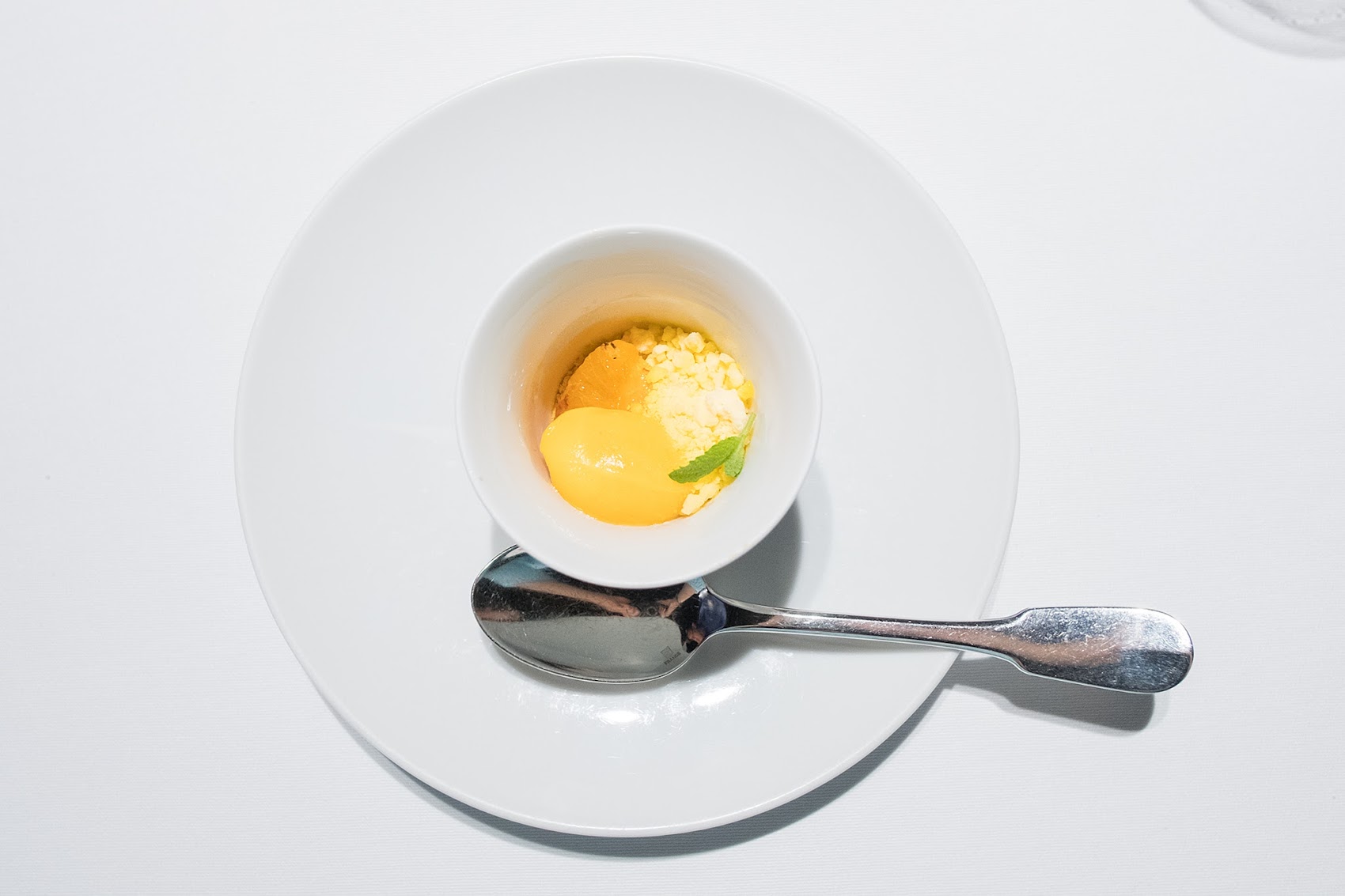 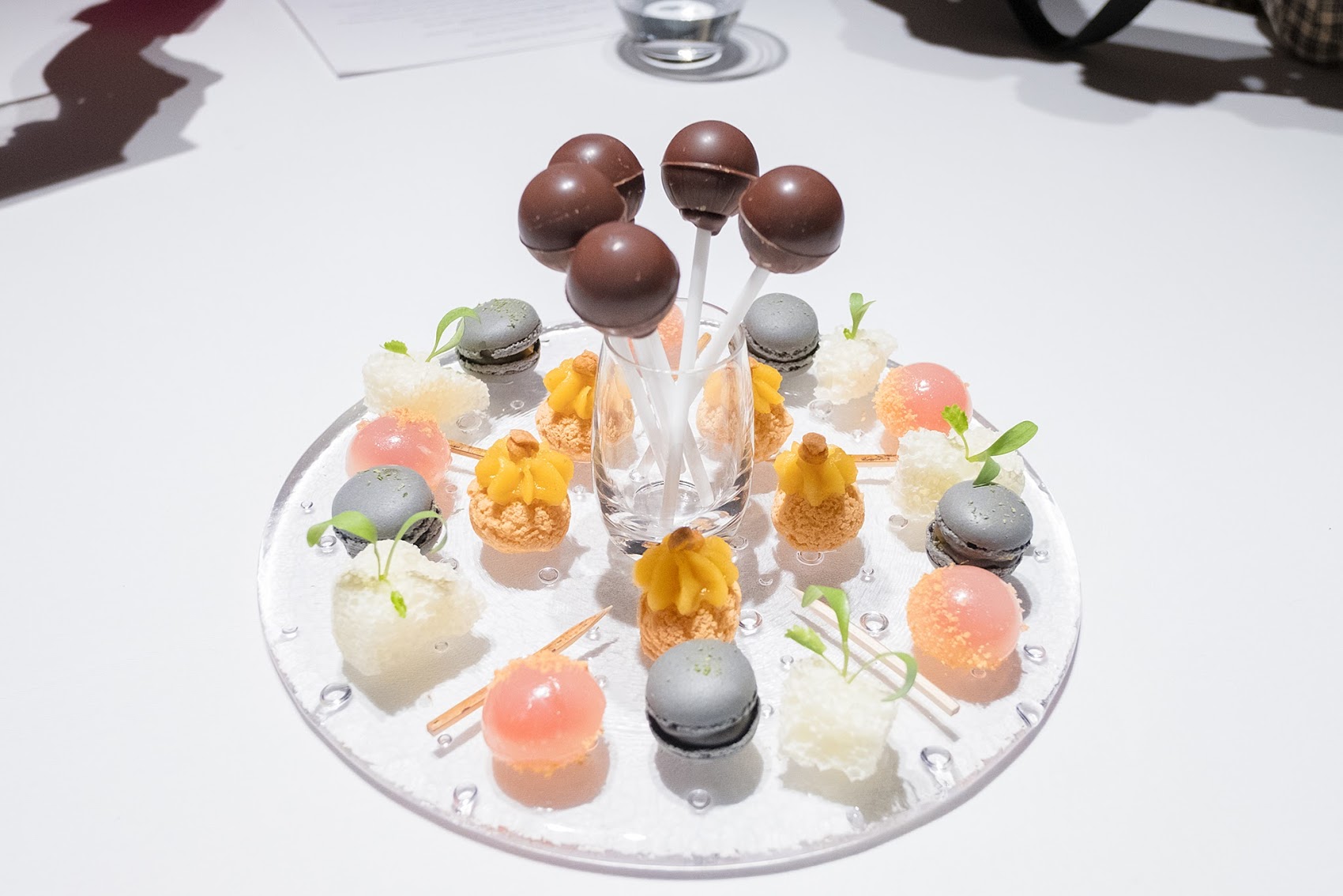 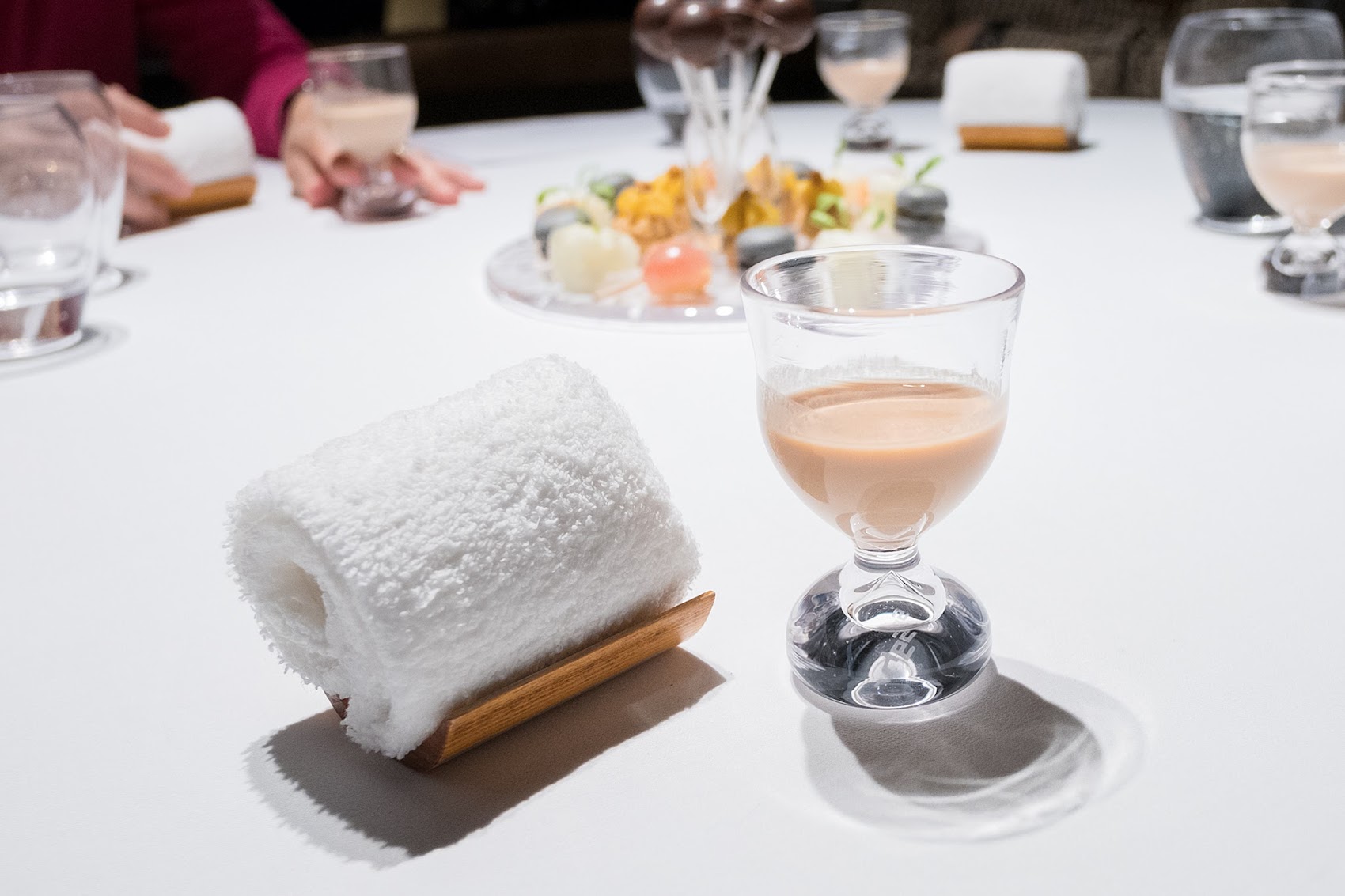 “World peace”
Peanut milk
Inspired by the dessert shot of the same name from San Francisco’s own State Bird Provisions – evidently Stuart Brioza and Shinobu Namae are former colleagues. It seems fitting that such a drink should be spread around the world. 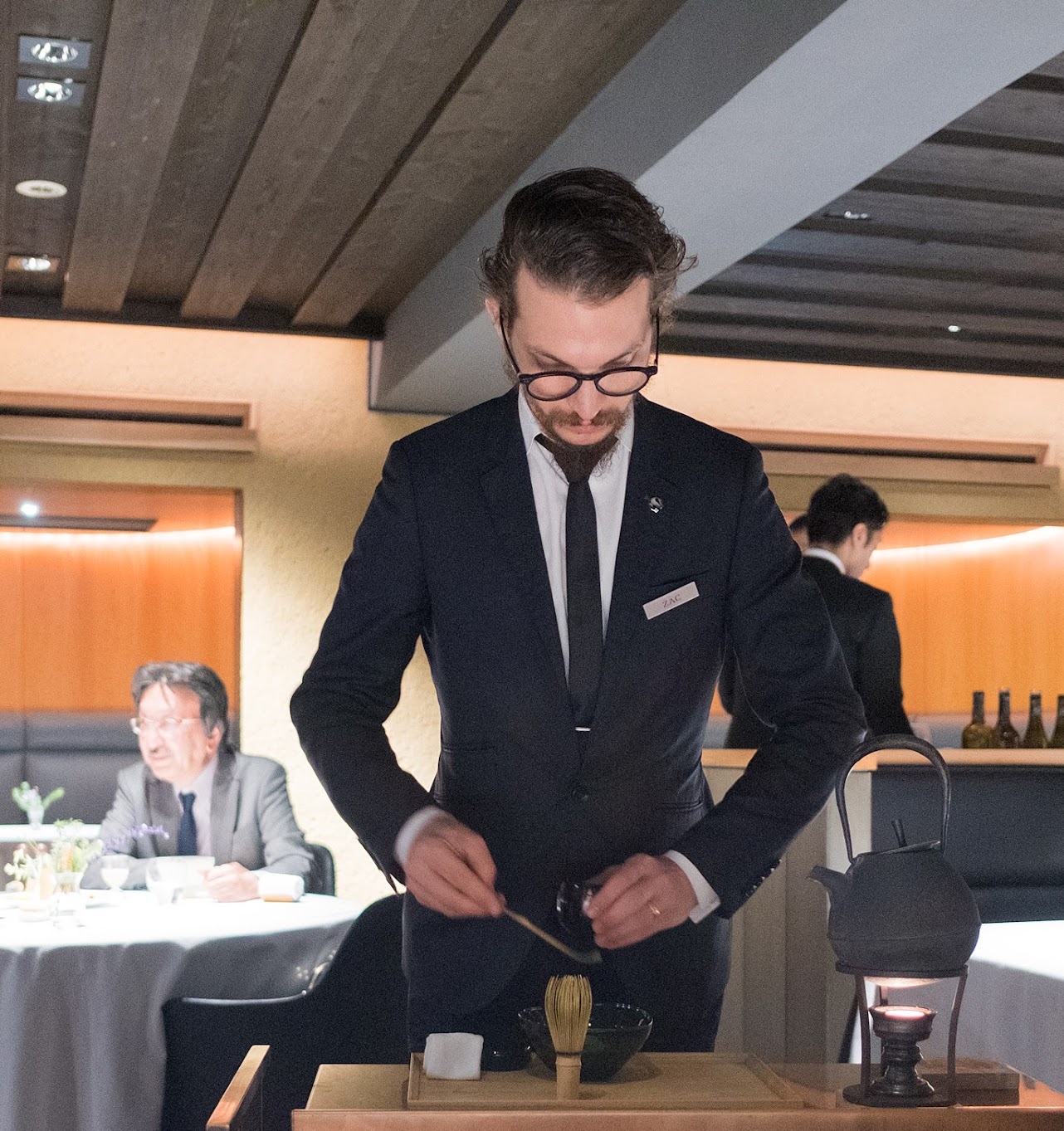 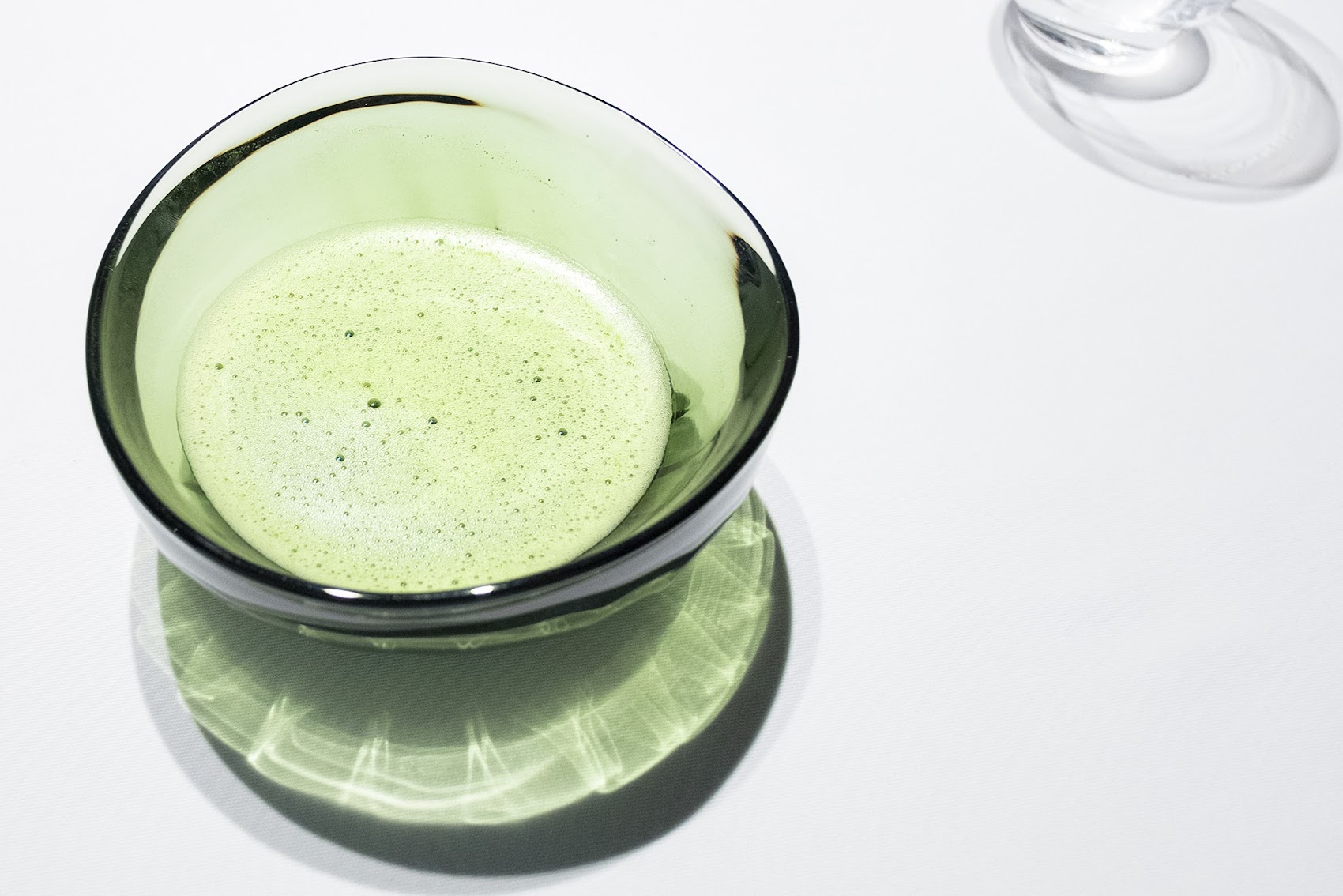 Matcha
Matcha was prepared by our maitre’d Zacchari Touchane – a bittersweet ending, literally and figuratively. We were sated but sad that our meal had drawn to a close.

This was the meal I enjoyed most on this trip – somehow, the flavours really connected with me. The kitchen put a lot of thought into the progression of the menu, varying tastes, temperatures and textures – it was ultimately filling but not overwhelming. The juice pairings were especially strong, incorporating components of each course (e.g. with the turnips, the pairing was a warm broth of juiced turnips and dashi). The multilingual staff, too, were excellent and very knowledgeable. I hope I get to return to try the 27th iteration of their apple pie.